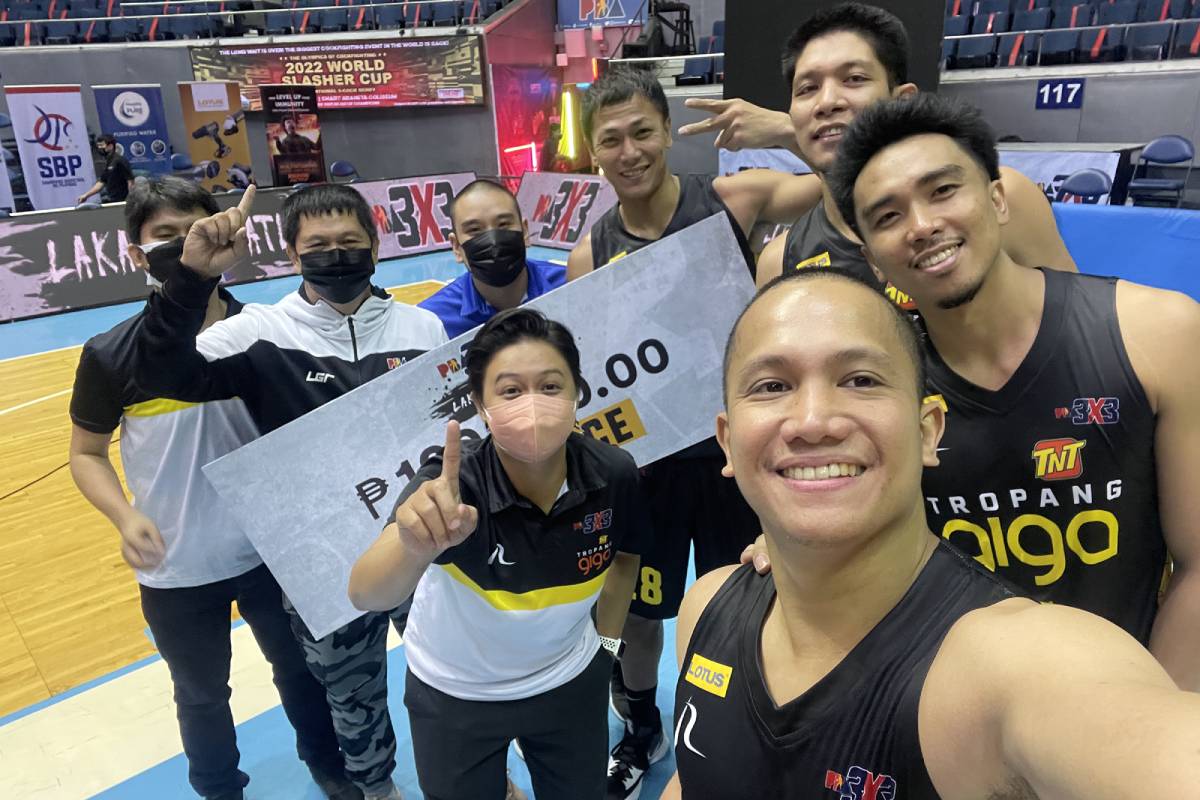 Almond Vosotros came through in the clutch once again as TNT outdueled Meralco, 21-19, in an all-MVP derby to lord over the 2022 PBA 3×3 Second Conference’s opening leg, Sunday at the SMART Araneta Coliseum.

The reigning scoring king drilled a cold-blooded two-pointer from the top of the key with exactly 43 seconds left, emerging victorious in a shootout with counterpart Tonino Gonzaga that saw the two trade deuces in the final stretch.

Vosotros finished with 10 points as the Tropang Giga also bagged home the 100,000-peso prize for ruling the FIBA 3×3 Level 5 tournament.

De Leon and Flores were the ones who put the Tropa ahead with consecutive buckets until Gonzaga tied it up with a two, 1:13 to play.

That’s when the epic exchange ensued. Vosotros hit a deuce of his own, but Gonzaga countered with another to make it 19-all with 55.0 ticks left.

But then again, Vosotros was not to be denied. He waited for Acuno’s screen for a bit, dribbled to his left, then pulled up upon seeing enough space between him and opposing center Alfred Batino to put an end to the tight encounter.

#ReadMore  Behind the scenes of PBA's first-ever online Awards Night

The Bolts were led by the 11 points of Gonzaga in the stinging defeat. Joseph Sedurifa contributed six markers, while Batino chipped in two. They bagged home P 50,000 in yet another runner-up finish.

Meanwhile, Barangay Ginebra edged the Appmasters, 21-17, for a third-place finish — its best finish in the PBA’s halfcourt competitions.

Encho Serrano led the Gin Kings with eight points, including the game-clinching free throws with 1:56 as he atoned for that late-game blunder he committed in the semifinals that cost them their match versus Meralco.