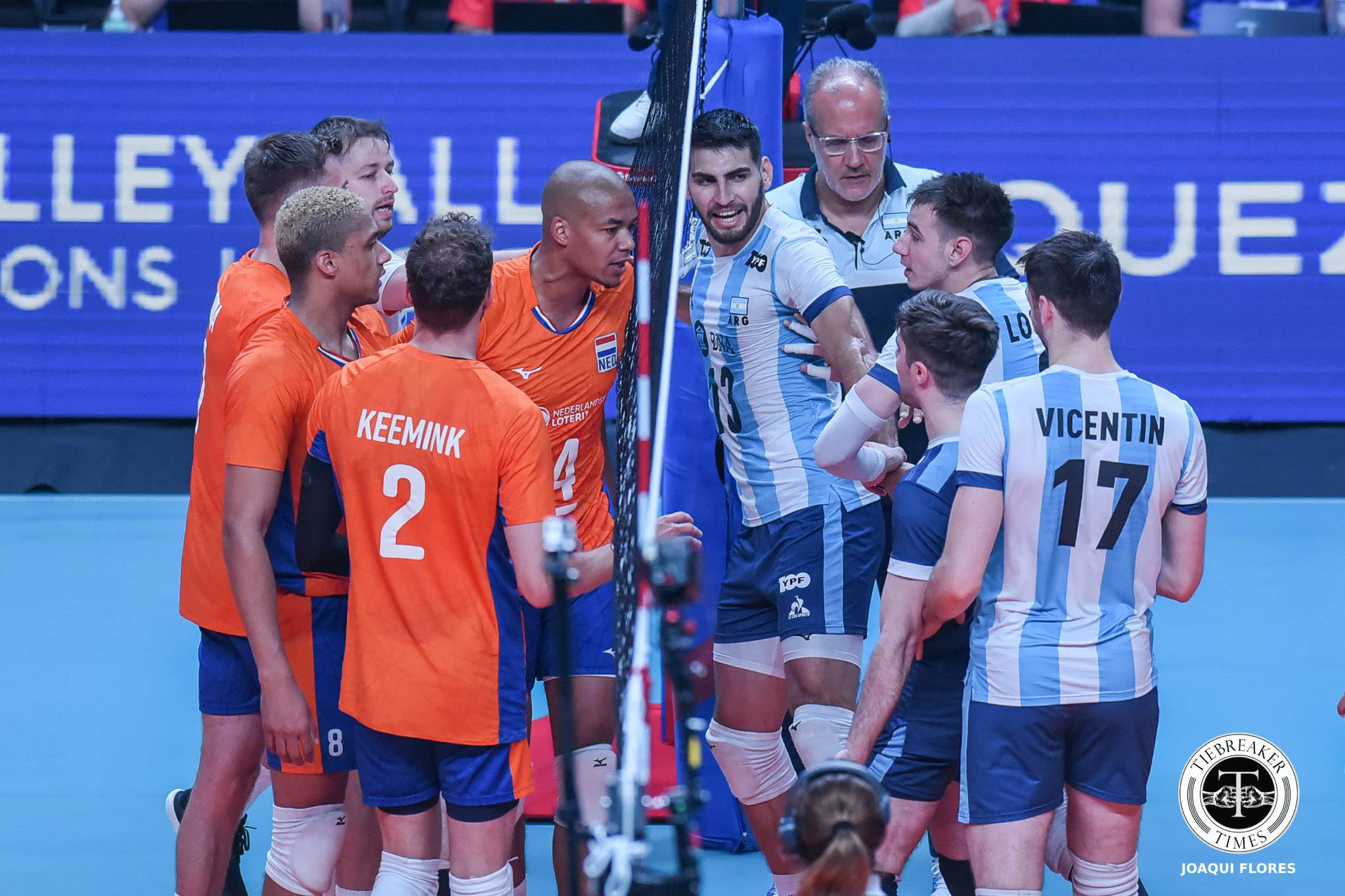 The win saw the Europeans at 5-3 – well inside the top eight heading into the final pool phase week.

As what happened throughout the match, the Argentinians built on their transition to mount an 8-4 advantage in the fifth and deciding set. The Netherlands had other plans, though.

The Orange Tulips eventually wrapped up the match at 15-13 with a strong hit from captain Nimir Abdel-Aziz.

Abdel-Aziz flexed his arsenal to carry the Netherlands in the crucial win with 24 points off 21 attacks, two serves, and a block. 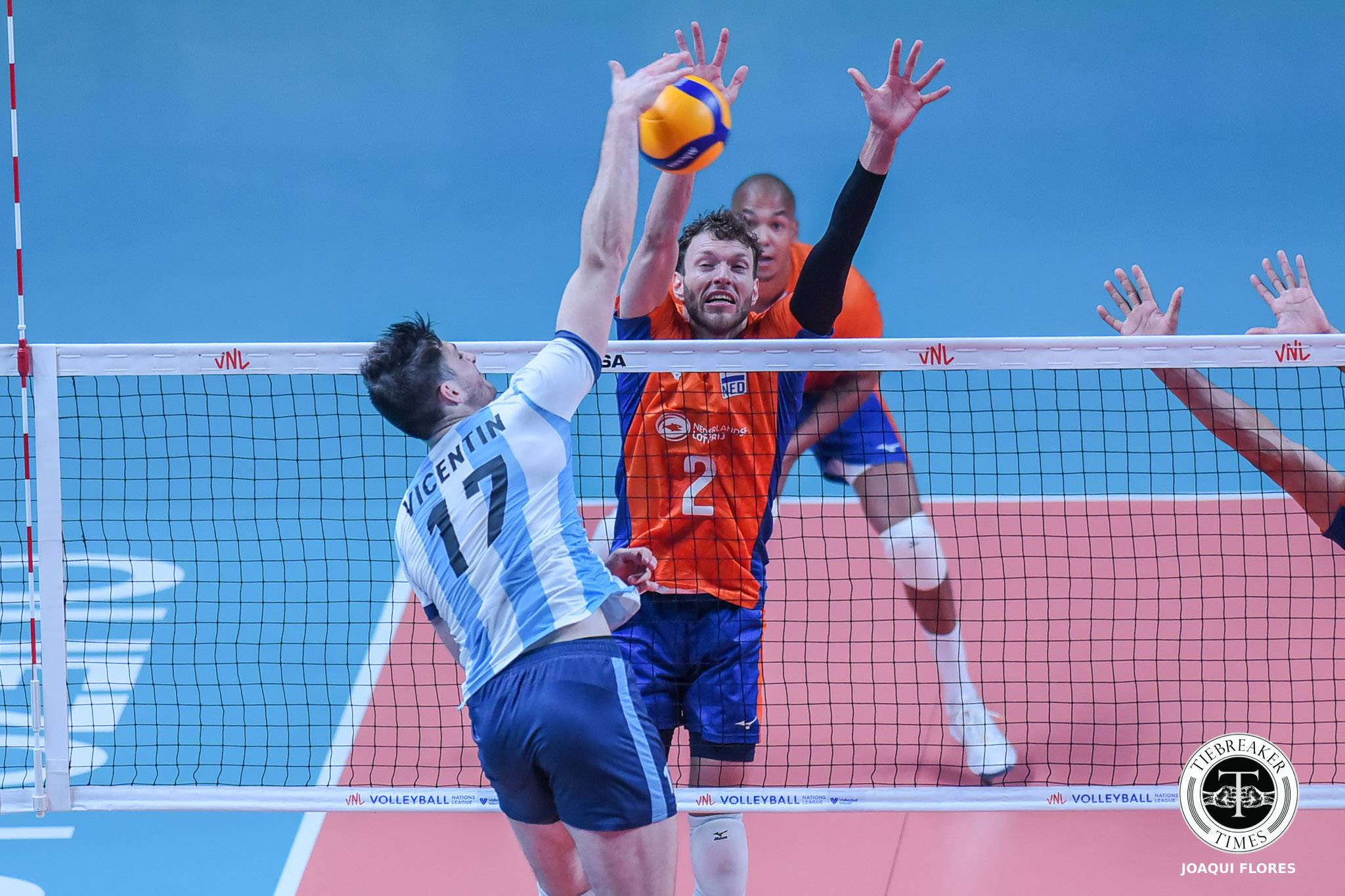 Bennie Junior Tuinstra, who finished with 18 markers on 17 attacks and a block, said, “I think in this game we did the same thing. We’re fighting for every point. You can also the match was very intense between us and Argentina.

“So, we were fighting and winning the important points.”

And intense it was.

Argentina went off ahead against the Netherlands in the opening set before the Europeans kept it close late. Nimir Abdul-Aziz saved a set point with a down-the-line kill, but an attack fault in the next rally gave the South Americans the set, 25-22.

In the second set, with Argentina leading at 7-5, Abdul-Aziz got mad at the first referee for not calling a floor touch at the instant. The Netherlands called for a video challenge, which was successful. Then the Dutch came within one, 6-7.

The Netherlands then channeled this intensity to put themselves in for an equalizer, which eventually Gijs Jorna claimed with a cross-court kill after three saved set points.

The third set continued to be a heated battle where Jorna received a red card for unsportsmanlike conduct, giving a point and the serve to Argentina. The South Americans turned to their net defense, with Loser taking charge at the net. Ezekiel Palacios then put on the finishing touches in the frame with an ace.

It was the Netherlands’ turn to get into their blocking to stifle Argentina’s attacks. With their offense clicking as well, Stijn van Tilburg forced a decider with a smart off-speed hit.

Fabian Plak was solid at the net for the Dutchmen with 14 markers on an all-around offense of five attacks, five service aces, and four blocks.  Meanwhile, Jorna added 12 markers on 10 attacks, one block, and one ace.

The Netherlands will take on China (2-5) on July 6 at 5:00 PM in Gdansk, Poland in their next match for the final leg of the preliminary round.

Outside hitter Lima once more took charge for the South Americans with 21 points on 19 attacks, one block, and one ace. Palacios added 19 markers on 15 spikes, three serves, and a block.