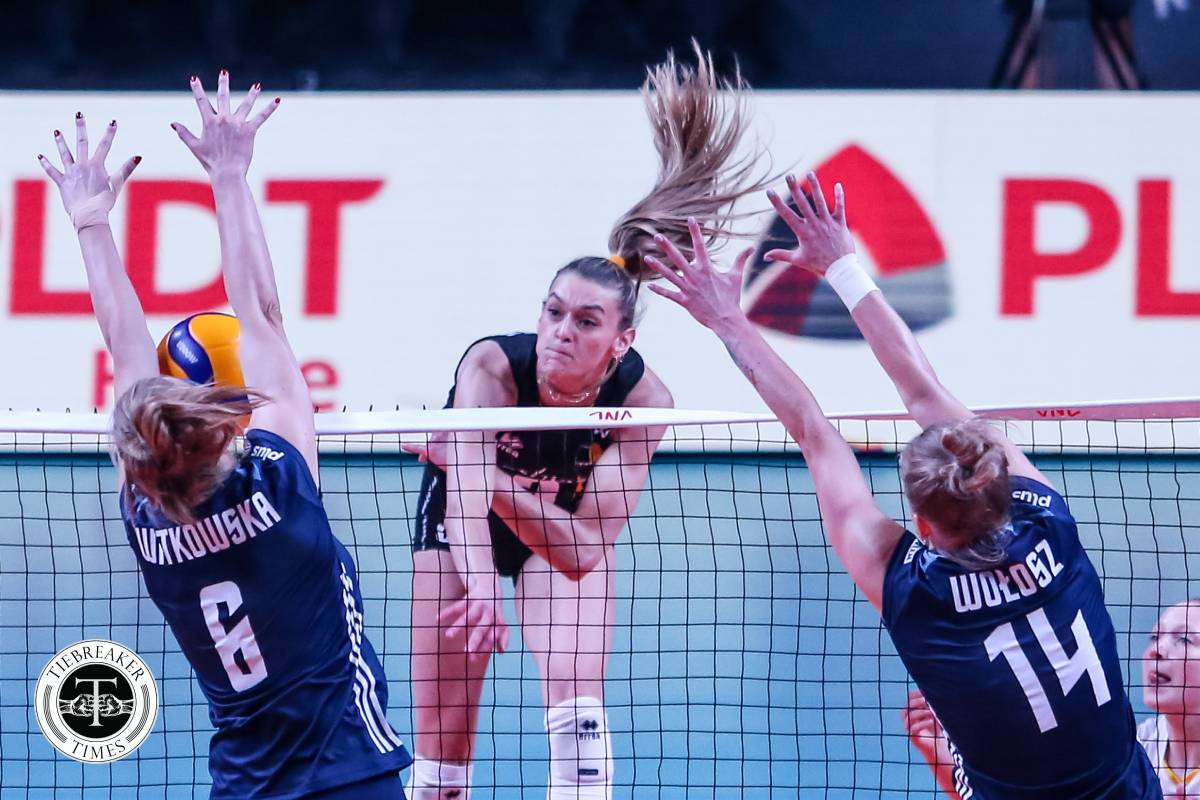 Led by Britt Herbots, Belgium got off to a strong start in the opening set after showing aggressiveness on the offensive end en route to a 25-20 victory.

Poland came alive in the second set as they built a lead that stretched to as much as six points. A block at the net by Olivia Rozanski allowed the team to secure a 25-15 win and tie the game at 1 set apiece.

Come the third set, Gert Vande Broek’s crew capitalized on Poland’s costly errors as they regained the match lead with a 25-22 advantage.

Poland refused to go down easily as they eked out a 25-22 win in the fourth set via an off-the-block hit by Magdalena Jurczyk.

With momentum on their side, the Polish spikers burst to a quick 9-5 start. Then Belgium overcame the deficit and closed the game on a 15-13 triumph.

Herbots played a pivotal role in the win after carrying most of the scoring load with 33 points.

“I know it’s my role in the team so I know that I get a lot of balls. It’s important to score of course, but like the most important thing today was that we really fought like a team,” the 22-year-old outside hitter stressed.

“Maybe I scored a few more balls, but also the blocking was great, we dug a lot of balls. Some people came in and served amazing. So it was a really, really tough fight, but I’m happy with the two points.”

Belgium managed to carve out the hard-fought win despite being outscored by its opponents in terms of attacks, 58-71, and blocks, 8-12.

Martyna Lukasik bannered Poland with 25 markers on 22 hits to go with a block and two service aces. Martyna Czyrnianska chipped in 21 points on 18 attacks and three service aces of her own.

Poland has already concluded its Week 2 campaign. It currently holds a 4-4 record for the eighth spot in the standings.