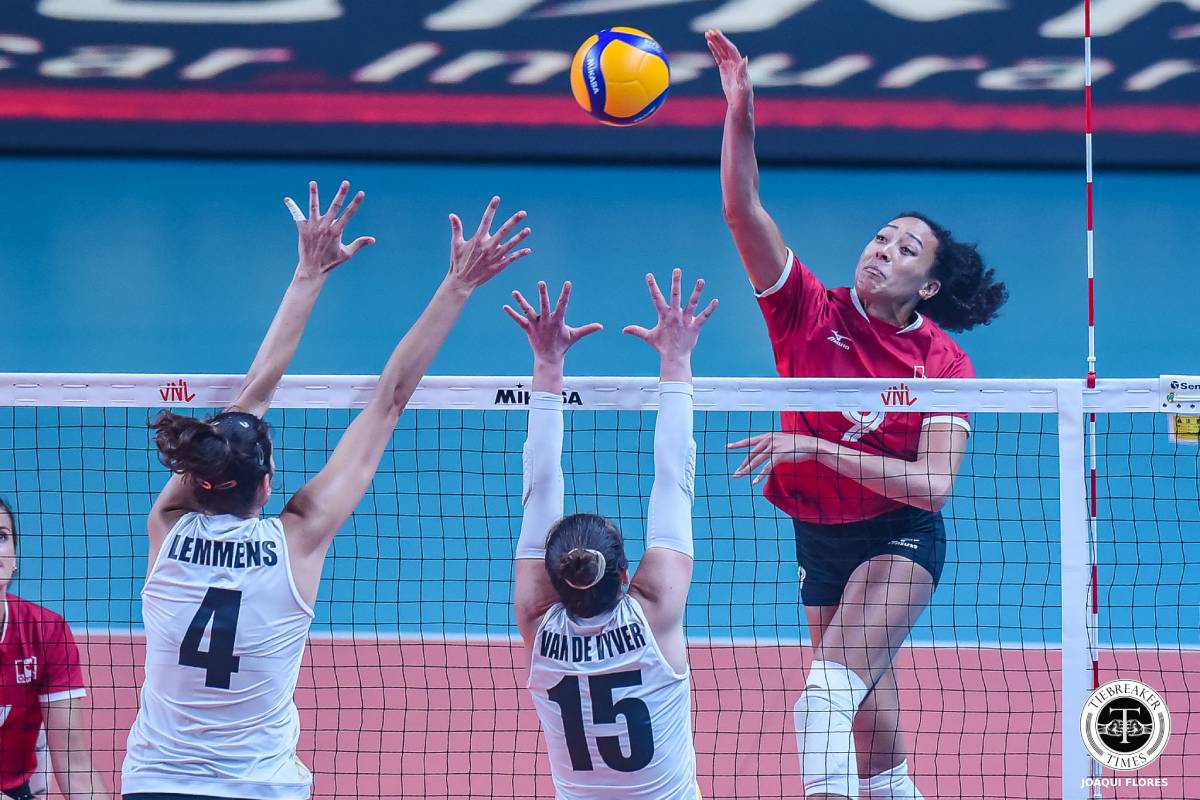 Canada pierced through against Belgium to bounce back in the 2022FIVB Volleyball Nations League, taking a close 25-22, 25-21, 22-25, 25-22 victory, Thursday afternoon at the SMART Araneta Coliseum in Quezon City.

The victory also was a welcome development as Canada suffered a stinging 0-3 loss to Thailand in their first game here.

Kiera Van Ryk made her impact from both the front and the back in the ending part of the fourth set before Alexa Gray closed it out with four straight kills for a Canada win — the first win against the higher-ranked Belgium after three previous defeats.

“I feel good, because like I said I’m happy that we won. They are a challenger team and we also are one, so it is a very good game for us to win,” said Van Ryk of this streak-ending win.

“They took us out last year at the end of VNL and it was hard to take that loss, but I’m happy with the way that we were able to come in and fight, We did a good job and I’m really happy with the win,” added the 23-year-old outside hitter.

After trailing early in the match, Canada was able to turn it around in the first set, capitalizing on Belgium’s hitting errors to take the frame with 25-22.

Belgium’s passing woes carried into the second set leaving them with easy chances for Canada in transition. With Van Ryk on the forefront of the offense in the set, the Shannon Winzler-mentored squad took the second set at 25-21 and put themselves a set away from a breakthrough win.

The Yellow Tigers had other plans for the third set as some adjustments in their reception led to a huge 15-9 advantage, forcing Canada to call for time.

Canada responded well and knotted the third at 20 before Britt Herbots steered the Belgians to win the hotly-contested frame at 25-22, and forced another set in the match.

Gray finished the match with 24 points on 23 attacks and a block, while Van Ryk ended with 22 points on 20 kills and two aces. Middle blockers Emily Maglio and Jennifer Cross also had a strong showing at the net with four and three blocks, respectively.

Herbots paced all scorers with 29 points on 24 attacks, four blocks, and one ace. Captain Celine Van Gestel added 16 markers on a 12-2-2 score line.

Canada zoomed to a 3-3 win-loss record, while Belgium slipped to 1-5.