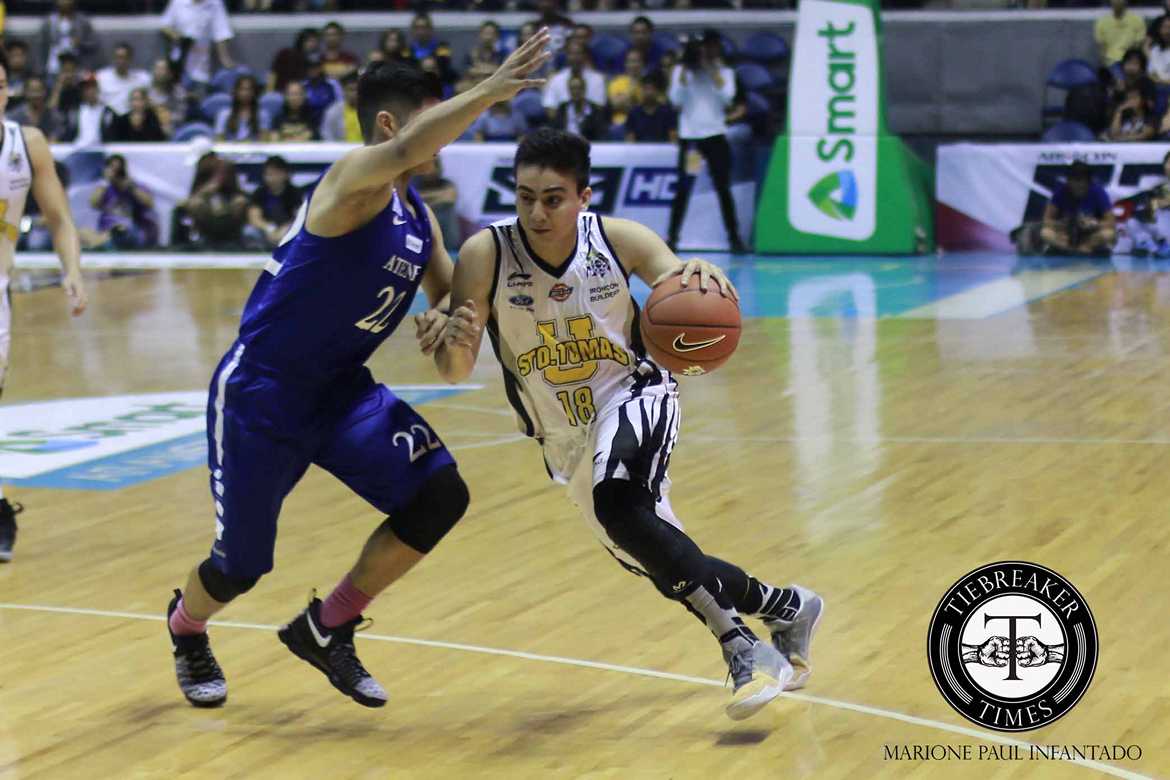 The University of Santo Tomas Growling Tigers and the Ateneo de Manila University Blue Eagles were neck and neck in the first three quarters of their opening day tilt.

During the first 30 minutes of action, both teams were tied 13 times and exchanged leads 18 times. However, the Blue Eagles were able to breakaway early in the final frame, going on a 14-2 rally that saw the cagers from Espena trying to match the suddenly-hot shooting of their opponents.

“Breaks of the game. Last three minutes in the third quarter medyo they were making their shots,” the 6’2 winger shared. “Hilaw yung close out namin. We didn’t change our defense.”

UST stuck to its plan of utilizing its zone defense even when Ateneo was making their shots from downtown, converting on four of their six triples in the final ten minutes of the game.

When Ateneo’s shooting turned sour, the hosts tried to make a comeback attempt, even cutting the once 14 points lead to just five with 54 seconds remaining. However, a backbreaking jumper by Aaron Black ended their comeback bid.

Vigil for his part struggled in the final frame, scoring just three points after putting up 18 in the first three quarters. The King Tiger believes that his and his team’s struggles was more mental rather than the opposing defense.

Leaving this game behind, the 24 year old senior vows that the hosts will bounce back.