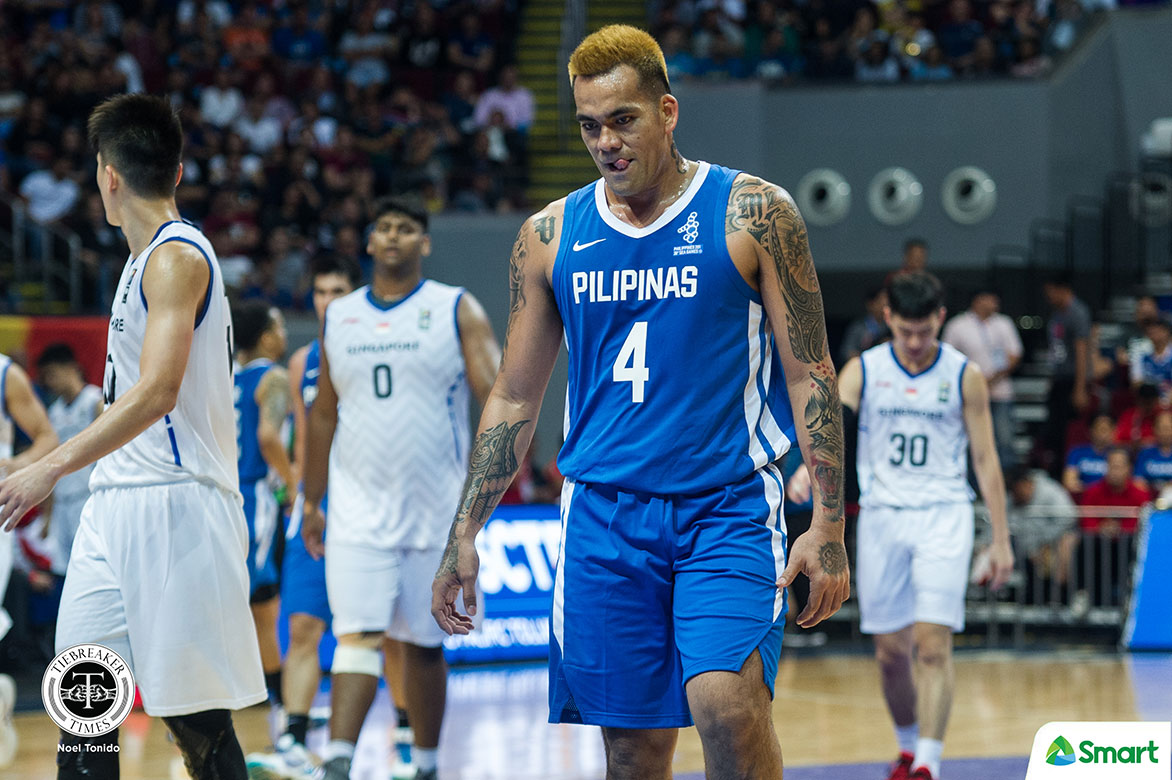 Vic Manuel has not reported yet to Gilas Pilipinas’ practices since receiving the invite to join the national team’s talent pool for the upcoming FIBA Asia Cup 2021 Qualifiers early last week.

The veteran forward and his Alaska Aces teammate Abu Tratter were called to be part of the team following the withdrawal of big men Christian Standhardinger, Japeth Aguilar, and Mac Belo.

Tratter has already joined Gilas’ preparations after missing a couple of practices, since they were with Alaska in its team-building sessions when the invitation came in their way.

Manuel, meanwhile, has yet to at least visit Gilas. Instead, he has been juggling daddy duties with Alaska practices following the birth of his daughter last week.

He even shared that he only had a few hours of sleep before playing in the Aces’ tune-up game versus the Phoenix Pulse Fuel Masters, Monday morning at the Upper Deck Sports Center in Pasig.

Manuel, though, has already discussed things with Gilas head coach Mark Dickel. And fortunately, the Kiwi bench strategist, as well as the team, understands that family comes first.

When asked when will he attend Gilas’ practices, Manuel said he might go once he recovers.