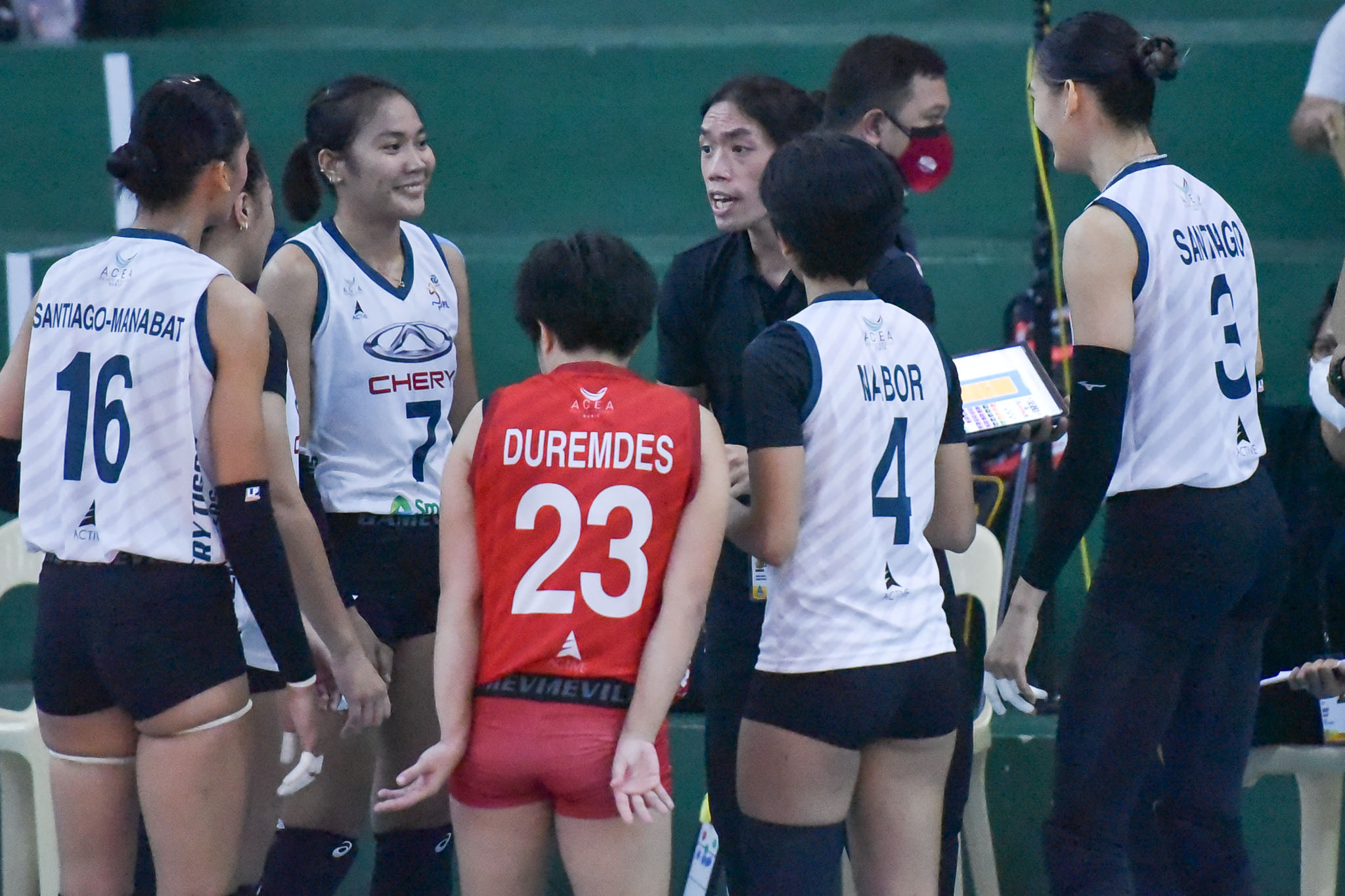 Back in the early 2000s, Laniog and Velez teamed up for four seasons in the NCAA with College of St. Benilde. The partnership, however, failed to produce a championship. They settled for second place, bowing thrice to San Sebastian.

The two got their redemption title eight years later, but this time around they were the ones standing on the sidelines. Laniog steered the Blazers to the Season 92 title with Velez as his right hand.

The partnership eventually extended across the street. Laniog brought in Velez when he became the Green Spikers’ head tactician in 2019.

But on Sunday, the two found themselves on opposite sides of the net. Velez’s Crossovers took on Laniog’s Angels in the Premier Volleyball League Open Conference at the PCV Socio-Civic and Cultural Center.

And the two relished every moment of the contest.

“The winning and losing are extra for me. Our camaraderie is really way beyond because he’s also my teammate during our college days. And we just share our knowledge and is very healthy for us to compete in one league,” said Velez, moments after Chery Tiggo’s 25-18, 25-20, 25-22, win against Petro Gazz.

“Honestly, it’s overwhelming. I have high respect for him.”

Laniog is proud that he and Velez are now in one league.

Moreover, he is just glad that Velez finally has a team that he can call his own. 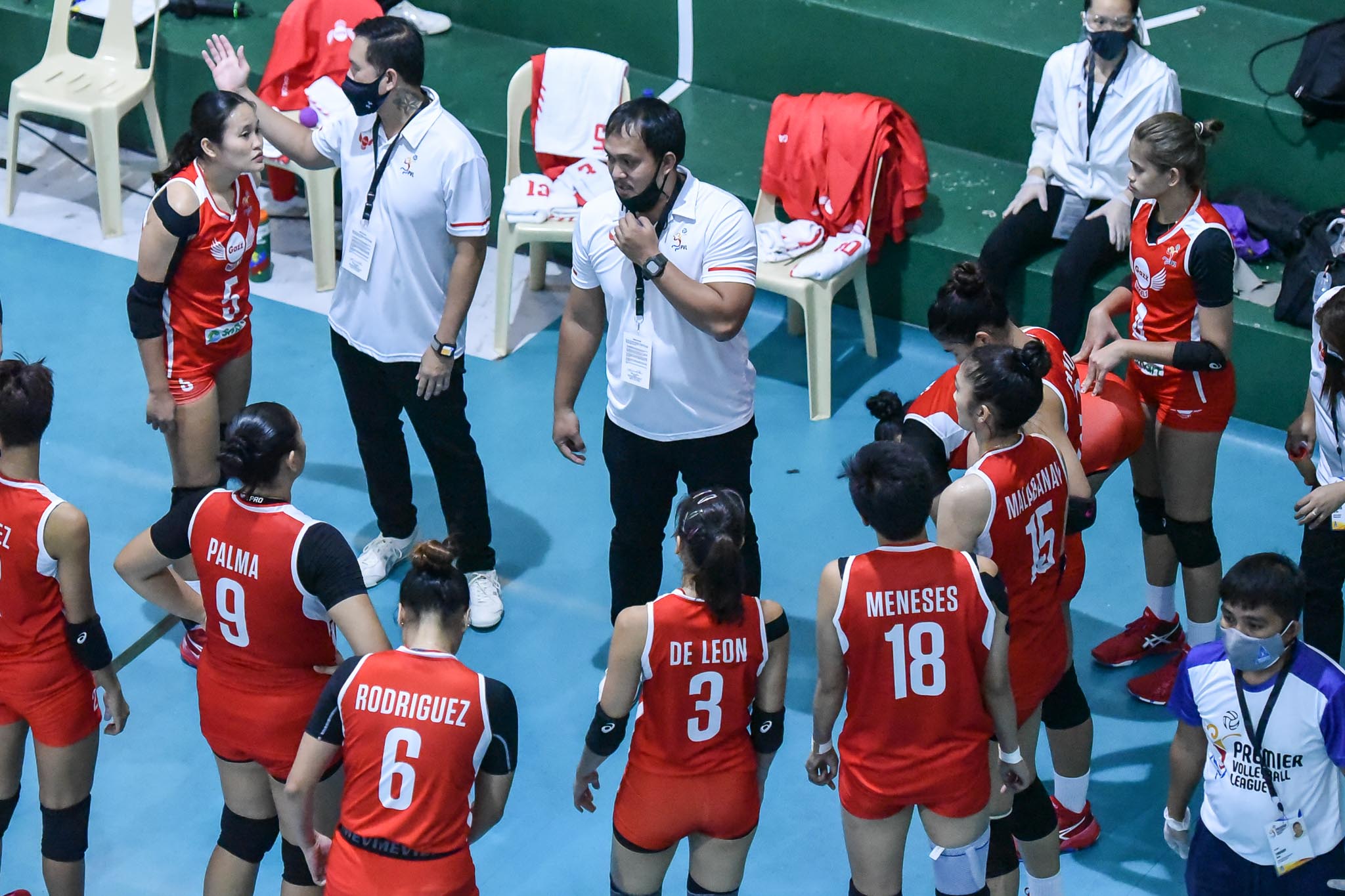 Chery Tiggo is currently at the third spot with a 5-2 record. Meanwhile, Petro Gazz remain in fourth with a 4-2 standing.