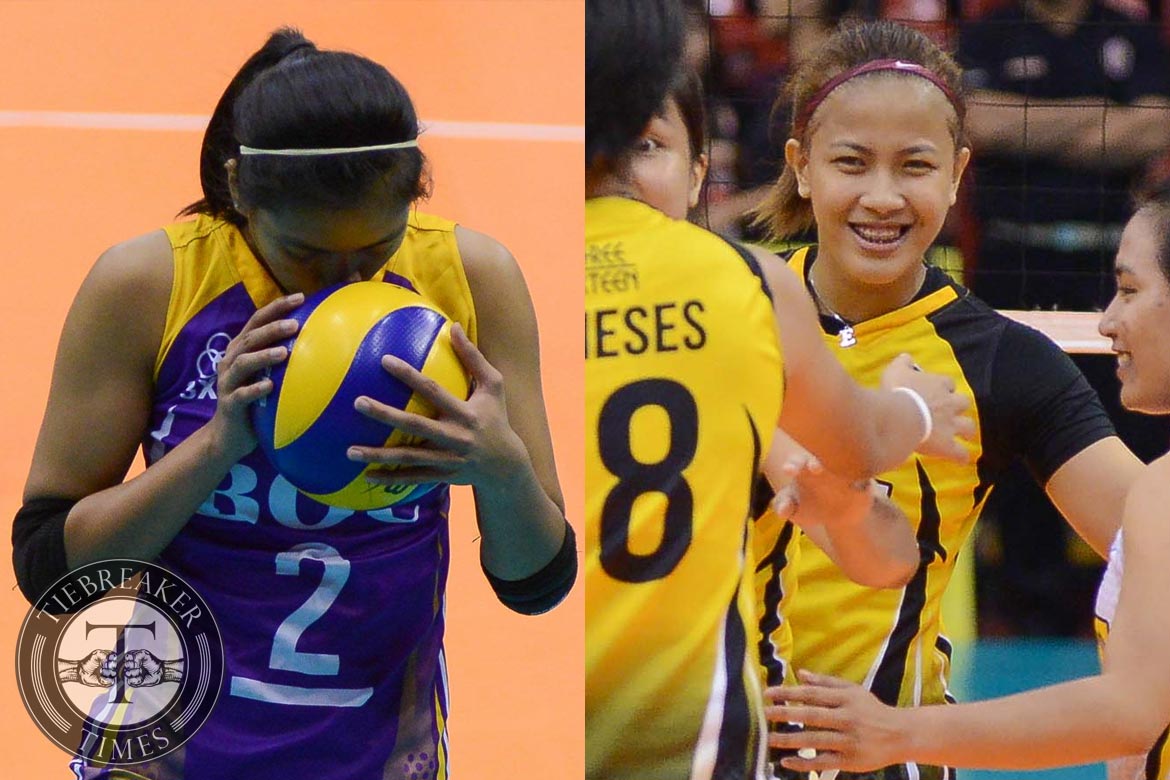 The University of Santo Tomas Tigresses were undefeated in the 2016 Shakey’s V-League Reinforced Conference up until they faced Alyssa Valdez and the Bureau of Customs Transformers.

The Transformers hummed through most of the match, and fortunately responded when the young UAAP contenders gave them a fright in the second set.

A product of UST’s vaunted high school program, Valdez looked back at her Thomasian roots.

Talking about the current UST squad, a team she last faced back in the 78th season of the UAAP, Valdez sees potential in the Tigresses.

“More than the skills, they’re gaining so much experience from playing with the veterans and the foreigners in this tournament. I know when I played here before when I was still in Ateneo, I learned a lot talaga,” Valdez expressed.

“You can see their teamwork talaga. They don’t work individually, they rely on each other talaga on the court.”

Asked if she still somehow roots for UST, the Batangas native laughed and she said she still keeps tabs on the Women’s and Girls’ teams.

“If you’re from UST or any other school, you always still feel proud whenever you watch and look back.”