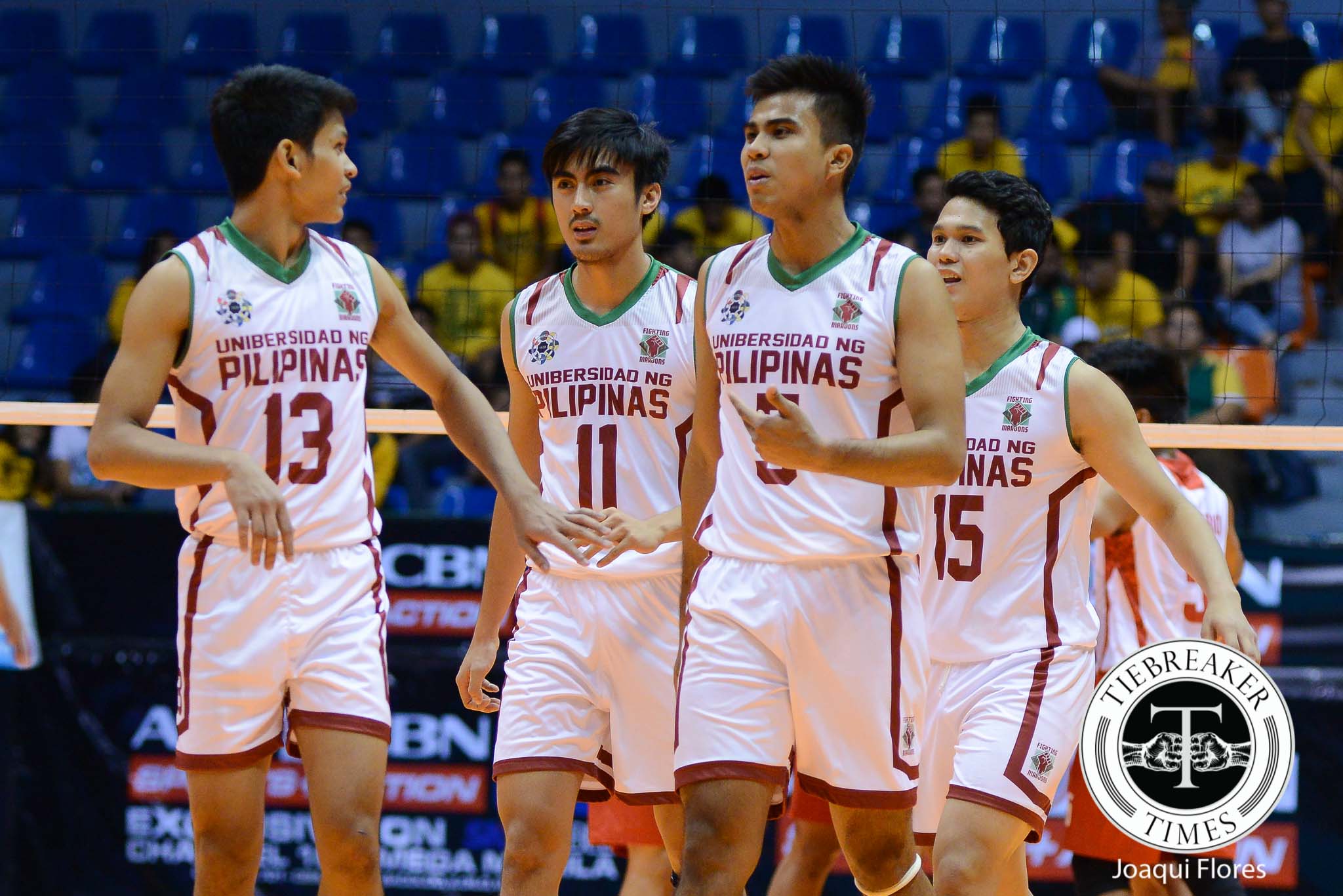 After handing out upsets throughout the season, the University of the Philippines Maroons nearly fell prey to an upset themselves.

The Maroons started out strong, feeding off UE’s mis-receptions and burying the Warriors in the first set. UP again had control of the second frame, until the UE blocking and digging tightened up. Down 17-19, UE continuously got blocks and errors off the Maroons until they led 21-19. UP eventually forced a tie down the stretch, but UE’s Edward Camposano and Vince Abrot powered their squad through the prolonged deuce. UE took their first set win of the season.

Both squads then followed with decisive wins. UP dominated the third frame, while UE used a late block party in the fourth frame to break away from a 20-all tie, forcing a fifth set.

Leading 10-6, UP relaxed and allowed the Warriors to rally and trim the lead down to one, 10-9. Limiting the errors that had cost them their cushy lead, UP relied on Alfred Vabuena and Wendel Miguel down the stretch. The pair answered UE’s tandem of Abrot and Camposano, allowing UP to escape with a close win.

UP were out-spiked and out-blocked, but UE’ 36 unforced errors spelled the difference in the early sets.

UP finished their first round in a tight race for the fourth seed at 4-3. UE are still winless in seven matches.