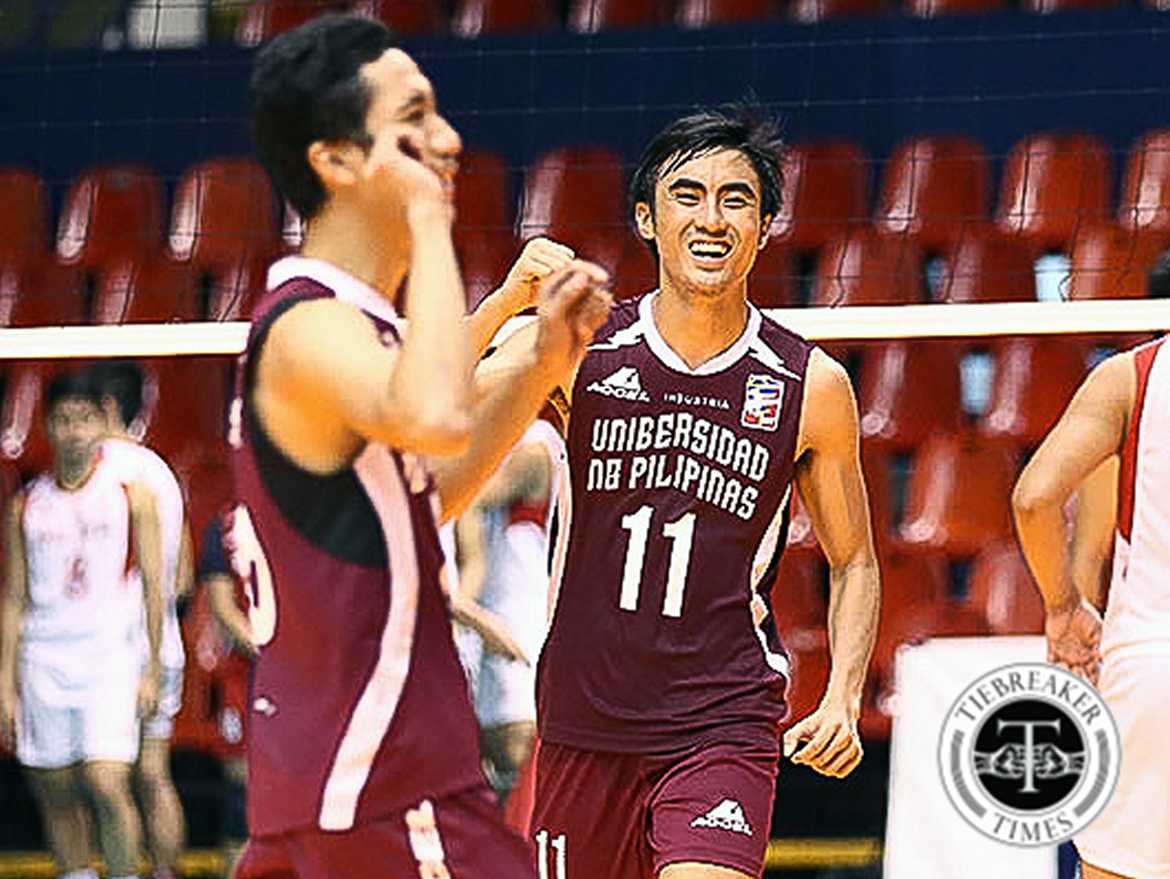 University of the Philippines open hitter Alfred Valbuena was unstoppable, leading the Fighting Maroons past the San Beda College Red Spikers, 25-23, 25-19, 25-16, in the 2016 Spikers’ Turf Collegiate Conference at the PhilSports Arena.

Team captain Valbuena fired off 20 points on an incendiary 20-for-27 attacking clip. The Maroons were a combined 47-for-94 on attacks, signifying San Beda’s struggle on the service line and defense.

San Beda kept it close in the first set, plugging away at a four-point UP cushion to threaten the Maroons at set point, 24-23. But the Maroons saved the point, and from then on dominated the Red Spikers. The Maroons built an early five-point lead, 19-14, in the second set then bolted ahead, 23-15, in the third set to close the match.

UP (3-1) need to win their upcoming match against UAAP champions, the Ateneo de Manila University Blue Eagles (4-0), on August 29, 12 nn, at the PhilSports Arena, to solidify their hold on a semifinal spot in Group B. San Beda (0-4) aim for their first win in their final match of the season against the National College for Business and Arts Wildcats (0-4) on August 27, 10 am, at the FilOil Flying V Centre.