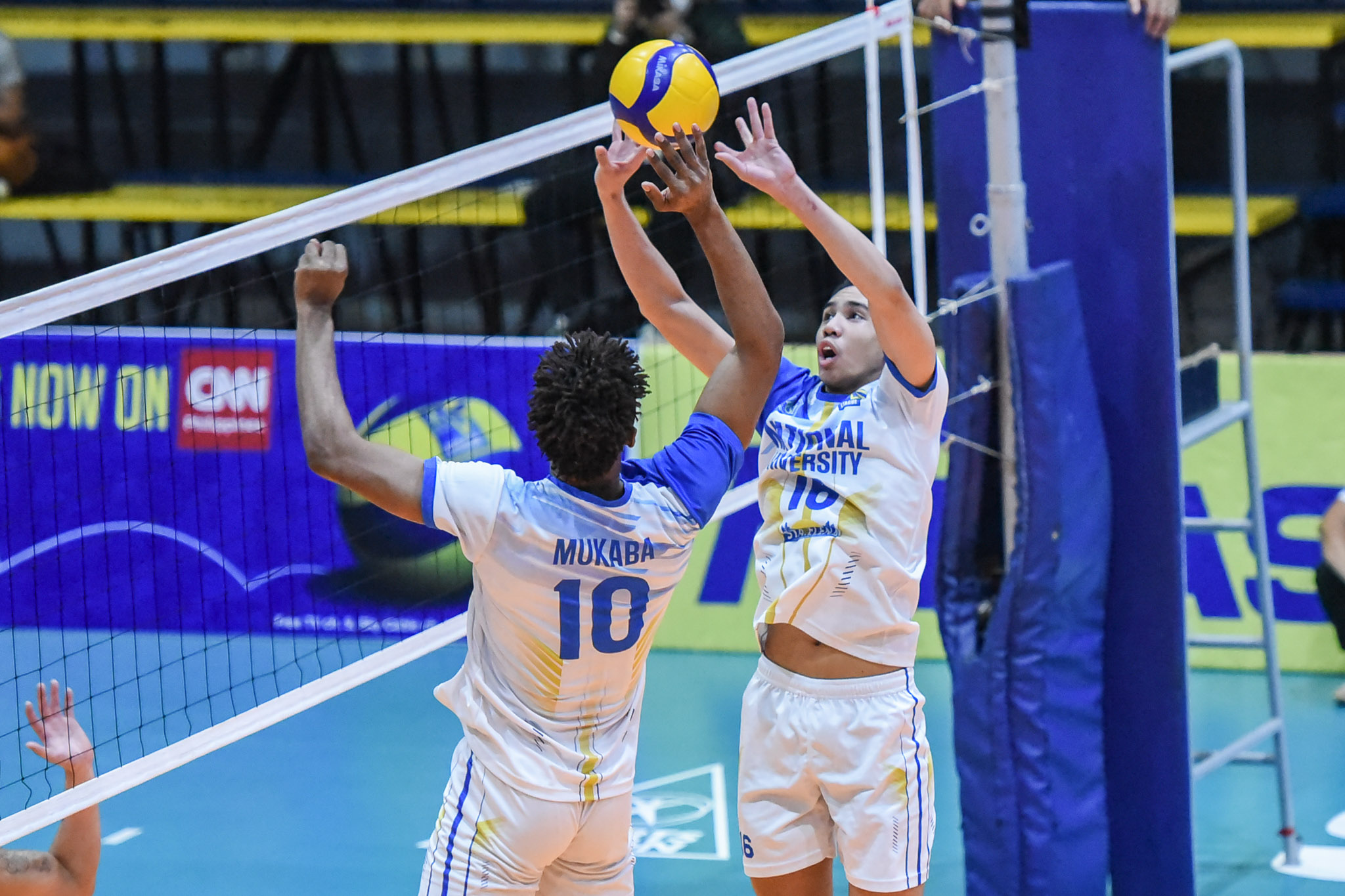 National University completed its sweep of Pool A after making quick work of De La Salle University, 25-20, 25-15, 25-18, in the 2022 V-League Men’s Collegiate Challenge, Wednesday at the Paco Arena.

With team captain Joshua Retamar out due to a sprained left ankle, Joseph Bello took care of the playmaking duties. He dished out 11 excellent sets alongside four points to help the Bulldogs finish the group phase with an immaculate 5-0 standing.

The Green Spikers have now suffered their third consecutive loss following an early 2-0 start to end the pool stage. They were led by Noel Kampton with eight points.

NU will await its quarterfinals match-up. On the other hand, La Salle’s playoff fate is no longer in its hands.