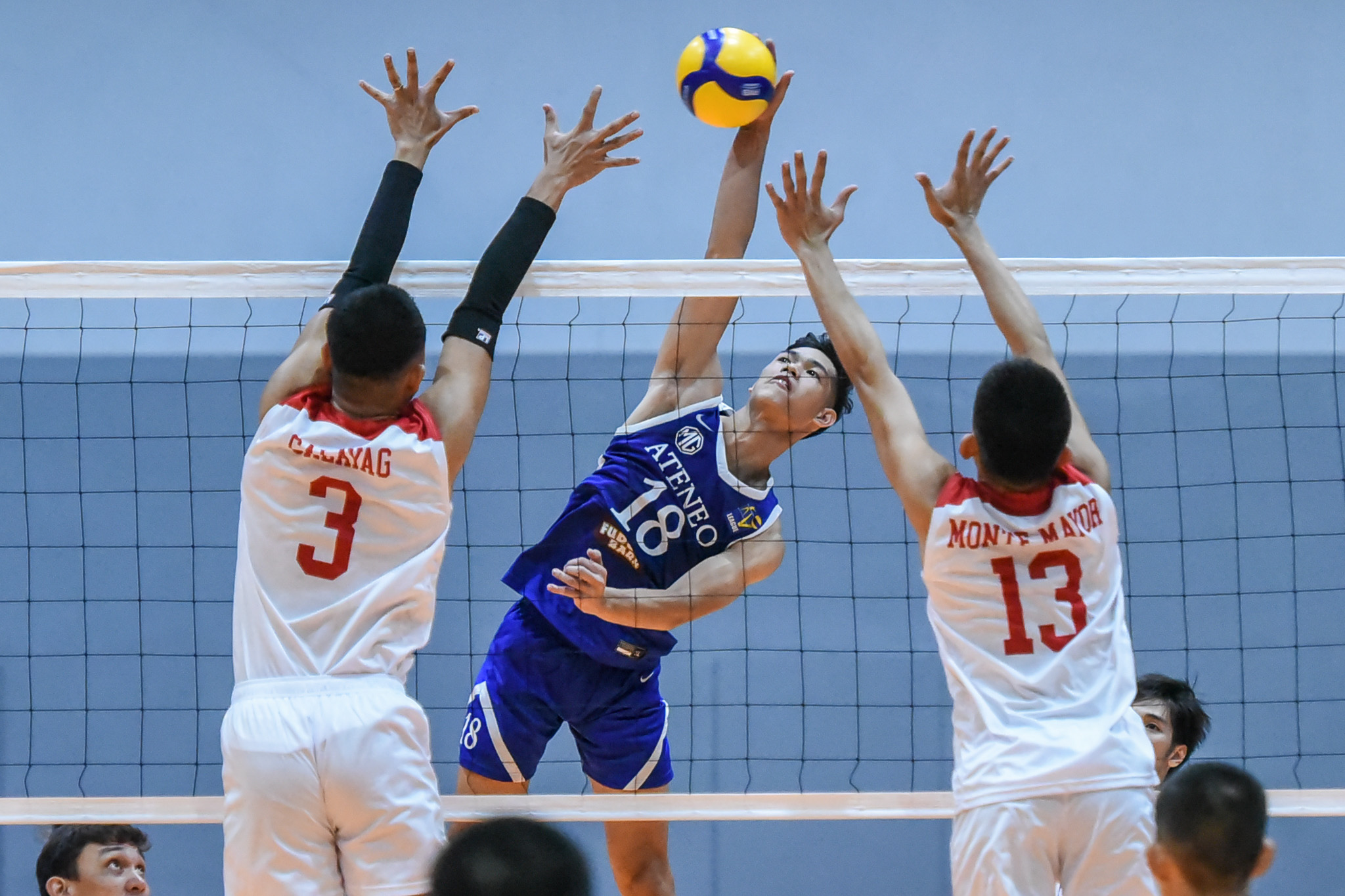 Down by seven points in the fourth frame, 15-22, Amil Pacinio scored two points in a seven-to-nothing blast that tied the game at 22-all.

Kevin Montemayor stopped the bleeding for the Red Spikers but Pacinio once again came through for the Blue Eagles, scoring on back-to-back attacks before a three-man Ateneo wall denied Montemayor up top for the win.

Pacinio finished with a game-high 17 points on 15 attacks and two kill blocks to go along with 14 excellent receptions and six digs to lead the Katipunan-based spikers’ winning debut.

Ateneo got off to a great start by taking set one but was overwhelmed by San Beda in the second set. The Blue Eagles then led by as much as eight points in the third before putting up a 2-1 lead over the Red Spikers.

VNS standout Montemayor had 14 points on top of nine digs in his San Beda debut while Andrie Bakil and Kenrod Umali had 11 and 10, respectively.

Ateneo looks to make it two in a row against San Sebastian College-Recoletos on Friday at 8:00 AM while San Beda will try to bounce back against University of the Philippines later that day at 1:00 PM.