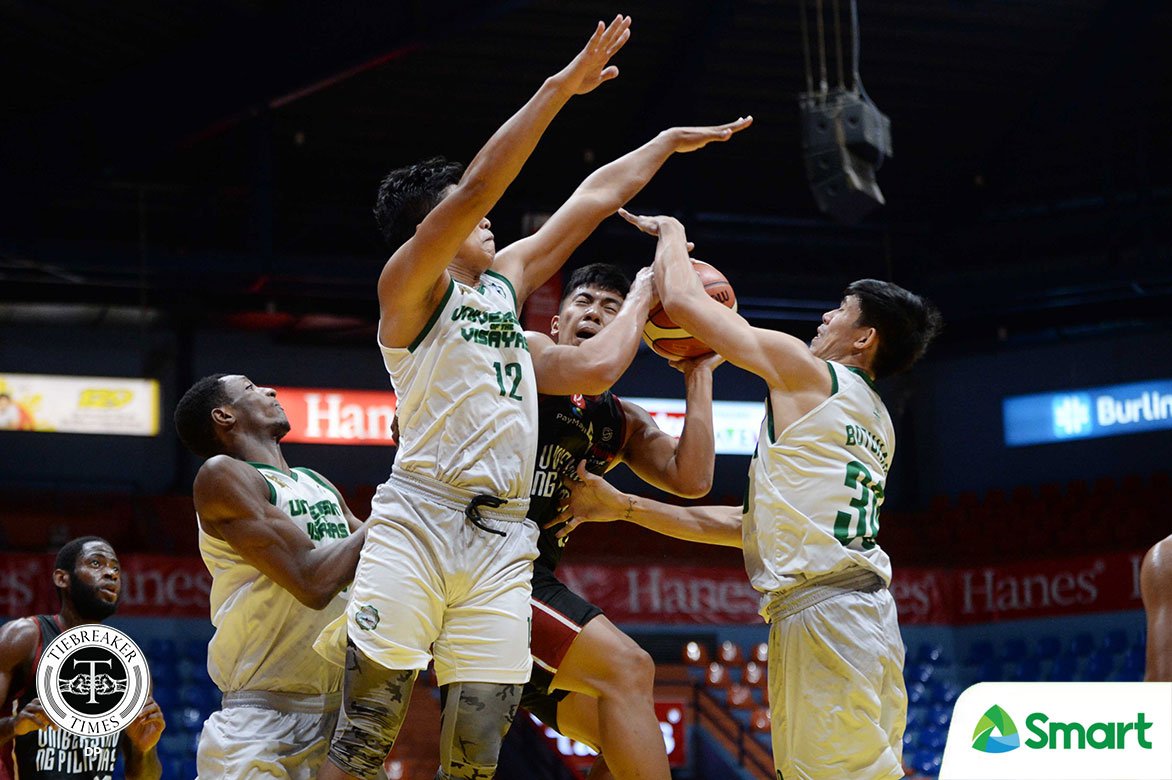 University of the Visayas clinched bronze in the 2019 Philippine Collegiate Champions League after handing the undermanned University of the Philippines a 93-63 thrashing in the battle for third place at the FilOil Flying V Arena, Sunday.

Coming off a tight opening salvo, Jancork Cabahug and George Cometa rallied the Green Lancers with a 22-5 blast. That gave UV a 21-point, 40-19 advantage in the 2:39 mark of the second stanza.

That massive disadvantage then took the fight out of the Fighting Maroons as early as the third quarter. The lead swelled to as much as 32 points off a triple from Archie Buscay, 91-59, with 1:35 left in the game.

UV top gunner Cabahug finished the game with 21 points on an 8-of-14 clip, alongside eight rebounds and three assists for the Escandor Cup champions.

“Jancork’s my go-to-guy. I told him na if he’s open, he has the authority. Lucky kami na all those shots, pumasok,” said Cortes.

Ivorian student-athlete Lassina Coulibaly had a monster double-double of 17 points and 15 boards laced with six blocked shots. Meanwhile, Melvin Butohan and Cometa, chipped in 15 and 13, respectively.

UP had topped the Luzon Qualifiers to enter the Final Four. The Fighting Maroons were paced by Bruel Kamga with 13 points and eight boards.

CJ Catapusan and Joe Gomez de Liaño both also had 13 points for the Fighting Maroons, who missed the services of Ricci Rivero.