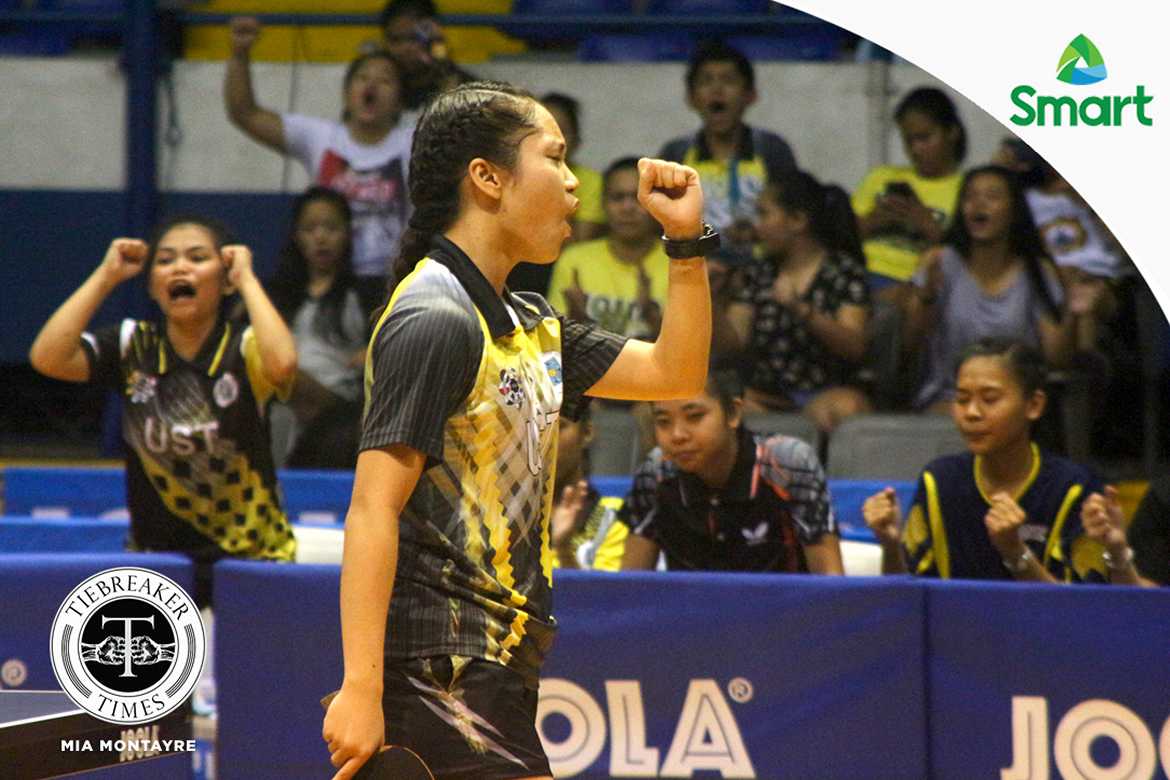 For the women’s table tennis team of University of Santo Tomas, a return trip to the last dance is long overdue.

After years of being so close, the wait is finally over as the University of Santo Tomas Lady Paddlers booked their place in the UAAP Finals after upending the twice-to-beat Far Eastern University Lady Tamaraws, Wednesday at the Ateneo Blue Eagle Gym.

The Espana-based ladies took just four matches in the morning’s tussle to force a winner-take-all tie later in the afternoon bannered by Kate Encarnacion’s upset of Sham Pineda.

That turned out to be FEU’s only hurrah in the morning’s battle as it was all UST from then on.

Nina Nacasabog outlasted Irish Escobido in a marathon match at 11-5, 11-6, 9-11, 3-11, 11-4. UST’s second singles player prevented a total meltdown on her part after leading the match with two sets.

Katrina Tempiatura and Rachel Parba then finished of Josephine Talay and Jandra Sacay in three sets, 11-9, 14-12, and 11-7.

There is no limit to the power of your dreams, and since UST was already in the moment, they might as well grab it.

However, it was FEU who threatened to get that Finals seat at first with a two-match sweep.

UST though had other plans.

Daring to dream, the Tomasinas started their comeback with a rousing victory in the doubles match. Tempiatura and Parba continued their dominion of the two-player play over Talay and Josephine Jaro. The UST pair put on a clinic at 11-7, 11-5, 11-5.

It was up to the feisty Danica Alburo to end UST’s Finals drought. The second-year upstart did not disappoint as she sent Escobido and the Lady Tams packing with a three-set victory, 12-10, 12-10, 15-13. Alburo had to come back in all of the sets to snatch the win and the Finals berth for the Tigresses.

The Tigresses hope to continue its run as they face the unbeaten De La Salle University Lady Green Paddlers in the Finals. The ties, scheduled at 9am, 1pm, and 3pm, will be on Wednesday, October 26 at the same venue.