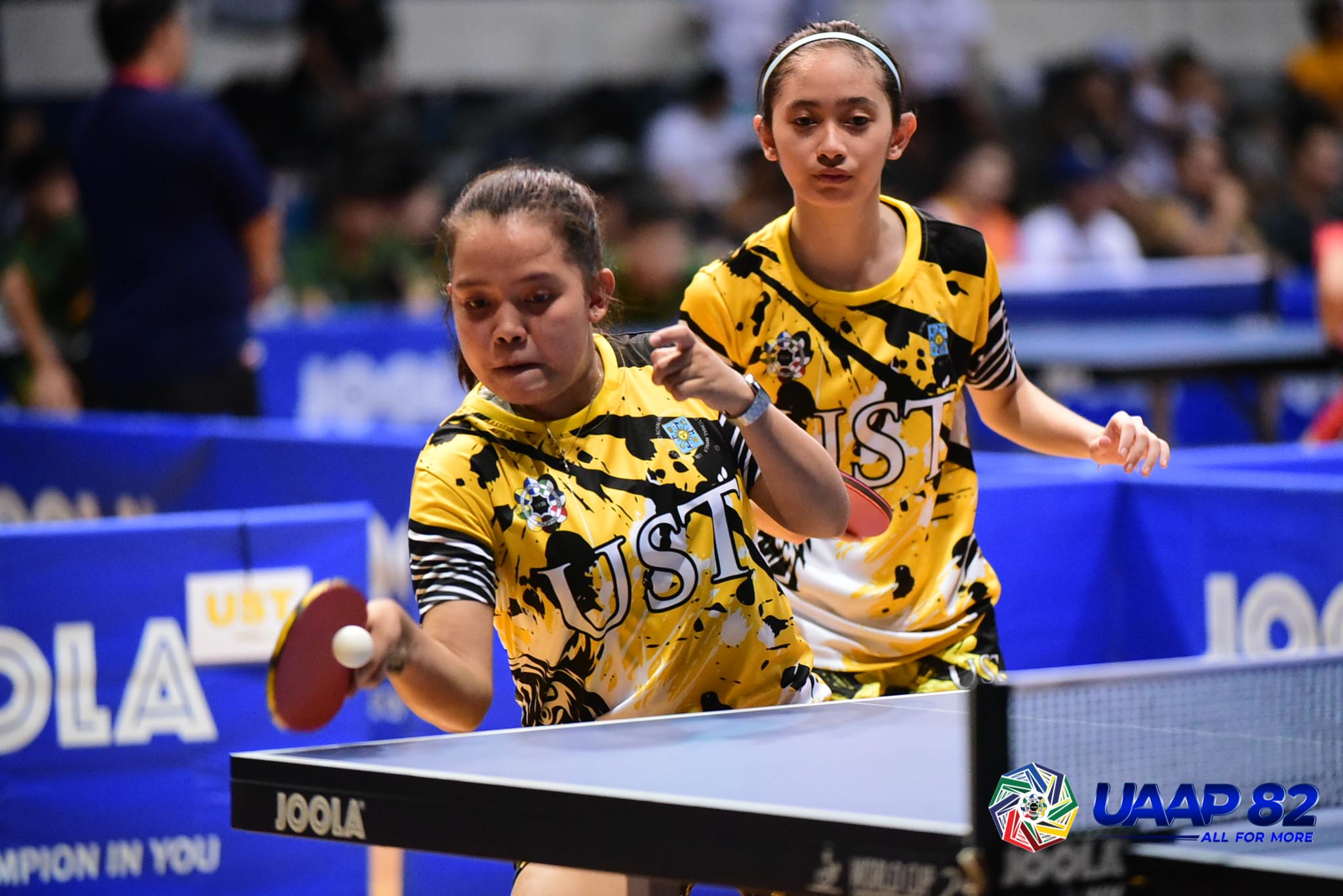 Reigning UAAP women’s table tennis champion University of Santo Tomas flexed its muscles early on, sweeping both its opponents to open its  campaign, Saturday at the Blue Eagle Gym in Quezon City.

Kathleen Tempiatura took care of both her doubles assignments with different partners to close out both wins for UST. The fourth-year standout teamed up with Ciara Derecho in the morning to win over UP’s Pau Cabrera and Lyra Duro, 3-1; then with rookie Leigh Villanueva in the afternoon against Sandy Dimaala and Joyce San Agustin, 3-1 as well.

Last year’s runner-up La Salle also remain undefeated in two ties to share the lead with the Tigresses. The Lady Green Paddlers had to fend off both Far Eastern University and Ateneo in the deciding singles matches to finish at 2-0 for the day.