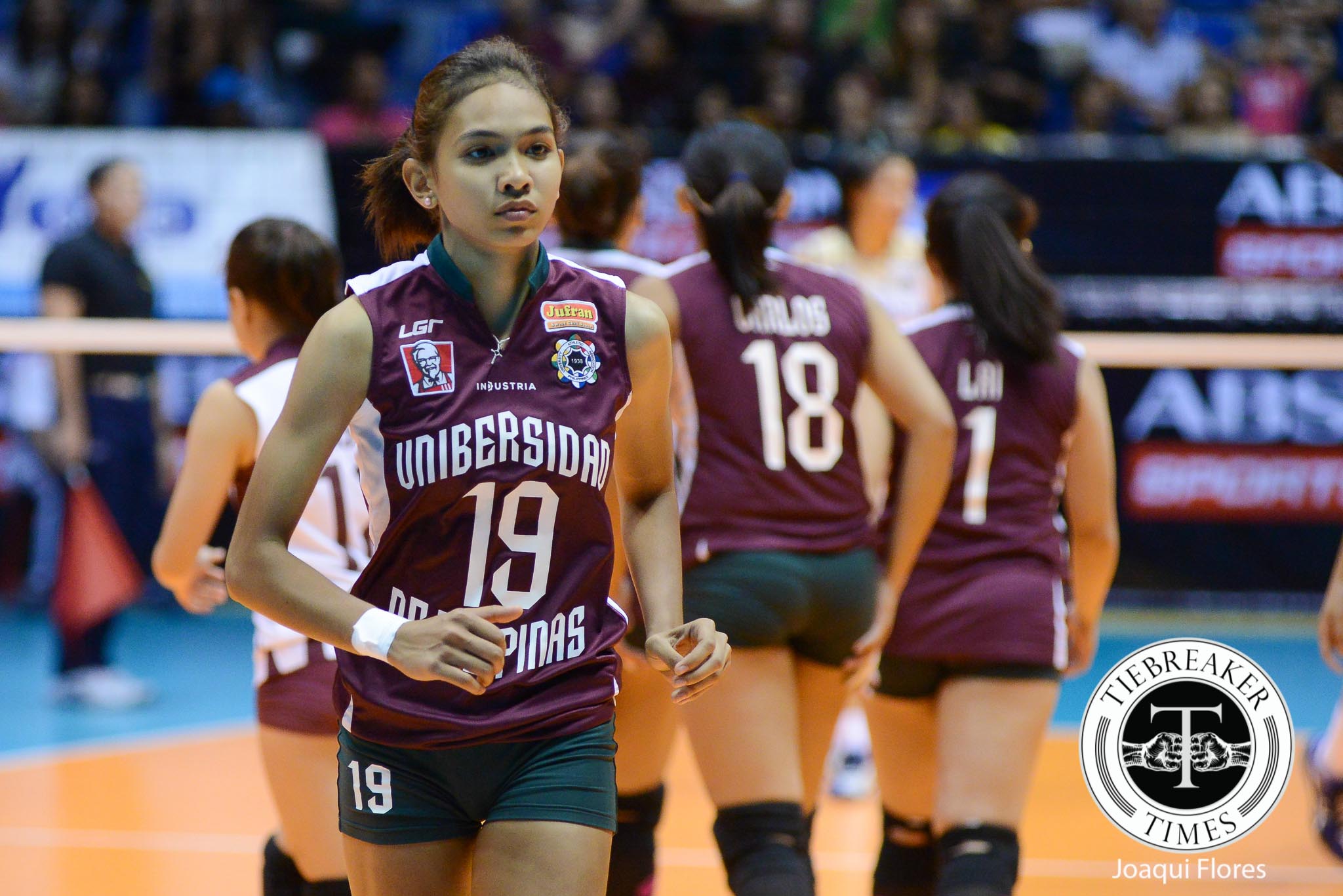 Versatile hitter Nicole Tiamzon was a pivotal cog in the University of the Philippines Lady Maroons’ run to a Final Four appearance in UAAP Season 78 – the school’s first since 2003.

After the Lady Maroons were eliminated in the postseason by the Ateneo De Manila University Lady Eagles, Tiamzon was unsure if she would return to play out her final year of eligibility in Season 79.

Tiamzon ended speculation after joining UP’s campaign in the Shakey’s V-League Open Conference and confirming that she will be back for Season 79.

She cited personal reasons for her initial ambivalence towards returning for her final year. In the end, her desire to play with her teammates and the wishes of her family won out.

“May mga personal reasons. Siguro may iba na ring plano,” she told Tiebreaker Times about why she was hesitant to return at first. “At the end of the day naman, hindi mo rin maiwanan yung team mo.”

Tiamzon received a welcome nudge from her grandmother to return to the team.

The Lady Maroons will be bringing back their entire roster from last season. Filled with a mix of veterans and young talent, the Lady Maroons have become the outright favorites in the upcoming UAAP season.

The rest of the league will be experiencing a major turnover after losing key pieces. UP will be the most stable team next season. Tiamzon believes her team will need to react better to the big game situations they faced last season in order finish at the top.