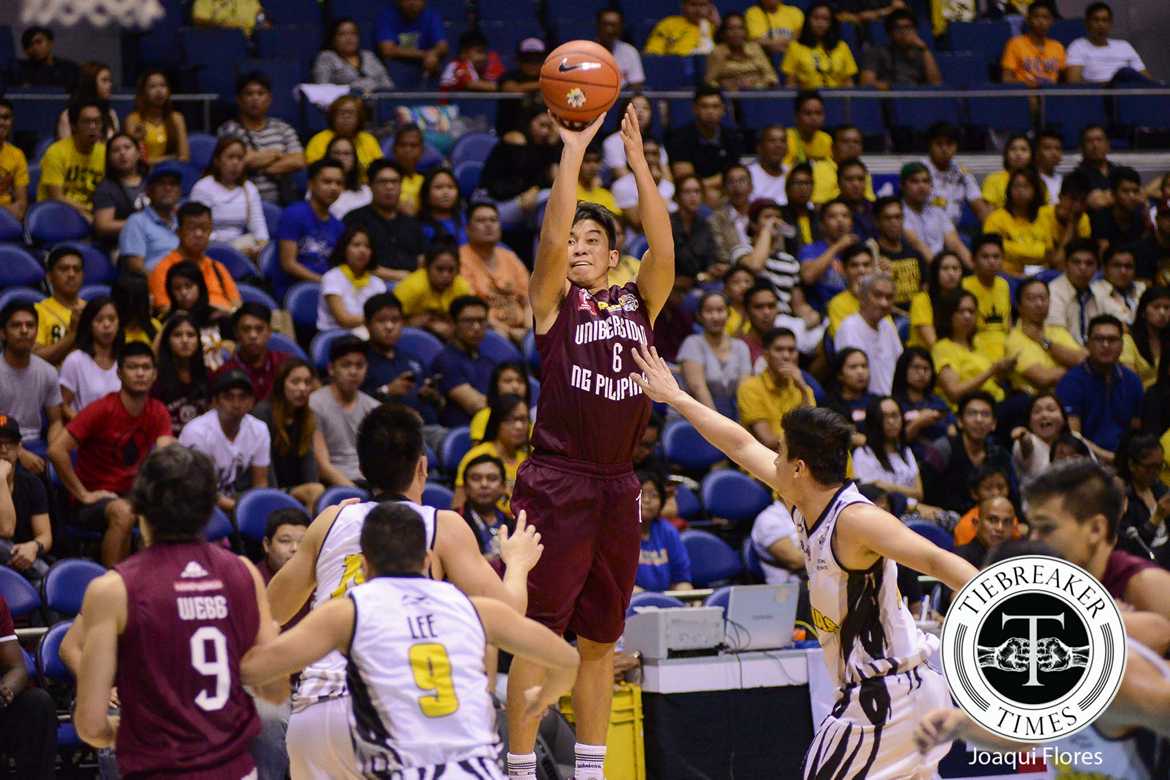 The University of the Philippines Fighting Maroons suffered another setback on Saturday afternoon, falling to the University of Santo Tomas Growling Tigers anew. Unlike in their losses against the Adamson Soaring Falcons and the De La Salle University Green Archers, the Maroons fought back but, once again, succumbed in the end game in the closest loss they have had so far.

Jett Manuel, who finished the game with 19 points — 14 in the first half — found a silver lining in the loss against the season hosts, as he saw his team fight back even after falling by as many as 11 points early in the final frame.

“Well, we felt like we were there the whole game, the effort was there,” the 23-year-old shared after the game. “I’ve played for UP for a while and I know the difference between giving up coming into the first half and giving up when the opponent gets on a run.”

However, he lamented that the losing mentality that has plagued the team for so long still lingers in their minds.

“But we don’t know how to win, which was basically what happened during the end game

“Everyone wanted to win no doubt but as a team, it’s still hard to change the culture,” the Engineering student-athlete added.

With an 0-3 hole, Manuel is putting things into a “half glass full” perspective, knowing that the will to win is already present within the team.

“As much as this hurts, we can’t do anything but stay together and focus on the next game,” he furthered. “Everyone’s down, everyone wants to win, hindi na sa manhid kami sa talo but you know, we’re gonna win.”

UP defeats Ateneo in Season 79 opener