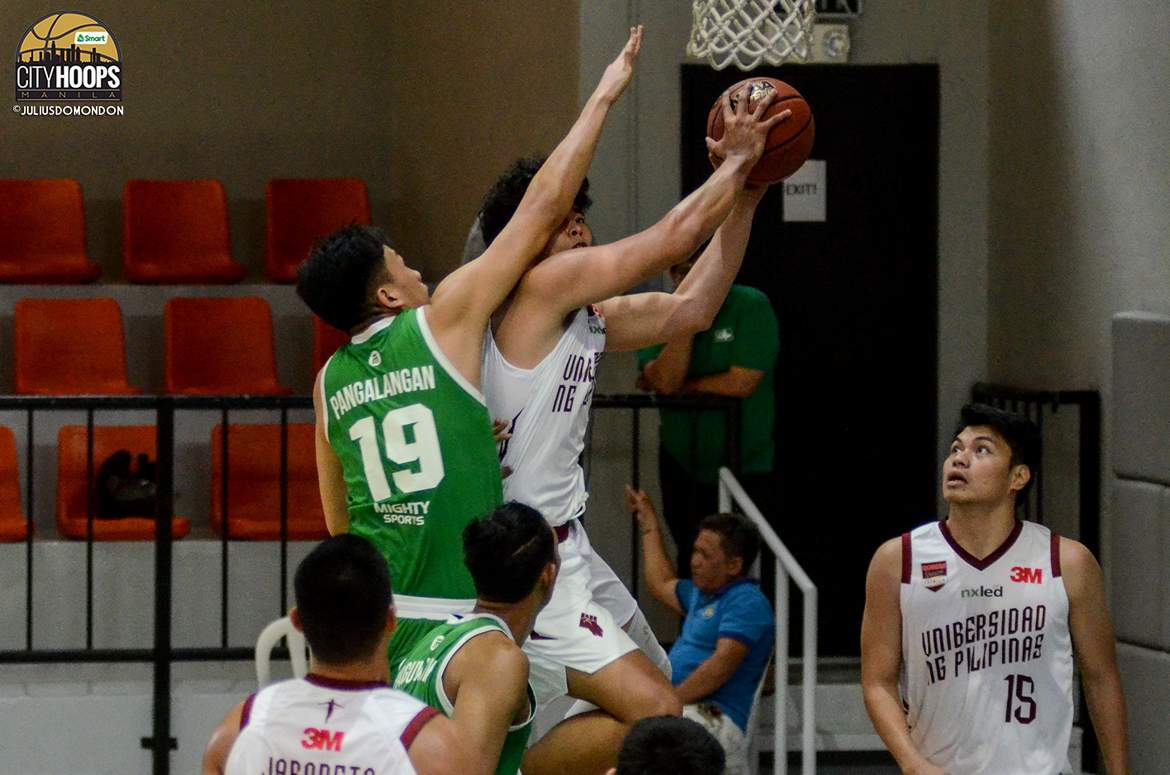 After a grinding weekend that saw them play two games in less than 24 hours, a well-rested University of the Philippines Fighting Maroons were able to survive a furious late game rally by the College of Saint Benilde Blazers, taking a 56-54 victory, Wednesday evening at the indoor courts of Greenhills West in San Juan City.

With the win, UP remains on top of the standings in the 2018 SMART City Hoops 25-Under Summer Classic with a 3-0 record. Saint Benilde, on the other hand, dropped to 0-2.

The win though did not come easy.

Up by as much as six points, 52-46, with five minutes remaining in the game, Chris Flores and RR Pagulayan connived in an 8-2 rally to knot the game at 54-all.

Javi Gomez de Liano came through after a timeout, knocking down a contested lay-up to give UP a two-point edge with five ticks left. A well-drawn play by Team B head coach Paolo Layug resulted to a wide-open layup for Eric Pili. Pili though overcooked his shot that handed UP the win.

Bright Akhuetie did not suit-up for the game, citing rest.

Flores and Pagulayan scored 13 and 12 markers respectively for Benilde. 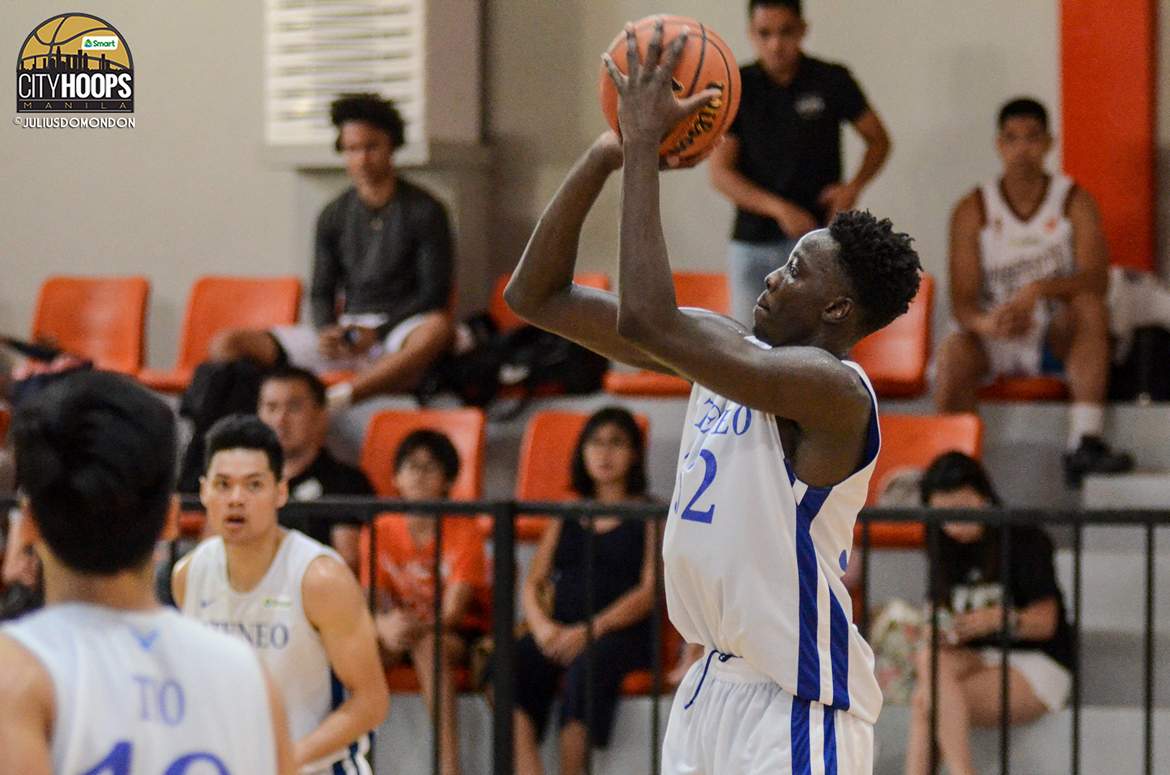 In the first game, the Ateneo de Manila University Blue Eagles entered the win column, cruising past the Team B of the Lyceum of the Philippines University Pirates, 93-52.

And it was the rookies that stood out for the Blue Eagles in the lopsided victory.

#ReadMore  Pangalangan cut, Bataller out, Fajarito in for Letran

Australian student-athlete Duom Dawan completely had his way against the Pirates, finishing with 24 points on 6-of-7 shooting to go along with 11 rebounds, six assists, four steals, and a block.

Rookies RV Berjay and SJ Belangel finished with 14 and 11 points respectively while Jason Credo went a perfect 4-of-4 from the field for eight markers.

“We’re only thinking about individual development right now especially to our new guys,” said Ateneo head coach Tab Baldwin. “I think every time you get good competition, it tests what you’ve been working on.”

Ateneo stormed to a 14-2 start and never looked back even if the game was already out of reach in the final frame. The Blue Eagles scored a whopping 31 points in the fourth quarter, going 9-of-10 from the field.

The Pirates, who dropped to 0-4, were paced by Casper Pericas’ 13 markers.

On Saturday, the Saint Benilde hopes to finally enter the win column when it faces the Letran Knights at 3:00pm. The Blue Eagles will then face the Fighting Maroons in the day’s main serving. 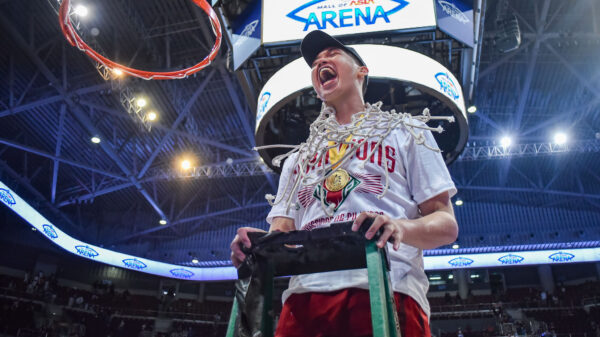