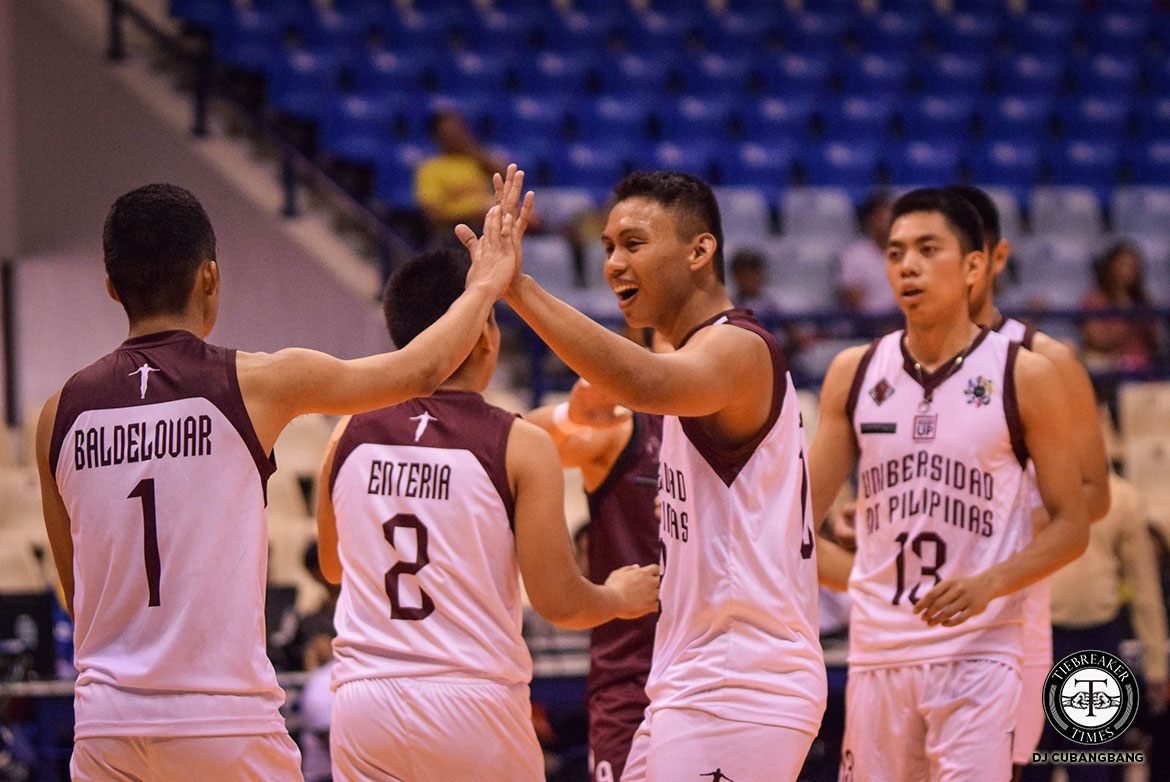 In a rematch of the season’s first contest, the University of the Philippines Fighting Maroons capped their seven-game losing streak, outlasting the University of the East Red Warriors, 25-20, 22-25, 25-20, 19-25, 15-11, in the UAAP Season 81 Men’s Volleyball tournament at the Ynares Sports Arena.

The Maroons earned their first win following the promotion of Rald Ricafort from assistant to head coach at the onset of the second round.

UP also earned the win in their first five-setter of the season. Ricafort praised his team’s resilience through their troubling first seven matches.

Mark Millete led UP with 22 points, while Nico Consuelo and Jerry San Pedro each provided 14 markers.

UP (1-7) next take on the Adamson University Falcons (4-4) on Saturday at the SM Mall of Asia Arena. Meanwhile, UE (2-6) will face the National University Bulldogs (7-1) on Wednesday at the FilOil Flying V Centre.