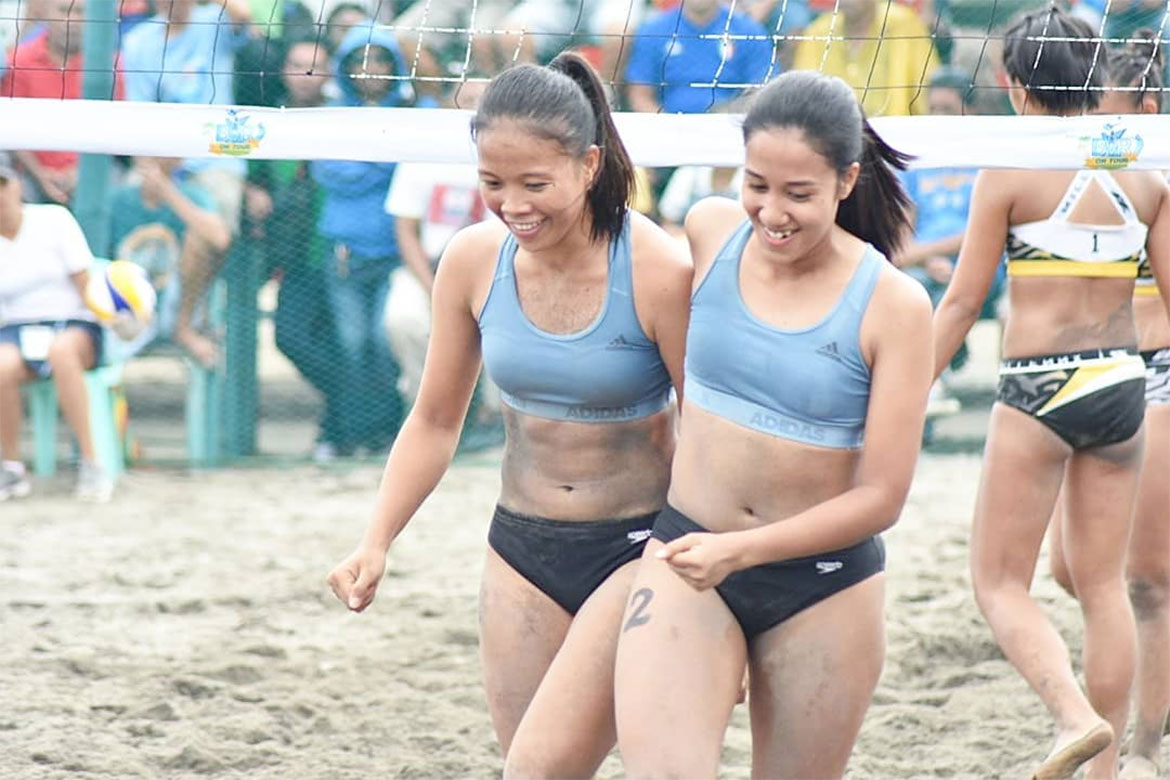 In what could be the most well-attended leg in the three-year old beach volleyball circuit, Polidario and Magdato neutralized the visitors’ power game to prevail, delighting the huge crowd that braved the light showers at the venue.

Reunited for the ninth leg of the tour, former UAAP champions KR Guzman and Krung Arbasto copped the men’s gold medal following a 21-18, 21-14 decision over Mitabashi Masato and Takashi Tsuchiya of Japan.

Playing in front of huge audience that filled every part of the venue really boosted the UNO-R tandem.

With the massive success of Dumaguete leg, Soriano – one of the BVR founders – assured the crowd that the beach volley circuit will return in the famed university town next year.

“We were able to give a chance for the local talents to showcase their wares, and we were able to develop their skills. We really believe that beach volleyball is one of the sports that we can excel in,” said Soriano during the awarding ceremony attended by Dumaguete Mayor Felipe Antonio Remollo.

Barbon and Eslapor then reasserted their mastery of Soriano and Tan, 21-15, 21-15, to claim third place.