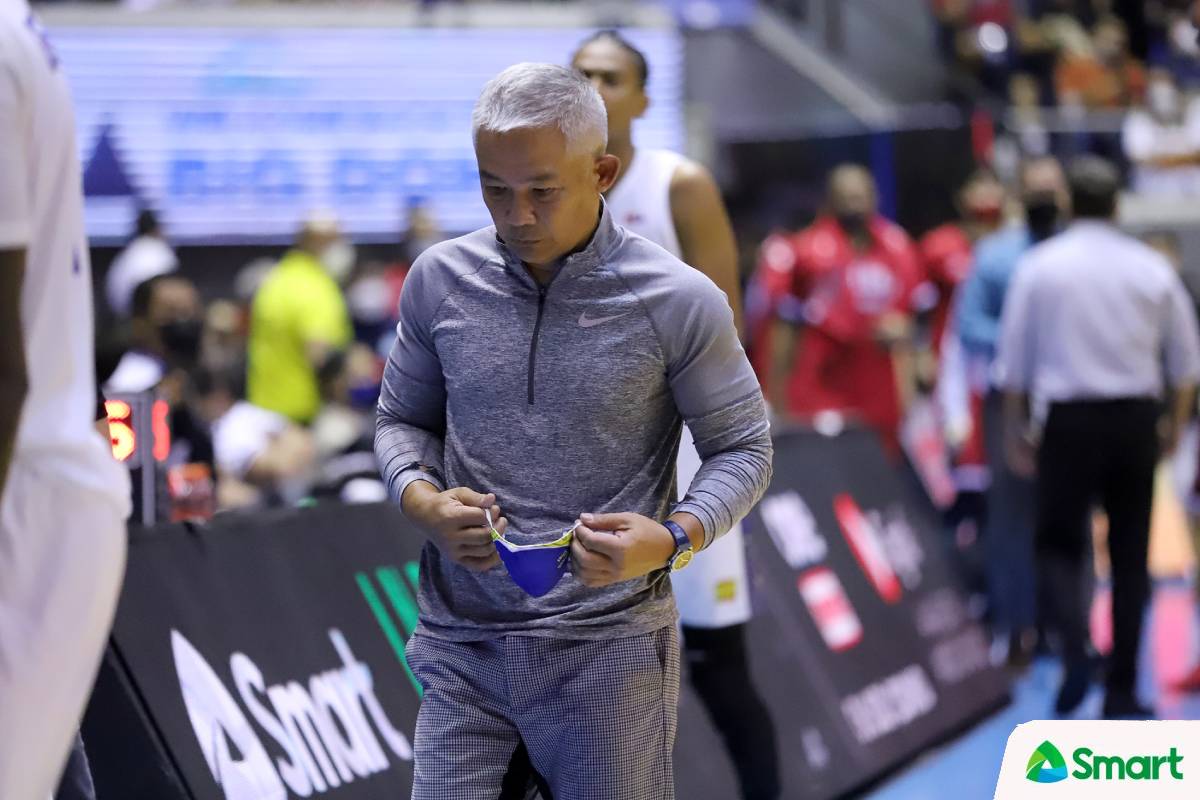 TNT head coach Chot Reyes was unfortunately proven right with what he had uttered the moment he learned that his side will be up against Barangay Ginebra San Miguel in the 2022 PBA Governors’ Cup quarterfinals.

The Tropang Giga on Saturday night bid goodbye to their season after absorbing a harsh 95-115 defeat to the reigning champs, becoming a statistic in the process as one of the teams who blew their twice-to-beat advantage.

“Pero ganoon talaga. It was a situation na we would have rather not that had happened, but ganyan ang sports eh, we take the good with the bad.”

Winners of the 2021 Philippine Cup, eyes were on TNT to replicate that success in the season-ending conference. However, the crew struggled from the start, with import McKenzie Moore playing through pain.

But it managed to steady the ship later on with new reinforcement Aaron Fuller in tow, eventually finishing as the third seed heading into the playoffs — quite an achievement given that some players were spent due to Gilas duties.

Then came another storm. The Tropa bowed to the Gin Kings last Wednesday that dragged them to a sudden death. And just a day before the crucial tiff, the team decided to switch imports at the last minute, bringing in Leon Gilmore III.

That’s because the returning Fuller, who was averaging 17.4 points, 16.4 rebounds, suffered a leg injury, according to Reyes. 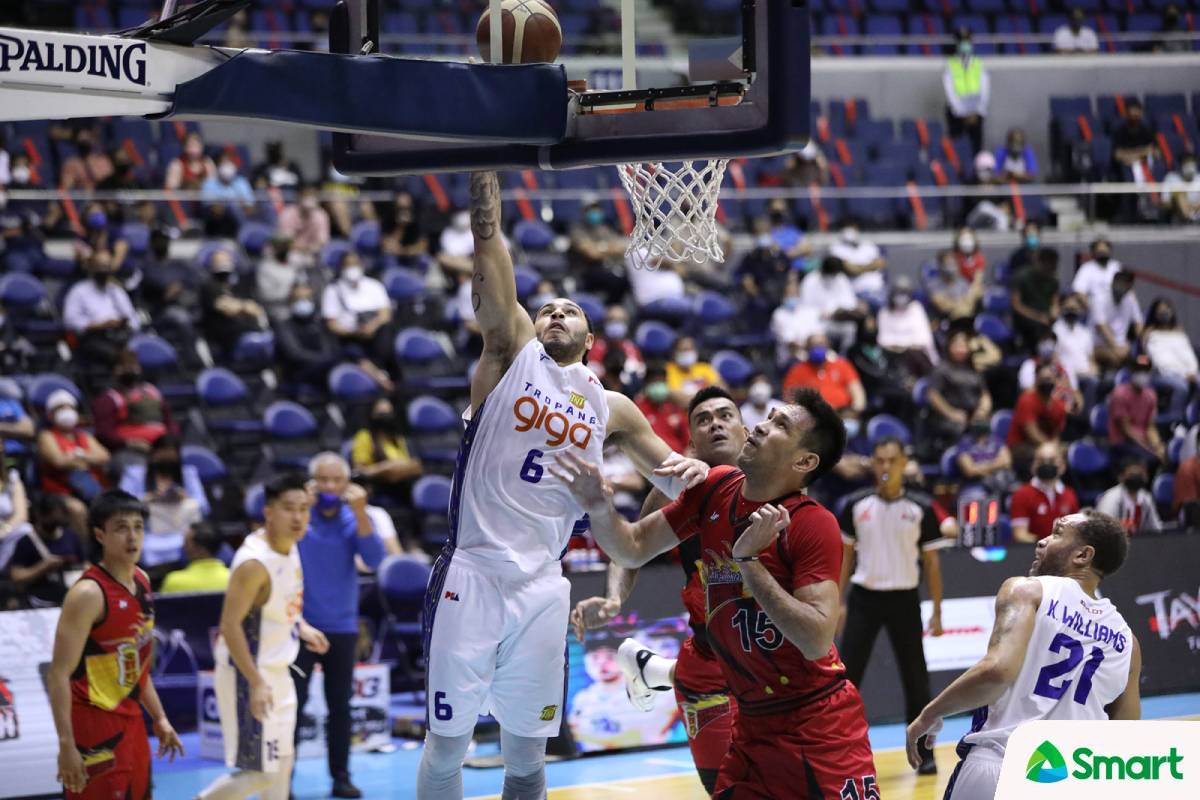 Gilmore has actually been with the team for weeks, but was far from impressive in what turned out to be his lone PBA game. The former NBA G-League campaigner only had 14 points, four rebounds, and five assists. 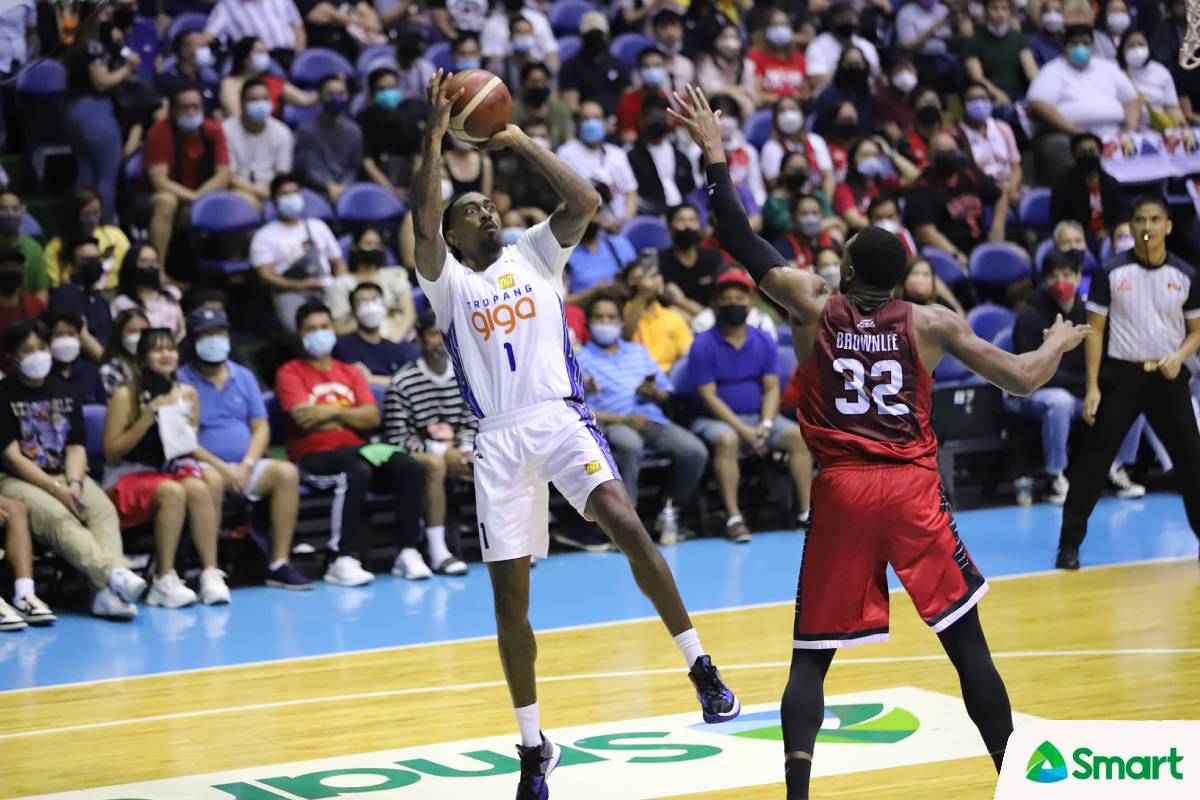 “We knew the downside was, ‘yun nga, okay naman ito si Leon. Pero he might not be game-shape and that’s what happened. First half pa lang, nagka-cramps na siya,” lamented Reyes.

“He’s a very different import from Aaron but I thought he was doing a pretty good job on Brownlee in the first half until, ‘yun nga.”

Reyes, however, doesn’t want to pin the blame on that decision to change imports at the last minute that ended their campaign.

“In the end, it’s a team game and as much as the import plays a very important role in conferences like this, yun ang usap namin with the players, we all have our own shortcomings, coaches included,” said Reyes.

“The local players know that, the coaches know that. Unfortunate for this to happen this way, but that’s sports.

“Last time we’re able to take them out, this time they took us out,” he added, referring to the 2021 Philippine Cup quarters that saw them end Ginebra’s title reign. “Who knows what’s going to happen next time.”

TNT would’ve definitely preferred to end the season in a much better way, but Reyes, ever optimistic, is just charging it to experience. And if ever there’s any silver lining, it’s that they can all rest and recover.

“A lot of learning for us,” the champion bench tactician said. “Finally, we will get some time to rest and recover. As you know the guys got stretched in the All-Filipino and they played in the Gilas window.

“But now, they will have some rest and recovery. As I said, all we can do now is prepare and take a look at the future and see how we can continue to get better – better than what we were in this conference.”