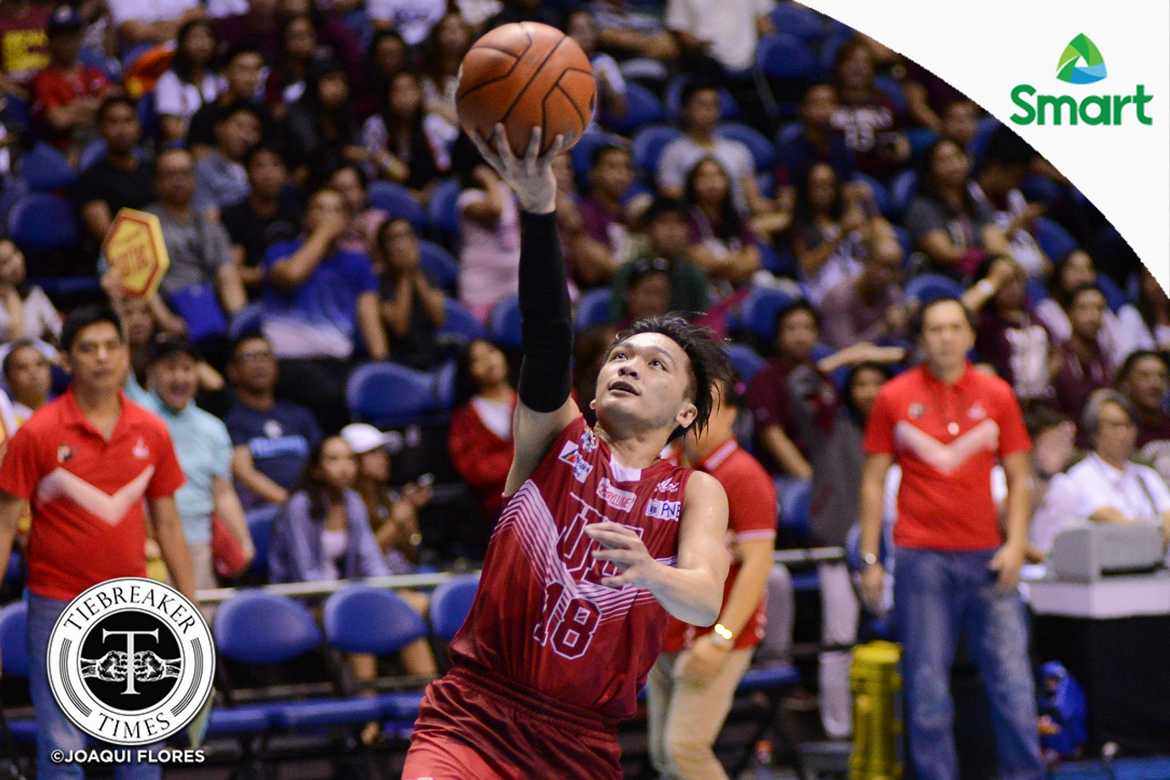 It was supposed to be a celebration for the UP Fighting Maroons’ seniors. However, they forgot to invite the UE Red Warriors.

The cold-blooded University of the East Red Warriors crashed the party, taking an 80-67 win over the University of the Philippines Fighting Maroons, Sunday afternoon at the Smart Araneta Coliseum in Quezon City.

The win assured UE that they will finish the season at seventh place. On the other hand, the UP Fighting Maroons end their season with a 5-9 slate, their best outing since 2006.

“We might already be out of contention but we wanted to finish the season on ah high note and with respect,” third-year UE head coach Derrick Pumaren said.

General Santos native Bonbon Batiller added 14 points as well, but had a scary moment during the early parts of the second frame.

With 8:14 remaining in the second quarter and the UE Red Warriors up 25-17 against the UP Fighting Maroons, Batiller went for a drive against a Paul Desiderio screen. However, as the 22-year-old Red Warrior tried to jump over his defender, his right leg clipped the body of Desiderio, resulting in a hard fall. He had to be stretchered out of the game but returned after the halftime break.

The Red Warriors’ lead continued to balloon in the third canto. Alvin Pasaol scored nine of 11 points in the frame, while Palma brought the house down with a thunderous jam over Noah Webb. A smooth jumper by Paul Varilla gave UE the biggest lead of the game, 56-31.

UP though fought back to start the final frame.

With the UP crowd pushing them on, the Diliman cagers battled back, cutting the lead to just 12 points, 60-72, after a virtual five-point play by Paul Desiderio — a miss on the stripe coming off a three-point play led to a rebound and a triple by Desiderio himself.

However, Batiller’s slashes led to free throws to stop their bleeding while UP went trigger-happy from distance but knocked down none to compound their problems.

“We played to our full potential today. UP was able to come back and we were able to hang on. We know how UP plays, I’m happy with the energy na pinaktia ng mga players and tonight we played to our potential,” Pumaren shared.

UE shot 39 percent from the field compared to UP’s 32 percent.

Batiller willed his way back after hard fall