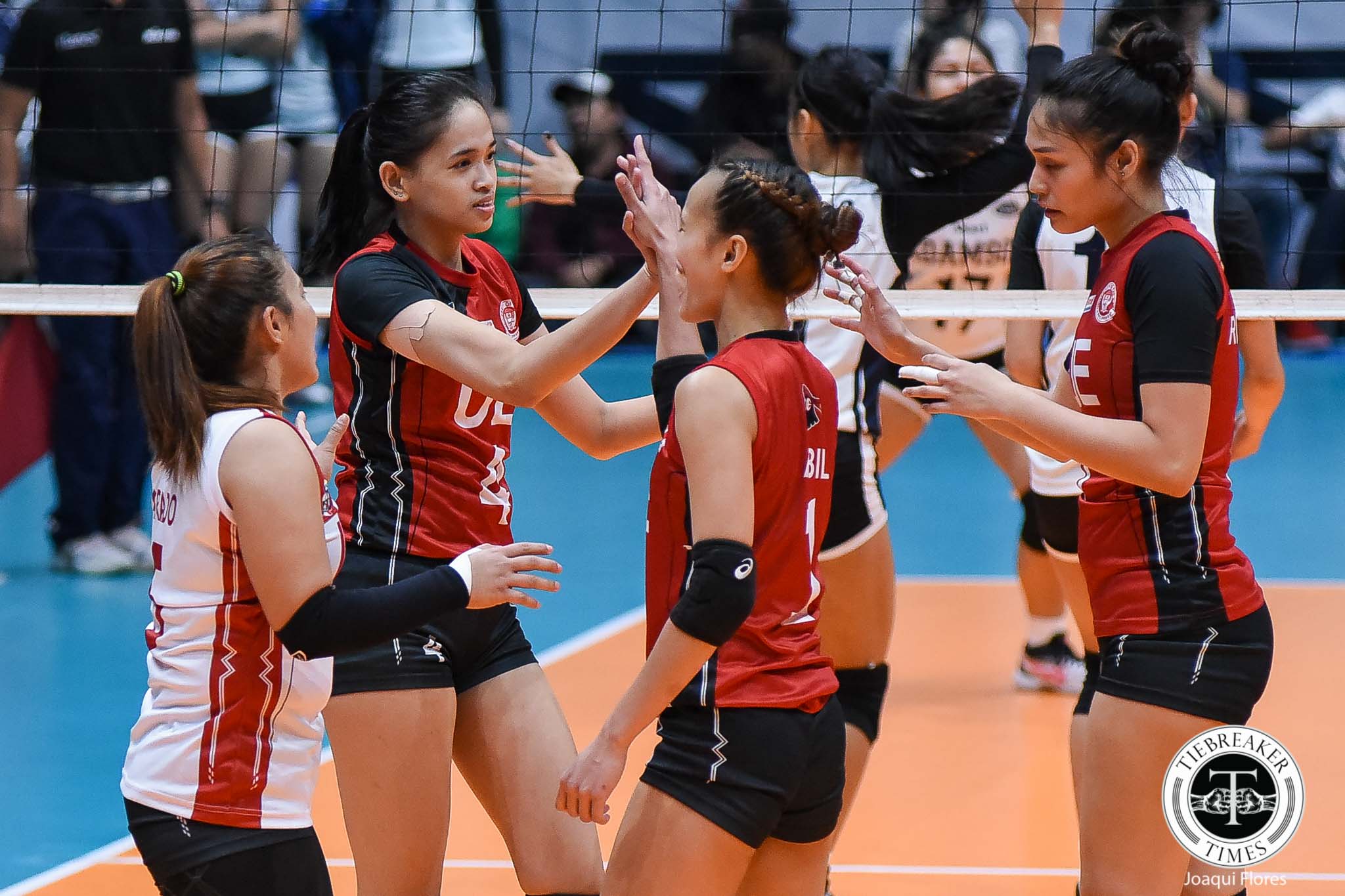 After numerous gallant stands, the University of the East Lady Warriors were able to use their signature defensive acumen to grind out a four-set win over the Adamson University Lady Falcons, 20-25, 28-26, 25-23, 25-22, at the FilOil Flying V Centre.

Adamson burst to an 18-10 lead in the first set and staved off a late UE run. The Lady Warriors then showed their grit in the next sets, rallying from big Adamson leads to sneak in late and get the win.

Seeing their two-point lead disappear in the fourth set, UE benefited from back-to-back Adamson errors that gave them a 23-21 lead. After a Jasmine Alcayde attack, the Lady Warriors got the match-clinching point from an Eli Soyud attack error.

UE’s Judith Abil tallied 22 points, all off attacks, to go with 20 digs and 21 excellent receptions, while Geline Olarve added 14 markers.

UE (1-2) next take on the Ateneo de Manila University (2-1), while Adamson (0-3) try for their first win against the National University Lady Bulldogs. (1-2). Both games are on Sunday at the Smart Araneta Coliseum.

Now light on her feet and power-lifting, Cess Robles taking UAAP by storm