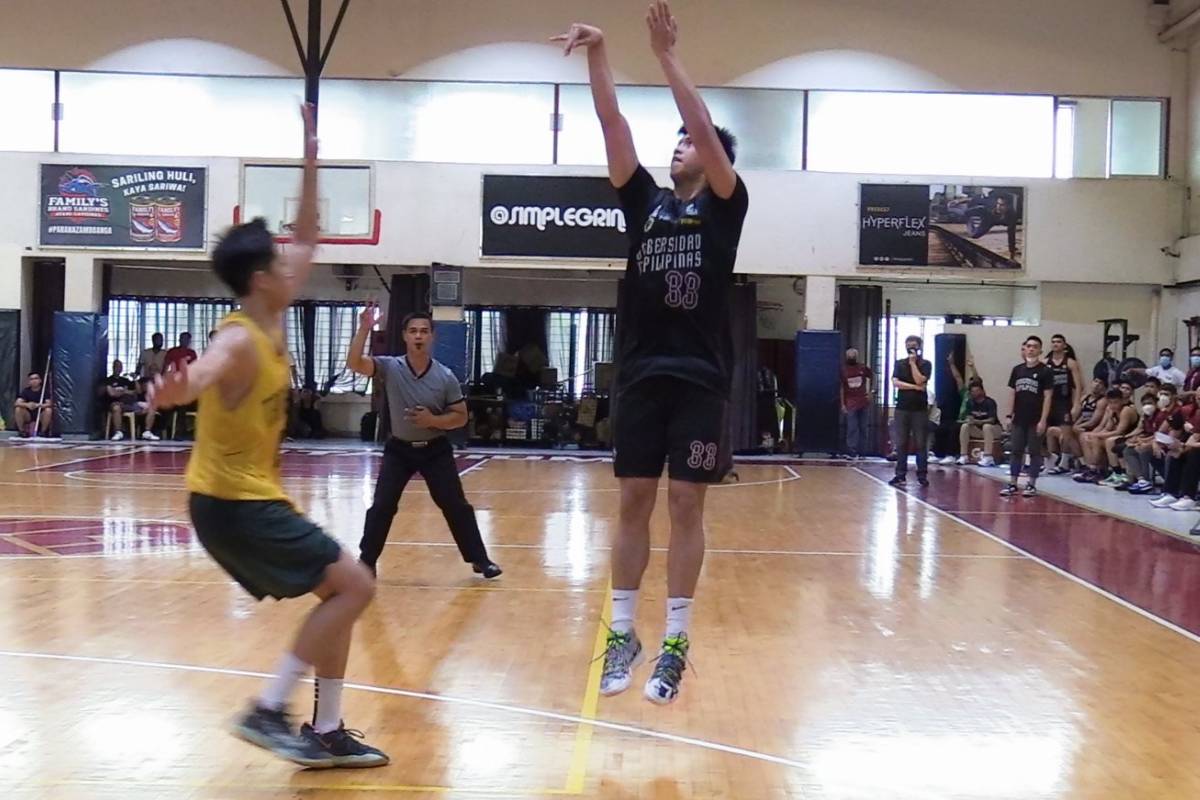 Carl Tamayo stamped his authority and University of the Philippines rolled to its fourth straight win with a 72-56 thumping of Far Eastern University in the PG Flex Linoleum UCBL Pre-Season tournament Tuesday at the SGS Gym in Quezon City.

In what could be his best game so far in the 12-team tournament, the 6-foot-7 Tamayo scored 19 points apart from grabbing six boards to help the Maroons secure the top spot in Group A going into the crossover quarterfinals next week.

Tamayo was ably supported by Sean Torculas and Terrence Fortea who tallied 12 and 10 points, respectively.

Not to be left out was National University which demolished Lyceum, 87-59, to likewise clinch the top seeding in Group B with similar a 4-0 card.

The Fighting Maroons stepped their foot on the gas pedal in the second frame to rip the game wide apart while the Bulldogs leaned on a huge third quarter explosion to prevail – thanks to the inspired game of John Galinato.

In the other Group B match, University of Perpetual Help crushed Adamson, 74-56, to formalize its entry into the next round while in Group A, Emilio Aguinaldo College outlasted Olivarez College, 76-73 to assure itself of a slot in the quarters.

Kim Aurin sizzled for 20 points as the Altas hiked their record to 3-1 while Ralph Robin also waxed hot from beyond the arc with five triples to spearhead the Generals with 21 points to wrap up the eliminations with a 3-2 record.

UP and NU close out their elimination campaigns against Olivarez and Perpetual, respectively, on Thursday with both teams determined to go into the knockout quarterfinal round “high” on a five-game sweep.