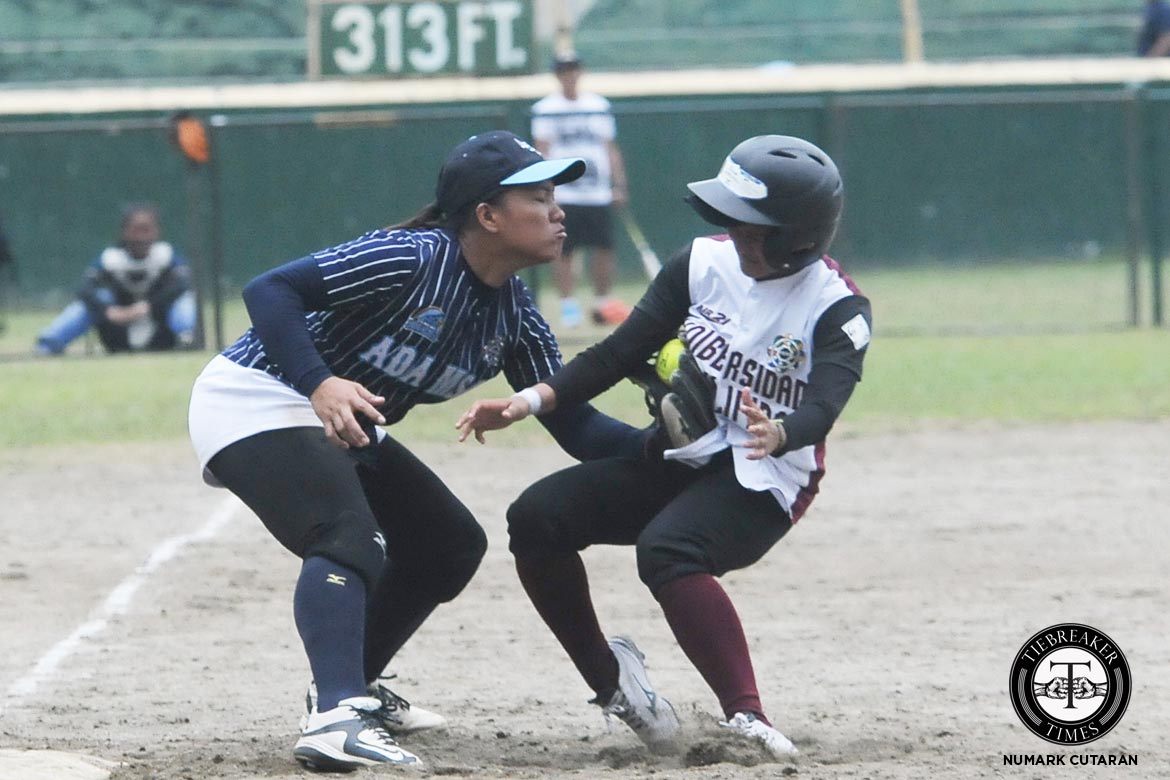 The defending champions are starting to pick it up

The Adamson University Lady Falcons continued its strong surge, lambasting the struggling University of the Philippines Fighting Maroons, 14-0 abb. fifth, to seal their fifth win in as many games, Thursday morning at the Rizal Memorial Baseball Stadium.

The loss is the Lady Maroons’ third straight loss after starting the season with a 2-0 slate.

But even after taking their second mercy rule win this season, head coach Ana Santiago continues to preach that the most important thing beyond the wins is the lessons they got from this game.

Most probably, the lesson for this game was about precision.

Right from the get-go, the Lady Falcons lambasted UP’s pitcher Ella Martinez (1-2) in the first inning as they connected seven times and punched in four runs. The inning was highlighted by a powerful double by Florable Pabiana to left field that brought home two runners to open the game’s scoring.

Adamson’s offense stagnated in the middle innings, connecting just twice during the second to fourth innings. However, they were just heating up as the offense once again in the fifth inning.

Pabiana, who went 2-of-4 at-bat, brought home three more runners after another double to left field. Overall, Adamson drove in eight runs in the inning to mercifully end the game for UP.

Though the middle order provided the offense, Santiago is still looking for her lead batters to step up on offense.

Camouflaged by the strong offensive output of the Lady Falcons was the impressive work put in by Riflayca Basa (1-0) and closer Arlyn Bautista. Basa only allowed one hit during the two innings she pitched while Bautista had two strikeouts during the fifth inning to stifle UP’s attempt of getting any type of momentum.

Adamson looks to take its sixth straight win, eighth since last season, when they face the DLSU Lady Batters on Saturday, February 18 at 4:30am. UP, on the other hand, takes on the NU Lady Bulldogs at 11:30am.