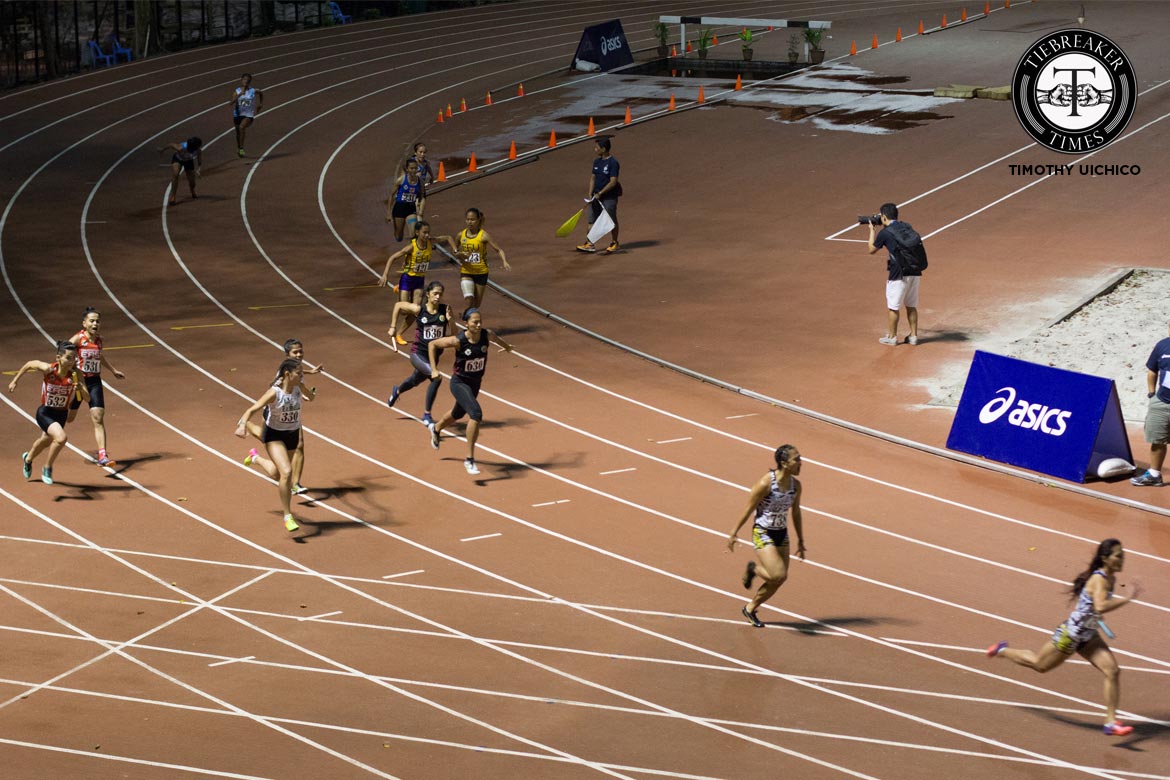 The University of Santo Tomas’ overnight lead with 13 medals in total had them gain momentum coming into day three. This was a haul that would demand other schools to step-up their games big league in order to beat the defending champions.

Trailing far behind UST is the Far Eastern University with a seven medal haul after two days of competition. Both FEU and UST have the same gold medal count so far.

Right next to FEU is the University of the Philippines, with five medals in total.

UST has had podium finishes in every sprint event so far. To further stress their dominance, UST also had all of its four sprinters qualify into the finals in all of those sprint races.

It was no different Friday afternoon when all four of UST’s 400m sprinters qualified for the finals.

Leading the way was 200m silver medalist Eloisa Luzon who steps up 200 more meters to compete in the grueling 400m dash. She qualified comfortably with a 57.84-second quarter mile run.

Teammate and 800m champion Louielyn Pamatian steps down by one lap and qualifies for the finals with a time of 58.31 seconds. Not so far behind the half-miler was Elisa Aguinaldo of FEU who clocked 58.96 seconds.

Come the finals however, Luzon went all out and ran a faster time. She won the gold medal after running 57.48 seconds, over half a second faster than teammate Pamatian. The 800m champion managed to also run a faster time in the finals, however was still not enough to defeat teammate Luzon. Pamatian clocked 58.06 seconds.

Trailing behind Pamatian yet again was Aguinaldo who clocked 58.59 seconds for the bronze medal. She was almost caught by Zulueta who clocked 58.76 seconds. Zulueta bested Schrijvers in the finals after Schrijvers only managed to clock 59.77 seconds.

Another showcase of UST sprinting dominance was demonstrated in the 4x100m relay. UST’s team consisting of Luzon, Alyssa Marie Andrade, Karen Janario, and Glaisa Salcedo was a difficult team to defeat.

UST blew the field away after clocking 47.91 seconds, over two seconds faster than the rest of the teams.

UP was fast enough to win the bronze medal, with their line-up of Stephanie Legaspi, Bianca Ramos, Celina Revalde, and 100m champion Jeremiah Malonzo. They clocked 49.89 seconds, but was sadly disqualified from the competition after a baton passing violation.

This meant that the University of the East (UE) would take the bronze medal. The team consisting of Perlita Ynot, Ceasa Baconua, Caezelyn Jupio, and Bernadeth Tilus clocked 50.02 seconds.

Everywhere to be found

UST’s Friday evening was a way to send a message to all the teams that they are dedicated to defending that title, as their team stepped-up their game on other events. The defending champions managed to get in every other podium finish for the night.

In the 3000m walk, Ma. Elizabeth Capiosio of UP, after securing the 5000m walk Wednesday night, again secured another racewalking event. Capiosio won another gold medal with a time of 16:46.79.

However, right behind her were three other UST racewalkers which still secured UST the medals and the points.

Richie Dala led the trio with a time of 16:48.66 for the silver medal. Krisha Sardenia followed close for the bronze medal with a time of 16:51.85, while teammate Michelle De Vera was a bit behind with 17:04.28 for fourth place.

The younger Obiena’s record was 0.10m ahead of silver medalist Jinny Rose Omena of FEU, who managed to clear 3.10m.

Taking the bronze medal were both from UST. Richele Abotalmo and javelin throw silver medalist Sarah Dequinan took home the bronze medals for UST after both jumping 3.00m. Both won bronze because both were eliminated at the next height and had accumulated the same amount of total fouls.

For the discus throw, it was Reah Joy Sumalpong of UE who bagged the gold medal ahead of everybody else. Her throw of 43.18m was over 7.0m ahead of UST’s second place finisher Aira Teodosio, who threw 36.92m. FEU’s Mary Jane Lawas could not throw the discus much farther and settles for the bronze medal after throwing 35.62m.

The other long-distance event for the night was the 3000m steeplechase. The event gave a bit of hope for FEU’s holding on for the title aspirations after winning gold and silver.

Joida Gagnoa and Joneza Mei Sustituedo delivered for FEU the gold and silver after clocking 11:35.66 and 12:03.87 respectively. This was way ahead of UST’s Jhanine Mansueto who clocked 12:20.66. 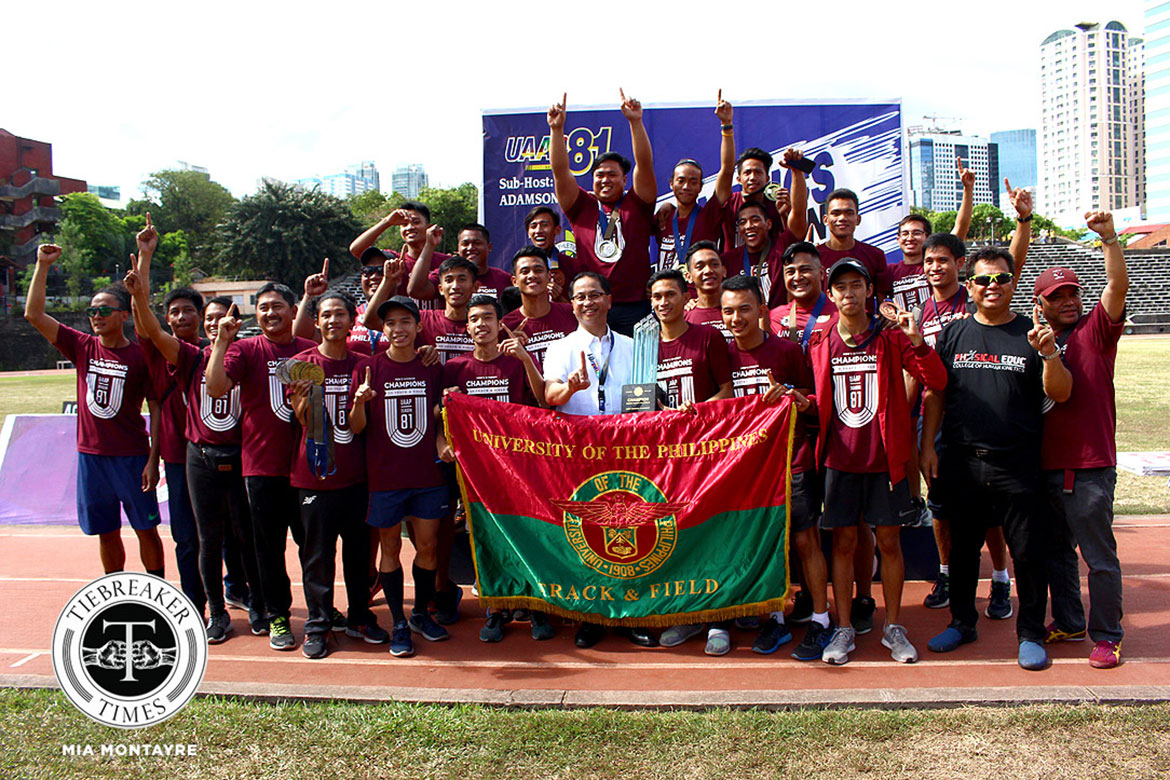 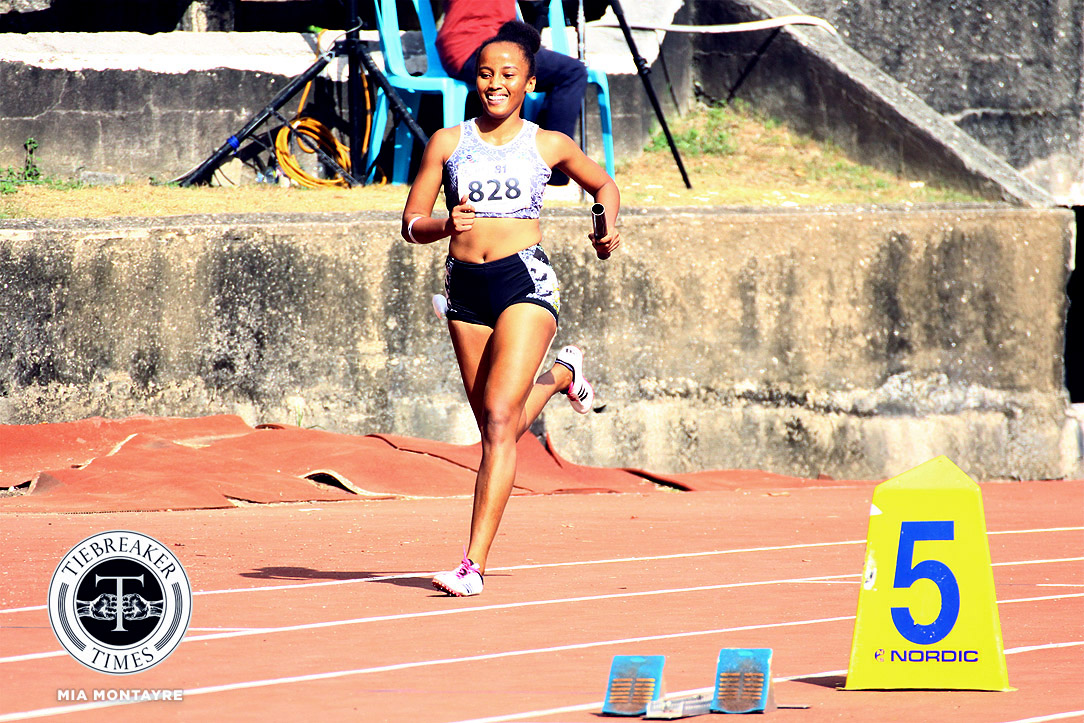 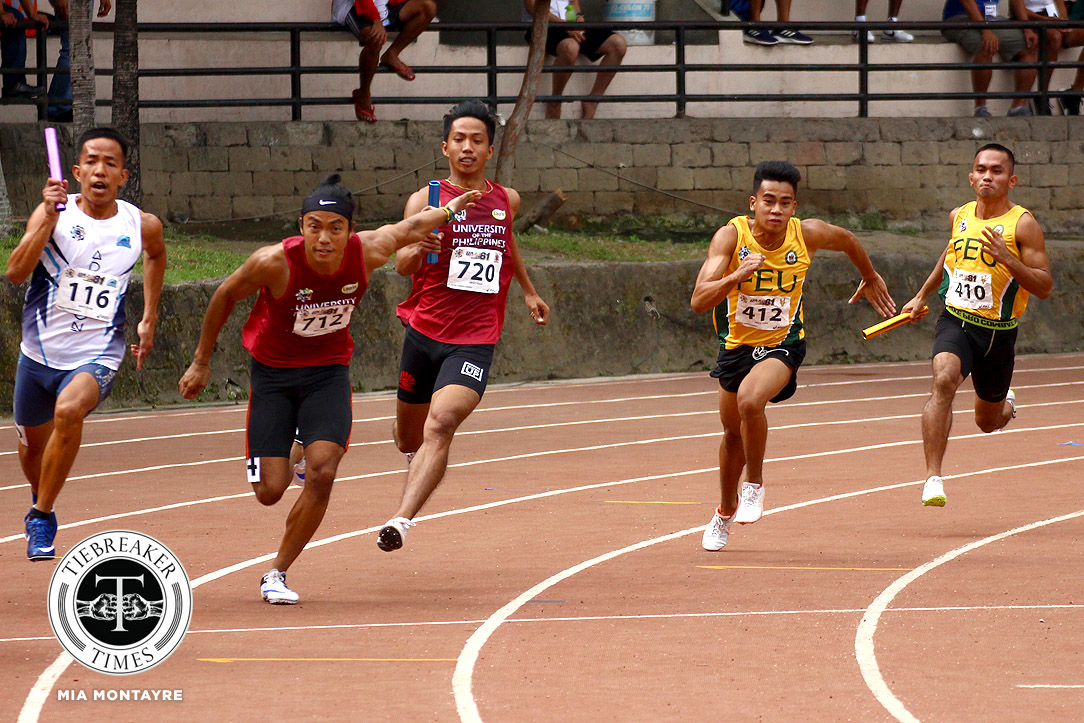