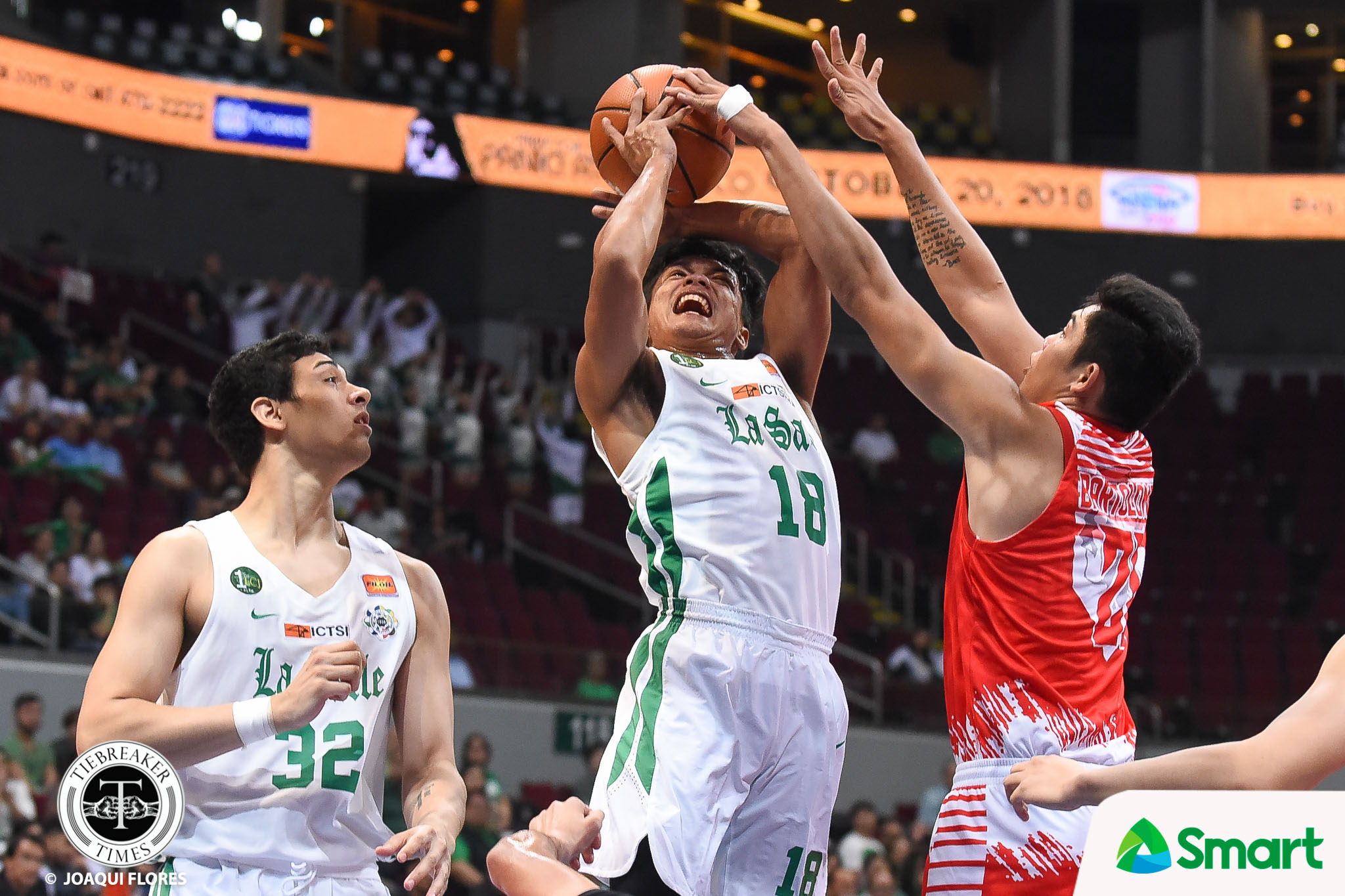 Behind the twin tower combination of Justine Baltazar and Santi Santillan, and the backcourt tandem of Encho Serrano and Andrei Caracut, the De La Salle University Green Archers overwhelmed the University of the East Red Warriors, 79-59, Wednesday afternoon at the SMART Araneta Coliseum.

This was a more dominant win by La Salle than their 82-72 victory over UE last September 23.

The Green Archers go up to 5-3 to tie the FEU Tamaraws in third in the UAAP Season 81 Men’s Basketball Tournament. On the other hand, UE fell to 1-7.

“Going into this game, I told them na sa ngayon, with the standings, every win counts,” said Gonzalez. “We respect UE, kahit sino ang kalaban namin, we need to put on the work. Eto, napakalaking panalo sa amin especially with the schedule.”

And the two combined in La Salle’s first half surge, combining for 23 points and nine boards.

Alvin Pasaol and the Red Warriors showed resistance in the third canto, cutting a once-16 point lead down to just three, 49-46, with 5:46 left. Pasaol, who was averaging 26.6 points and 7.2 rebounds against La Salle prior to this game, finished with 22 points on 26 attempts and 17 rebounds.

Serrano and Caracut restored order, scoring 15 points in a 17-3 burst to restore order and give La Salle a comfortable cushion heading into the final frame.

Serrano, who had 11 points in their first meeting, notched his career-high with 18 points to go along with six rebounds, two assists, and two steals. Fellow second unit member Caracut chipped in 16 markers as well.

La Salle will next face the Adamson Univeresity Soaring Falcons on Saturday, October 20, at the SMART-Araneta Coliseum. On the other hand, UE look to snap out of their skid when they take on the University of the Philippines Fighting Maroons on Sunday, October 21, at the Filoil Flying V Centre.