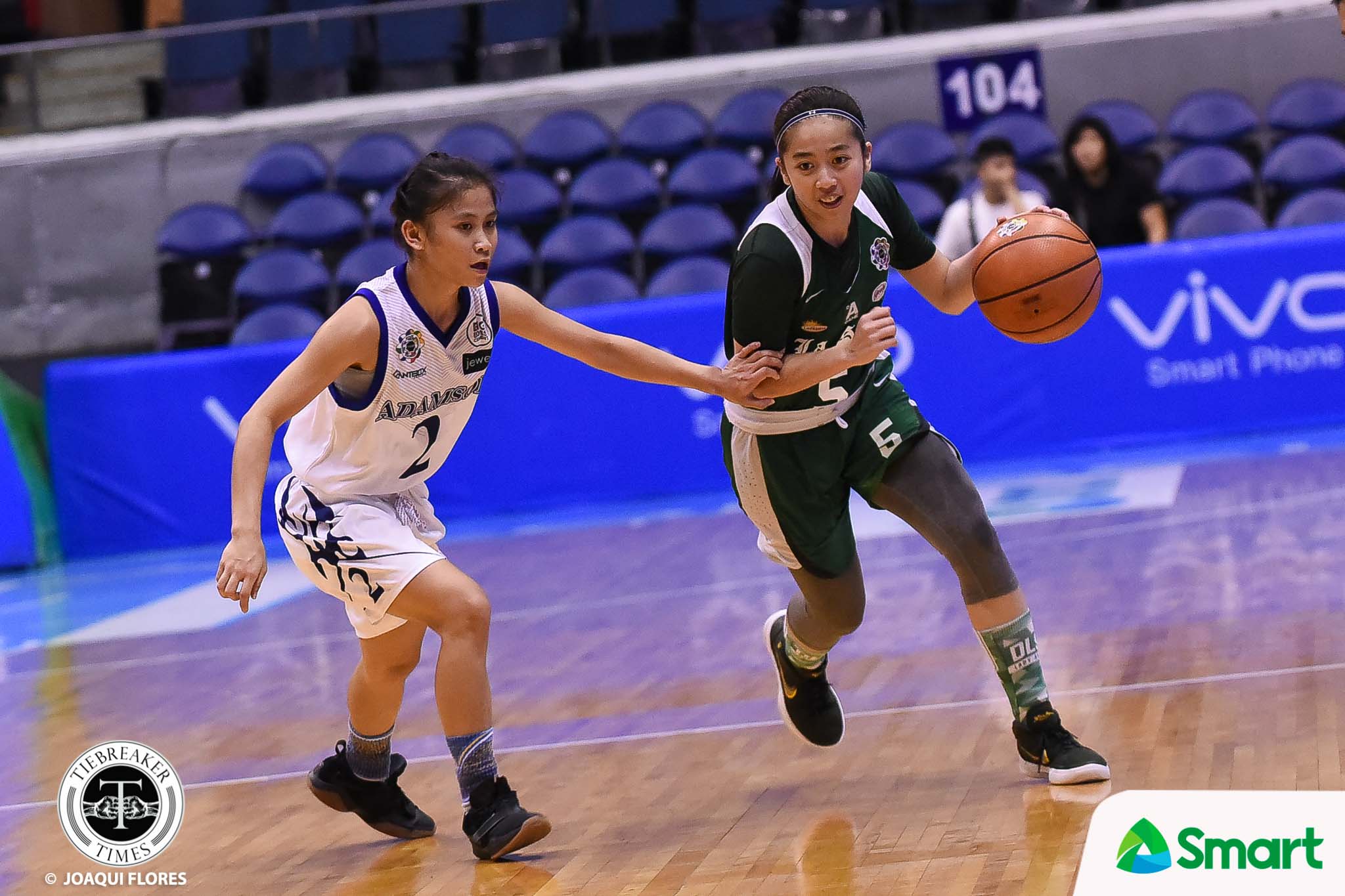 It was an all-important victory for the Lady Archers as they raise their slate to 7-5 – the same record as the Lady Falcons. The 6-5 Growling Tigresses are playing the Ateneo Lady Eagles as of publishing.

“We’re hungry for more and we can’t relax. We just need to keep on working,” beamed Lady Archers head coach Cholo Villanueva. “We are not a very talented team that is why we need to outwork our opponents. Just like this game, we showed heart, that’s the formula for us to get to where we want to be.”

La Salle figured in a nightmare of a start, though, falling behind 12-0 to start the game and a deficit that went to as high as 16 points, 22-6, early in the second stanza. Moreover, Adamson big man Mar Prado was unstoppable in the game.

“Camille and Khate [Castillo] are the leaders of the team. When they start pushing themselves, that’s where the team goes. We saw Camille – being the best point guard in the UAAP now, show talents and leadership,” recalled Villanueva, who himself is a former UAAP champion.

In the final frame, the troika of Lauryn Delcampo, Kat Nunez, and Charmaine Torres followed their captain’s lead with Nunez knocking down a jumper with 6:33 left to give La Salle their first taste of the lead. The Lady Archers would lead by as much as seven points before Prado, Kristeena Camacho, and Lady Rose Rosario would tie things up once more with about a minute remaining.

Claro would then finish what she started, knocking down a cold-blooded jump shot with 1:16 left that served as the game-winner. The Lady Archers made the stops in the end game to seal the win.

“The girls wanted it more than anything else. Down 16 but the girls kept on chopping the lead, kept on driving… That’s what we need from them and we couldn’t ask for more. It was a perfect effort,” beamed Villanueva.

Claro led La Salle with 16 points built on three triples while Delcampo and Nunez chipped in 14 and 10 markers, respectively.,

The Lady Archers will next face arch-rivals Ateneo de Manila University Lady Eagles on Tuesday, November 13, at the Blue Eagle Gym in Quezon City at 3:00pm. Earlier in the day, the Lady Falcons will face the formidable Far Eastern University Lady Tamaraws.