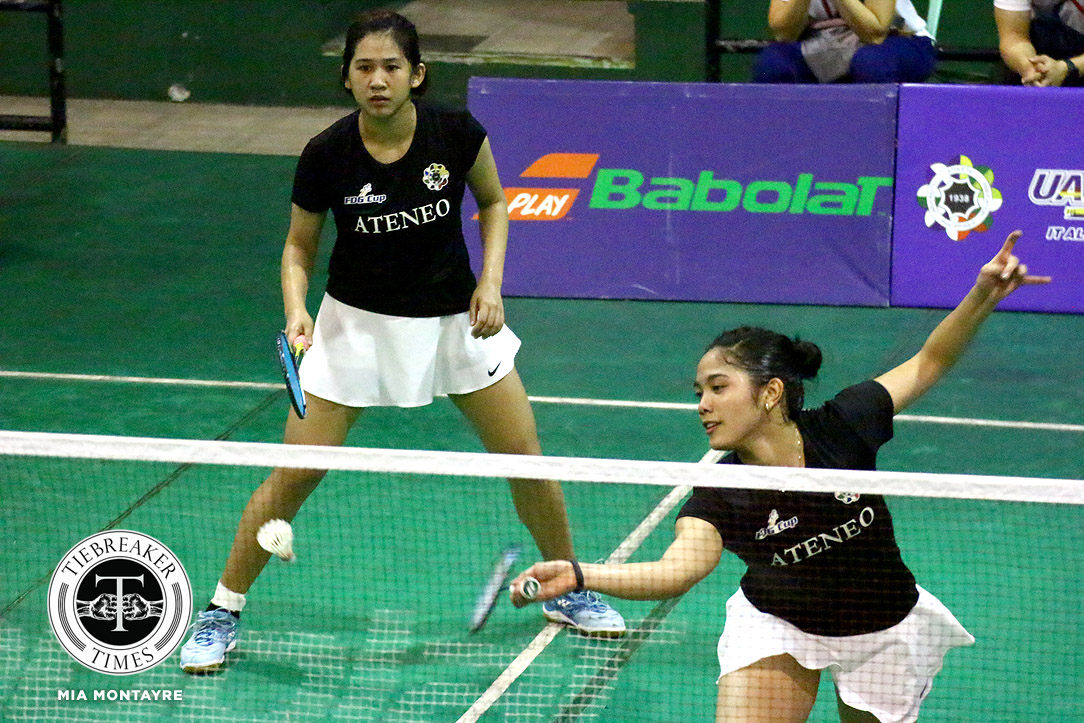 To be the man, you got to beat the man.

Those were the unspoken words from the Ateneo de Manila University Lady Eagles as they dismantled the twice-to-beat advantage of the National University Lady Bulldogs in the UAAP Season 81 women’s badminton semifinals, Sunday afternoon at the Rizal Memorial Badminton Hall.

After suffering their second straight loss in their eliminations meeting with the Lady Bulldogs, Chanelle Lunod shared that the Lady Eagles simply learned from it. “We took it as a positive thing. For the past three years, nagawa naman namin to rise from the bottom. So, feeling namin it is still possible.”

That positive mindset perhaps fueled the former champions to play their A-game despite the odds.

After their captain Samantha Ramos fought hard but was outpowered by national player and country’s top singles athlete Sarah Barredo in two games at 21-13, 21-12, the Lady Eagles flew higher than their more favored opponents.

Lunod, on her part, dismantled the challenge of senior Jiselle Capillo from NU in the second singles match. The former Rookie of the Year from Loyola Heights breezed past the opening frame, before pulling away from a 14-all truce in the second game to equalize the tie for her side.

And after just a few minutes of rest, the third-year Atenean went back to the court with her senior Geva De Vera against Barredo and the other national athlete for the Blue and Gold, Thea Pomar. Lunod knew that they needed to win this match.

However, Lunod’s and De Vera’s combined determination was greater than the sum of their fears, as they dealt the vaunted duo from Bustillos their second defeat of the season. Winning at 17-21, 21-16, 21-17, they took their team a step closer to forcing a winner-take-all tie the following day.

Despite the drastic loss Ramos and sophomore Bea Felizardo suffered in the opening game at 13-21, the Lady Eagles flew higher than Capillo and Jeya Pinlac’s advances in the second doubles match. The result: Ateneo weaved two 21-17 victories in the next two frames to live and fight for another day.

For Lunod, it will be another day to show that hard work, and determination will trample fatigue and being undermanned. “Advantange pa rin sila kasi paguran eh, konti lang kami. Pero bukas, kakayanin.”

Ateneo and NU will dispute the other Finals berth for one final time on Monday, October 8, at 1:00 pm at the same Malate venue.