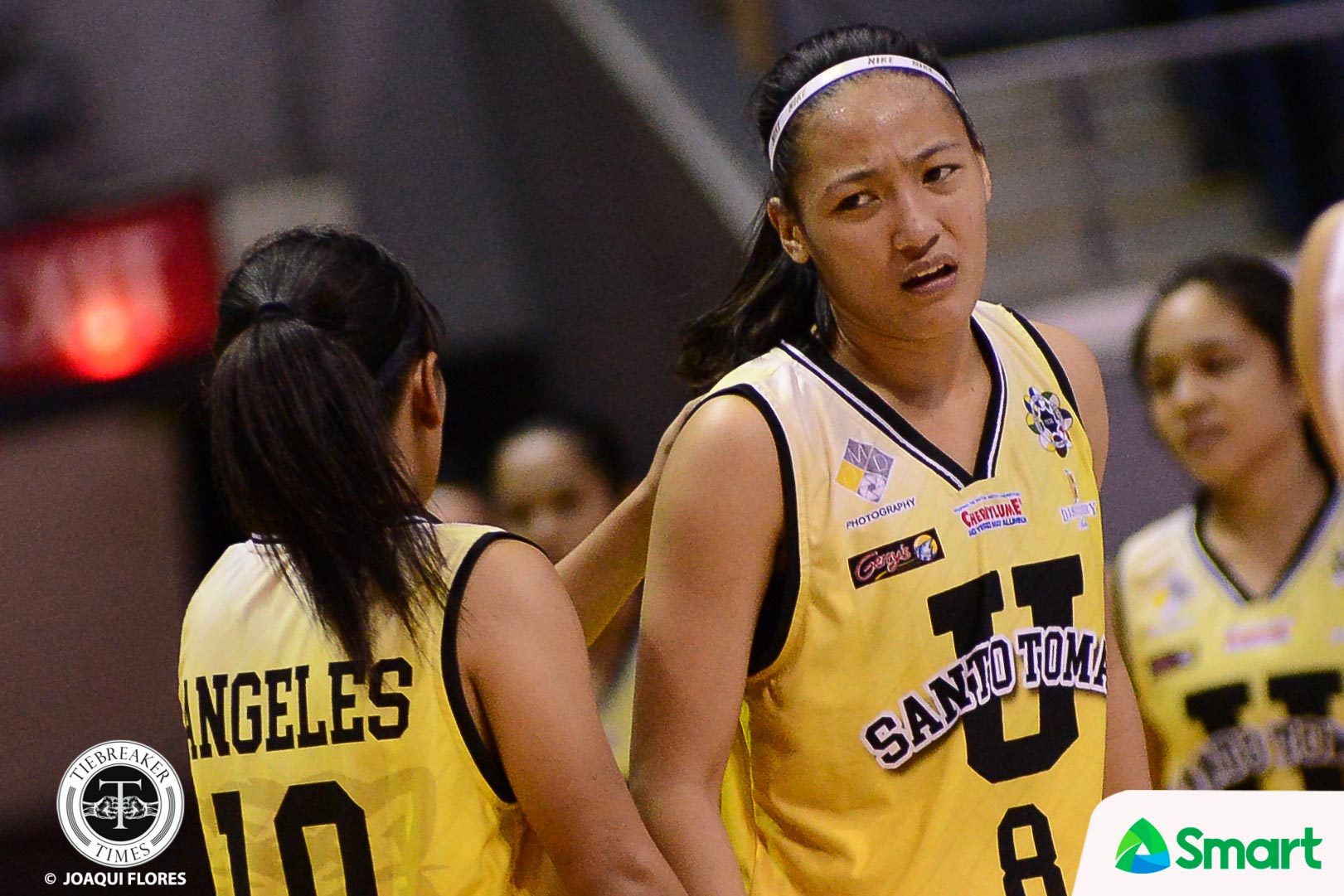 As one of the top programs to miss out on last season’s Final Four, the University of Santo Tomas Growling Tigresses continued to show their intent to return to the post-season, as they got their fifth win in a 65-62 victory against the De La Salle University Lady Archers.

Anjel Anies also finished out 10 points for the España school, today at the Smart Araneta Coliseum in Quezon City.

UST started to break away from La Salle in the third period. A Larosa freebie handed the Growling Tigresses their biggest lead of the ballgame at 52-43 near the end of the quarter.

But La Salle retaliated, as a 4-11 run capped off by Chay Vergara’s five unanswered points managed to trim the lead to just 56-58 with 2:28 left in the fourth quarter.

That was the best La Salle could do, however, as the UST defense proved to be too tight for the former’s offense. A 7-2 run ignited by Anies provided UST a 65-58 in the game’s final stages.

A charity from Kat Nuñez and a Vergara trey came too late, as the Growling Tigresses eventually won 65-62 against the Lady Archers.

Ong’s wards controlled the board with 54 rebounds compared to La Salle’s 40. On the other hand, Charmaine Torres carried La Salle with 17 points, with Vergara and Johanna Arciga following suit with 11 and 10 points respectively. This was the Lady Archers’ fourth loss already this year.

UST (5-1) hope to end the first round with a win against a tough University of the East at 9:00AM, while La Salle (1-4) will play archrivals Ateneo de Manila University Lady Eagles afterwards at 3:00 PM. Both games will be played on October 4 at Ateneo’s Blue Eagle Gym.

“We have one more game against UE and hopefully we can pull another upset against UE so we can get the top two spot for the first round. I think yun yung pinaka maganda na mangyayari sa amin sa first round na we’re on the upper bracket not like last year na nasa baba kami,” concluded Ong.