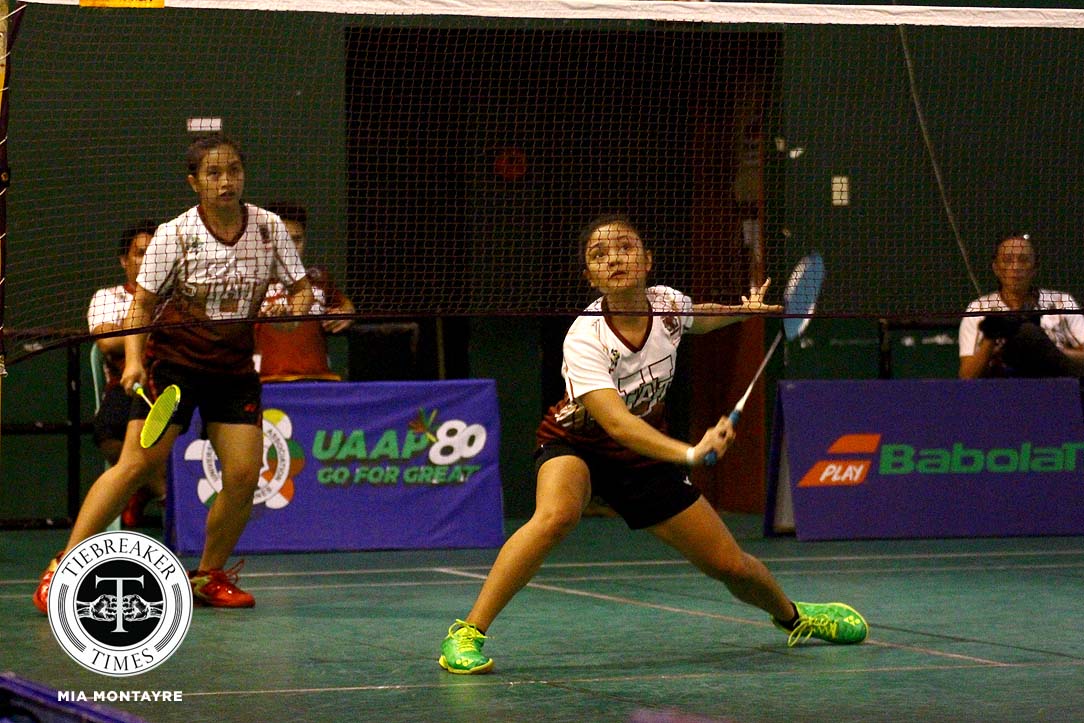 The defending UAAP women’s badminton champions University of the Philippines Lady Maroons needed just a little more than hour to secure their third straight win and dispatch the University of the East Lady Warriors, 4-1, Saturday afternoon at the Rizal Memorial Badminton Hall.

UAAP Season 77 Rookie of the Year Ann Marañon opened the rout, taking care of Lyra Rosal in just 13 minutes at 21-7, 21-12. The current UP co-captain used her agility to cover much court and her swift returns to catch the UE opponent off guard.

Marañon’s sucessor as top rookie, Lea Inlayo, then shook off a semblance of challenge from the other Rosal, Heide, especially in the early goings of the first game. Nonetheless, using the same skill set as her co-skipper, the former national team standout finished the match at 21-15, 21-11.

The tie was then secured after two former Most Valuable Players combined to make short work of the Lady Warriors. Season 77 MVP Jessie Francisco and last year’s top player Poca Alcala wrapped up the first doubles match after just 20 minutes, winning over Erycka Labay and Pamela Fernandez at 21-8, 21-19.

The returning Elisha Ongcuangco and lone rookie Pauline Santos could not make it a sweep as the Rosals took one for UE at 22-20, 21-13. Nonetheless, Jeline Masongsong finished the day still at the Maroons’ favor, sweeping Labay at 21-11, 21-15.

For Marañon, the team approached each tie as a totality. She shared that, “Inapproach po namin siya how we prepared for the whole season po. Ngayon yung trainings, light na lang kasi games na.

The stage is now set for the rematch of the Finals for three straight years, as the unscathed Fighting Maroons (3-0) will take on the undefeated Ateneo de Manila University Lady Eagles (3-0), Saturday, September 30, at 1pm.

On the other hand, the Lady Red Warriors (0-4) will look to pull off a stunner against the De La Salle University Lady Archers (2-1) on the same day and time.

La Salle bounces back strong with romp of struggling UST