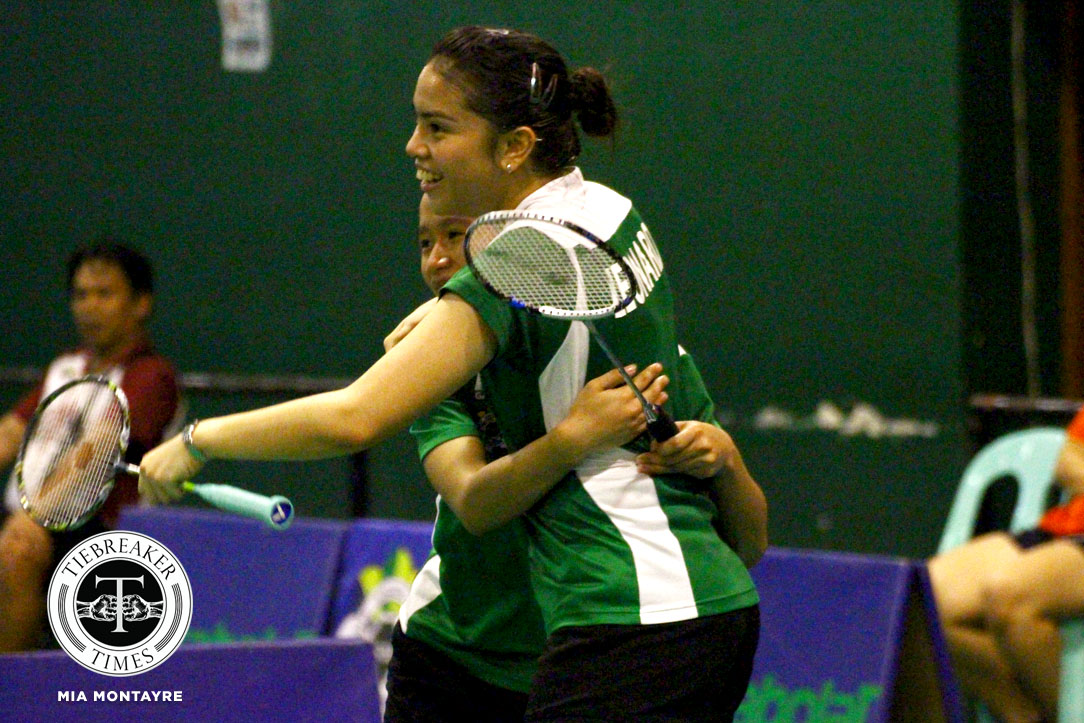 Having lost to the same opponent in the semifinals series last season, the De La Salle University women’s badminton team has made it a mission to win one back when they face archrivals Ateneo de Manila University Lady Eagles.

That determination showed, as the Taft-based side completed the rout of the Lady Eagles, 4-1, to clinch their third straight win of the season and fourth overall, and in the process send themselves to the semifinals, Sunday afternoon at the Rizal Memorial Badminton Hall.

Wanting to make up from that huge gamble the previous day, Ateneo started the day with Queen Eagle Bianca Carlos taking the court for the first singles match.

The fifth-year phenom, however, had a hard time overcoming lefty Nicole Albo and had to concede the first game at 12-21. Regaining her groove and finally solving the “left-handed” puzzle, Carlos breezed past the succeeding sets at 21-14, 21-9 to put the Blue and White on top at 1-0, as she used to do.

That turned out to be the last flight of the Lady Eagles, as the Lady Shuttlers shot them down one-by-one in the next matches, en route to the latter’s win.

Arianne Rivera shook off a single-game setback to stop Trixie Malibiran in the second singles match. The other fifth-year Lady Eagle confidently bagged the opening game at 21-14, before the national team pool member Lady Archer carved out the tight wins in the second and third at 21-19 and 21-17.

#ReadMore  Blacklist knocked off in ONE Esports: MPLI Round Two

After Rivera equalized, Albo and fifth-year Isay Leonardo teamed up to wrest the lead for the Green and White. The Taft ladies squeezed past Chanelle Lunod and Carlos at 21-15, 18-21, 21-19 in the first doubles match.

With a chance to complete the revenge win, Lindsay Tercias and Iyah Sevilla turned back the gritty challenge of Malibiran ad Geva De Vera. The result was a 21-18, 21-19 decision and a win for La Salle.

For the returning Albo, the win was a welcome one, as they aim to go for a higher rank this year. “Sobrang saya na nanalo kami rito. Advantage rin kasi yun na may twice-to-beat kami. We’re aiming [to be] the second ranked team [after elims] para makuha namin yung advantage na ‘yun.”

The Lady Shuttlers (4-1) will have to get past the National University Lady Bulldogs (3-2) to grab that bonus. On the other hand, the hungry Lady Eagles (3-2) will try to vent their ire on the winless University of Santo Tomas Golden Shuttlers (0-5). Both ties will be on Thursday, October 5 at 1pm. 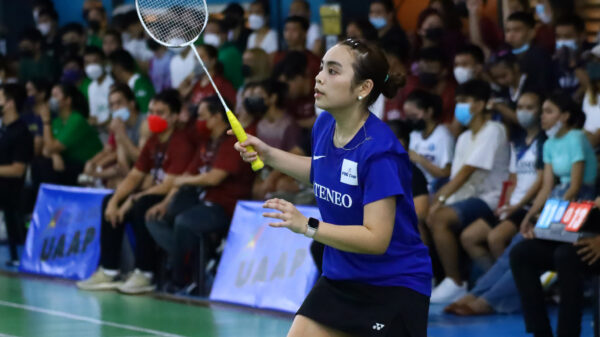 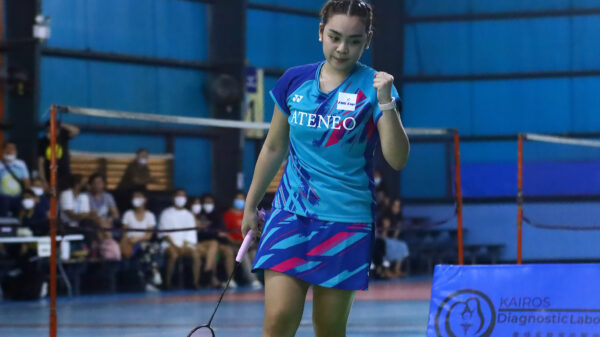