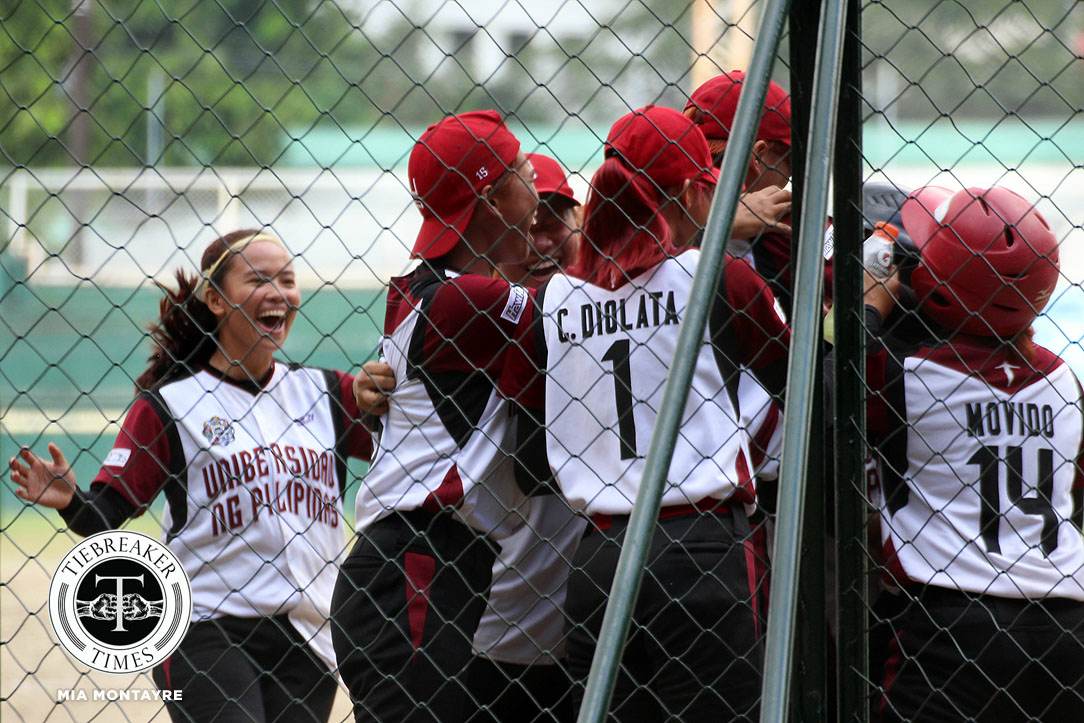 Needing to win their final two outings in the tournament to stay in the Final Four race, Cochise Diolata and the University of the Philippines Lady Maroons allowed just one hit in an 8-1 sixth inning mercy rule, Thursday morning at the Rizal Memorial Baseball Stadium.

The Lady Maroons will enter the final day of the elimination round with a 5-6 record, a game behind the UE Lady Warriors who sit at four. UP will face the UST Tiger Softbelles on Saturday, March 3.

Diolata, a third-year Lady Maroon pitcher, surrendered just one hit in the contest — a Bea Parma single that brought home Katrina Santos during the fifth inning.

UP, on the other hand, had a field day against Kevyn Lacson.

Back-to-back doubles by Keith Ferrer and Jaz Movido punched in UP’s first run while errors by the Lady Eagles in the fourth inning led to three more runs.

The Lady Maroons ended the game with four more runs during the sixth inning, highlighted by a two-RBI double by Angeline Gomez, sealed the contest.

Video courtesy of Colin Salao of the Guidon:

A quintet of seniors make their final run around the diamond for the Ateneo Lady Eagles.

Ateneo ended their campaign with a 1-11 record.