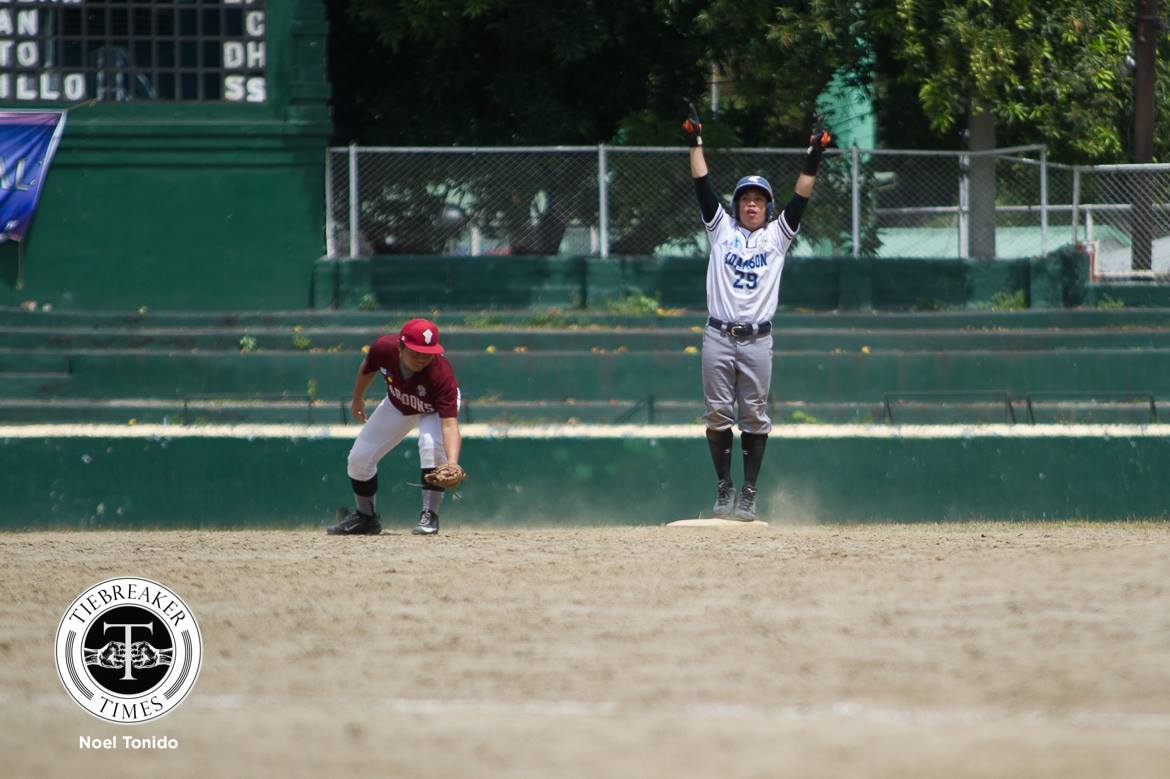 The hottest team in the league right now, the Adamson University Soaring Falcons overpowered the University of the Philippines Fighting Maroons, 13-3, for their third straight win, Sunday afternoon at the historic Rizal Memorial Stadium.

Still sharing second place with the Ateneo Blue Eagles, Adamson legend and head coach Orlando Binarao hopes that the high they are in continues to roll as the tournament enters its toughest stretch.

Same could not be said about the Fighting Maroons, who have fell to 1-6.

Coming off a high against the Blue Eagles last Wednesday, Kenneth Marinas struggled with the potent batters of the Soaring Falcons. Erwin Bosito opened the bottom end of the first inning with a triple and was followed by a single and a double by Gerald Riparip and Kyle Villafana respectively. Back-to-back singles by Lexter Carandang and Juan Rebollar capped the dominant five-hit inning, giving Adamson a 3-1 edge.

After driving in four more runs in the next four innings, Steven Manaig launched his first home run of the season, punching home three more runs in a four-run inning to turn the game into a rout, 11-3.

While the offense was on fire, Adamson’s fielding was also on-point, leaving 11 runners stranded in the game.

Raymond Nerosa started on the mound for Adamson but struggled by the third inning. Michael Catalan was the reliever before third-year revelation Lexter Carandang closed out the contest.

The Soaring Falcons looks to sweep their regular season series against the Ateneo Blue Eagles on Wednesday, February 28. UP, on the other hand, looks to upset the DLSU Green Batters on the same day at 7:00am.