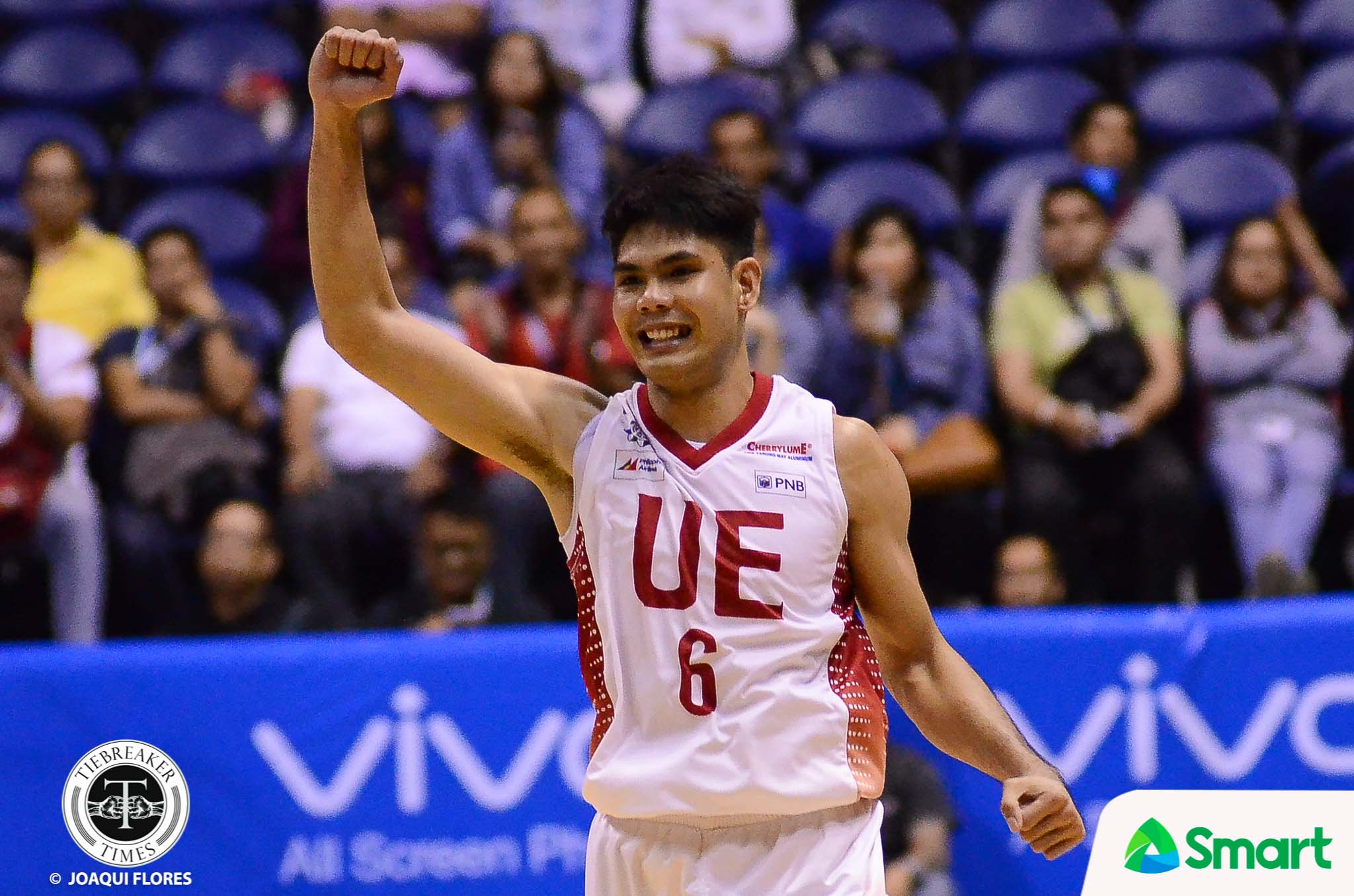 The University of the East proved that they did not need a monster outing from Alvin Pasaol to pick up a win, as the Red Warriors weathered everything the National University Bulldogs threw at them, taking a 90-77 win, Saturday afternoon at the SMART-Araneta Coliseum in Quezon City.

UE notched their  first win streak of the season, lifting their  record to 2-6. NU, however, dropped their fourth outing in their last five games, falling to 3-5.

“I think we thought about it the whole week that if we wanna make a run, we have to start the second round on a winning note,” said fourth-year UE head coach Derrick Pumaren, “It will be tighter and tighter, there’s no third round.”

After averaging 40.5 points in their last two games, Pasaol was limited to just 11 points and 10 rebounds in 19 minutes due to foul trouble. But it also served as a much-needed break for the burly forward, as plenty of his teammates stepped up for the Red Warriors.

Six-foot-1 swingman Mark Olayon made an imprint all over the game, tallying 17 points, six rebounds, and eight assists. Big men Wilson Bartolome and Nick Abanto finished with 14 and 13 points respectively, with the latter grabbing 11 rebounds as well.

“I’m proud of the second group because they gave Alvin the needed rest,” shared Pumaren, “They were able to deliver and hold the fort for the team.”

Though the Red Warriors were in control for much of the game, the Bulldogs, behind Issa Gaye and Jjay Alejandro, were able to cut the lead to just three, 59-62, to enter the final frame.

A confident Red Warriors squad though fired on all cylinders in the final frame. UE’s lead went to as high as 16 points, 90-74, after Gaye was called for an unsportmanlike foul on Olayon, who converted both his layup and the free throw, while Philip Manalang scored afterwards.

NU could not protect the ball, however, committing 21 turnovers that led to 25 UE points. Moreover, even if the rebounding battle was close, the Red Warriors worked harder than the Bulldogs, scoring 20 points off the offensive rebounds.

UE look to make it three in a row when they face the Adamson University Soaring Falcons on Wednesday, October 18, at 2:00pm. NU, on the other hand, take on the Ateneo de Manila University Blue Eagles on the same day at 4:00pm. Both games will be played at the SM Mall of Asia Arena in Pasay City.