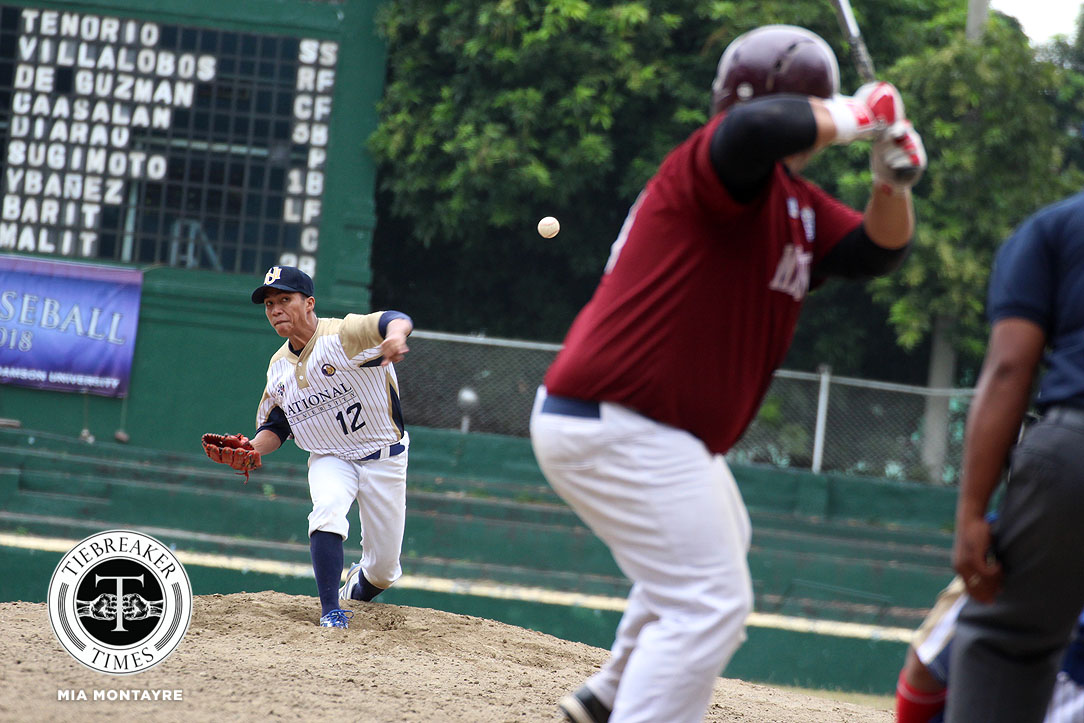 Coming off three lackadaisical losses, the National University Bulldogs — a team seen by the league’s coaches as a contender heading into the season — regrouped prior to this game. They could not afford to lose to the hapless University of the Philippines Fighting Maroons.

After struggling to connect during their first three games of the season, the Bulldogs were able to get their bearings back, finishing the game with their season-high 11 hits.

With Diarao allowing just four hits in the seven innings he pitched, the offense was more confident.

The Fighting Maroons, who were without lead-off batter Gabby Yang due to suspension, could not get anything going — even falling to 6-4-3 double play to close out the eighth inning.

NU take on the University of Santo Tomas Golden Sox in their final assignment of the round on Sunday, February 18. UP hope to wield the upset axe on the De La Salle University Green Batters on the same day.