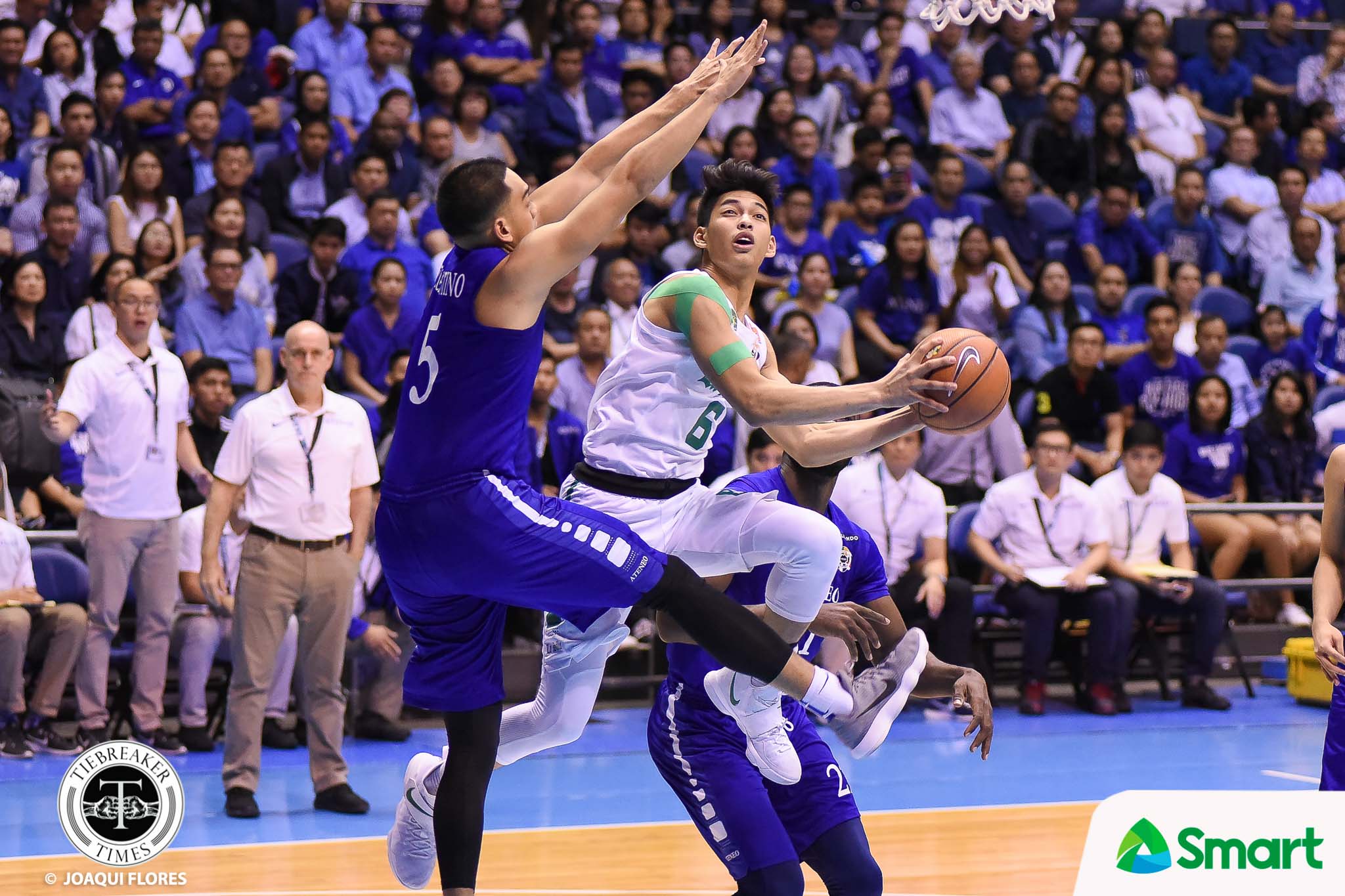 Whoever said Mayhem was dead?

The Blue Eagles had a dream start, beginning the game with a 21-7 lead, which they eventually pushed to a game-high 49-28 cushion. Moreover, during that run, Ricci Rivero was assessed with his fourth personal foul with 3:28 remaining in the first half.

But despite the increasing pressure, the Green Archers were unperturbed. A thunderous jam by reigning Most Valuable Player Ben Mbala sparked a furious 34-9 run.

“We stuck together. We saw some of our players down, struggling. We kept grinding, we kept pushing,” said Mbala. “Coach [Aldin Ayo] told us to keep believing. I feel like we got used to games like this and we just have to stick together, stick to the game plan, and play D.”

The duo of Ricci Rivero and Andrei Caracut carried the strong momentum from second quarter by Aljun Melecio into the third frame. Ricci Rivero, a member of the Mythical Five, was able knot the game at 58-all with 2:43 left, while his assist to Ben Mbala 22 seconds later gave La Salle their first taste of the lead.

After being limited to his career-low in Game One, Mbala finished the game with 20 points on 9-for-15 shooting to go along with three steals and four blocks. Rivero, on the other hand, scored 12 of his 18 points in the second half, while Caracut chipped in 10 of his 13 points during the same span.

#ReadMore  La Salle gets back at Ateneo for solo second

“Sa second half, it wasn’t me who played, siguro that was God. The whole time na naglaro ako, I was praying lang,” shared Rivero.

Despite the attempted heroics of Aaron Black and Thirdy Ravena, the Green Archers machine simply got going while the Blue Eagles had no answers.

A beautiful eurostep by Rivero that led to a basket with 4:01 left gave La Salle a 13-point edge, 85-72. Ateneo, clearly stunned, could not recover the rest of the way.

Ateneo had five players in double-digits, led by Ravena with 20 markers with six rebounds and four assists, but committed seven turnovers. Black added 15 points on 6-of-8 shooting.

The winner-takes-all tilt will take place on Sunday, December 3, at the SMART-Araneta Coliseum.