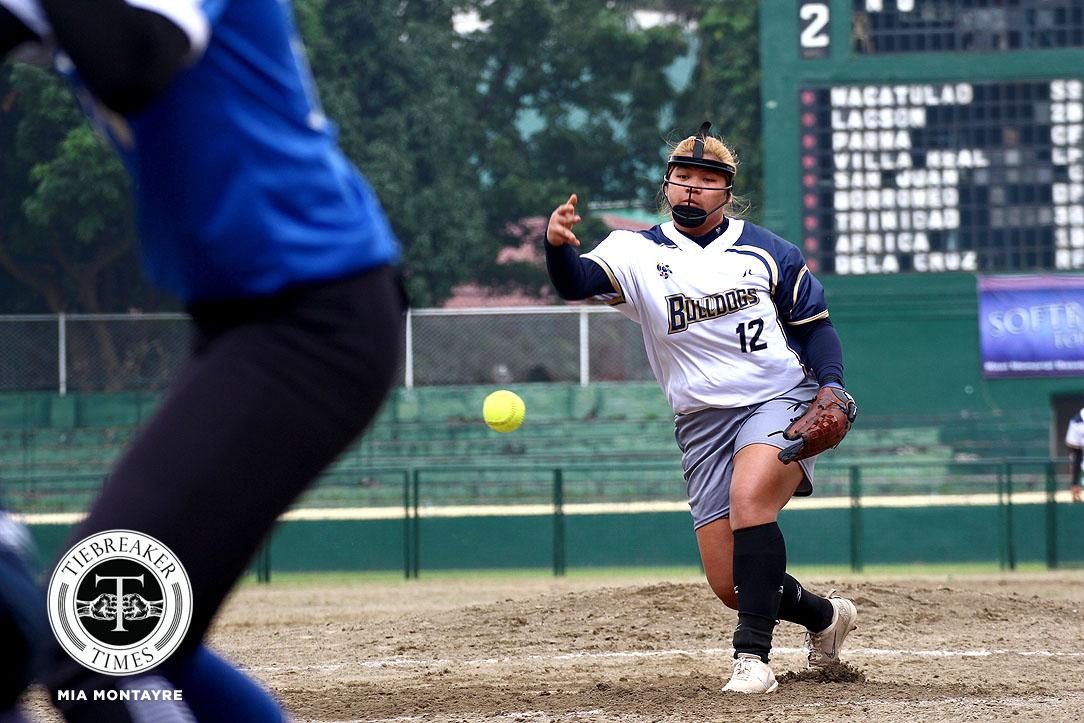 Surprisingly, Ateneo was able to keep pace with NU’s offense during the first two innings as the bottom-ranked team was able to knot things up at 2-all after a strong opening inning.

However, just like in their game against La Salle, all it took was for NU was one huge inning. And it came in the third inning.

Ateneo pitcher Kaira Ventosa was bombarded by the Lady Bulldogs, giving up five hits and five runs. The rally was capped by a two-out, two-RBI single by Mary Joy Lumhod.

“We focused more on hitting. That’s why we got Dimpo [Benjamin] para makatulong sa batting namin. Nakikita namin ngayon, yun yung strength namin,” shared Delos Reyes about the Adamson great who he tapped for his staff.

It did not stop there as Mia Macapagal slammed a two-run homer during the fourth inning to give NU a seven-run cushion.

Besides going 2-of-2 at-bat for two runs and three RBIs, Macapagal had three strikeouts while giving up just two hits in the four innings she pitched.

NU looks to make it three in a row when it faces the UST Tiger Softbelles on Monday, February 12 at 1:00pm. Ateneo plays its final game of the round against the DLSU Lady Batters on the same day at 9:00am.