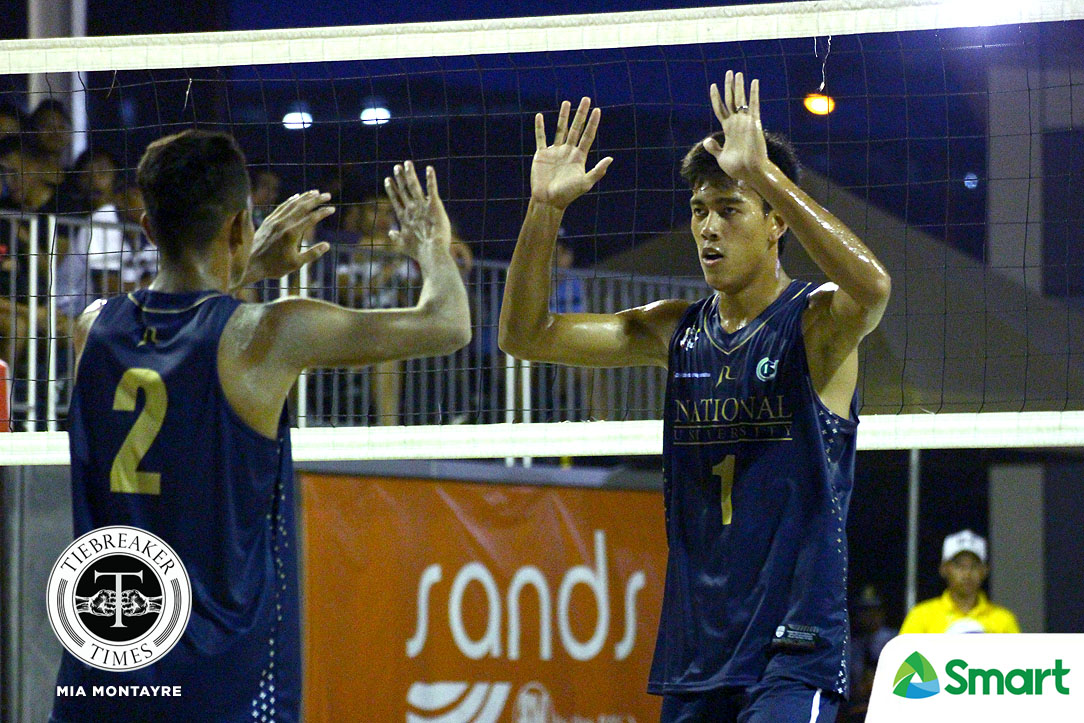 National University’s Bryan Bagunas and James Natividad remained unbeaten, and came within a match of clinching an outright Finals berth in the UAAP Beach Volleyball tournament at the FilOil Flying V Centre.

Bagunas and Natividad knocked off the Ateneo de Manila University’s Karl Baysa and Marck Espejo, 21-19, 21-16, in the afternoon; then swept the De La Salle University’s Wayne Marco and Cris Dumago, 21-17, 21-10 in the night cap.

National U clinched a 6-0 record to end Day Four. A win on Thursday against the University of the Philippines’ Wendel Miguel and Niccolo Consuelo will send them to the best-of-three Finals and leave the rest of the field to compete in a stepladder.

Defending champions University of Santo Tomas and last season’s silver medalists Far Eastern University set up a grueling clash for the second seed and a twice-to-beat advantage on Thursday.

Both FEU and UST sport a 5-1 record heading into their clash on Thursday. The winner of that tiff gets the second in the Final Four which begins on Thursday evening.

Ateneo, meanwhile, need to win their final elimination round match on Thursday against Adamson to secure the fourth seed. A loss sends both squads into a playoff for the final seat.