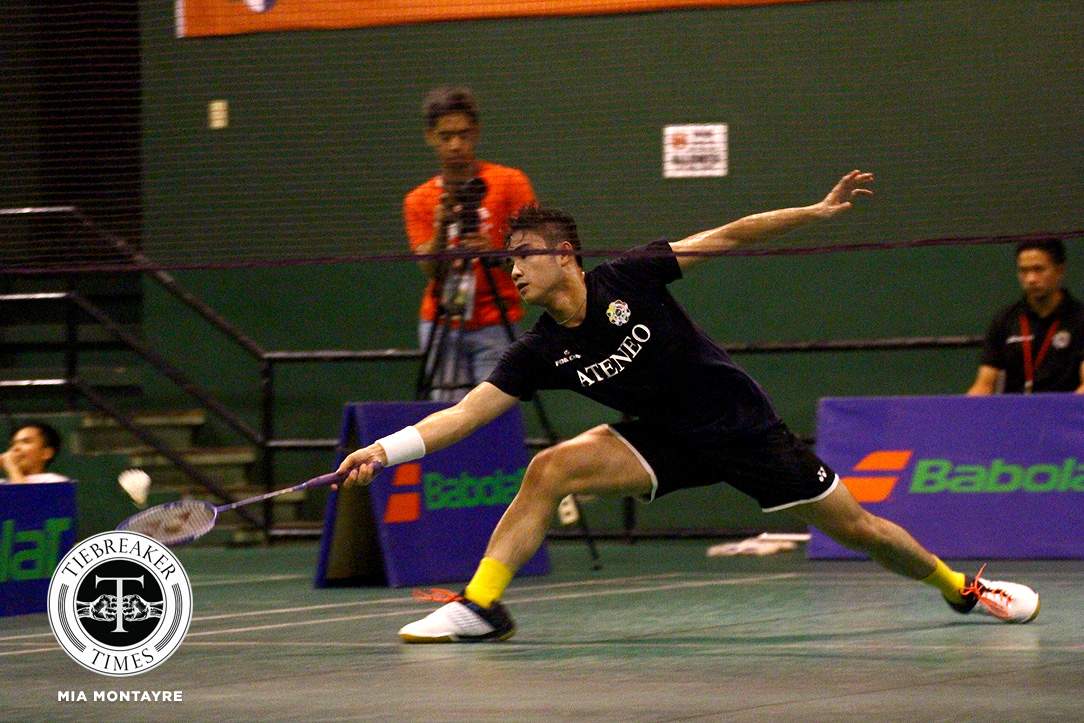 With some key players from last year’s run out of this season due to academic reasons, the Ateneo de Manila University Blue Eagles showed no signs of panic after dominating the feisty Adamson University Soaring Falcons, 4-1, Thursday morning at the Rizal Memorial Badminton Hall.

Team captain Carlo Glen Remo started the day with a convincing win for the Katipunan squad after scoring a straight sets victory against Elben Concha, 21-16, 21-11.

From a tight start in the first frame, the Blue Eagle skipper pulled away after the interval to take the lead for good. Remo then used this momentum to easily dispose of Concha in the following game.

Clarence Filart then had to stifle the challenge of Kevin Fabros in the second singles match to put Ateneo up at 2-0. The third-year Falcon forced a decider after taking the second game at a solid 21-15 finish, after conceding the first at 14-21. Nonetheless, the former Ateneo leadman never looked back in the decider at 21-11.

Team Captain Remo and usual partner Patrick Gecosala secured the win for the UAAP Season 79 runners-up with a come-from-behind win at 19-21, 21-11, 24-22. The Ateneo duo had to shake off the sorry first-game loss they surrendered to errors and executed better particularly in that close deciding third set.

Adamson, however, took one back after Fabros and Jhonrick Macabenta pocketed the second doubles match over Filart and Sean Chan at 21-16, 15-21, 22-20. Last year’s Rookie of the Year Keoni Asuncion closed the tie, still in favor of Ateneo, nonetheless, taking care of Mavabenta at 21-13, 21-16.

The Blue Eagles (1-0) will battle their archrivals De La Salle University (1-0) when they return to action on Sunday, September 24, at 8am. That is, after the Falcons (0-1) take on the same team the day before at 8am.