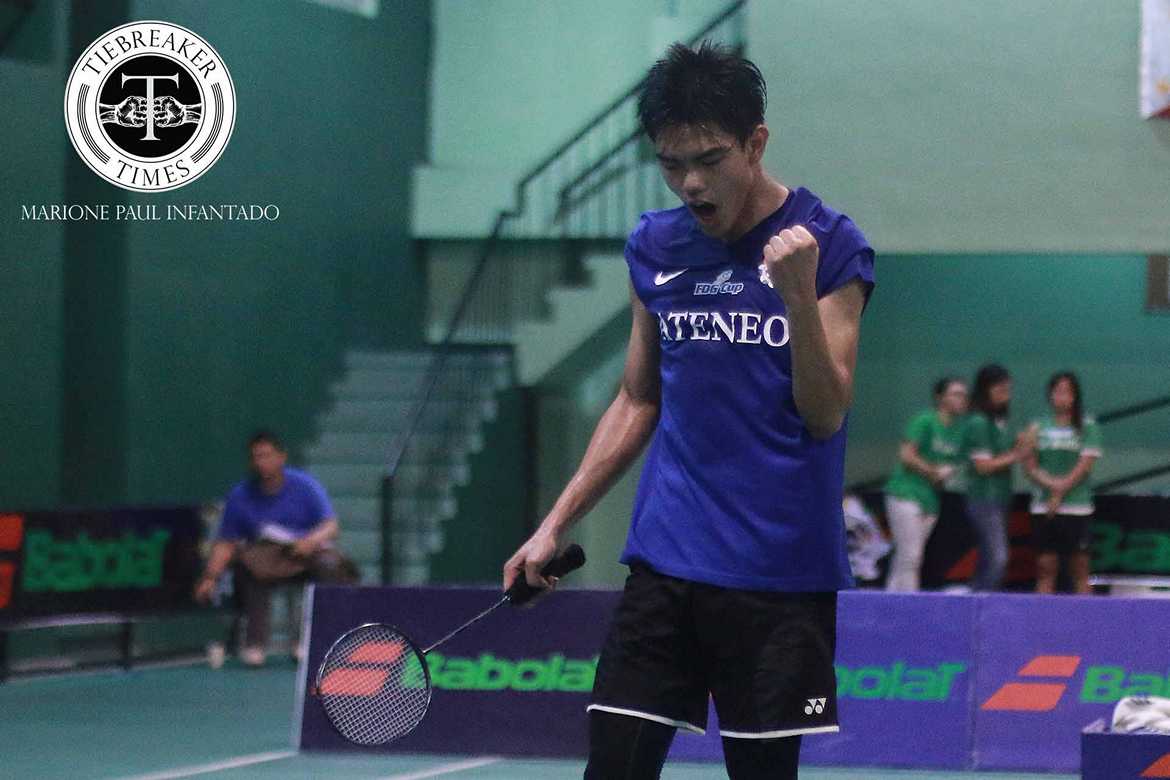 Last year’s runners-up Ateneo de Manila University Blue Eagles are on a roll, showing their readiness for their showdown with the defending champions.

The Blue Eagles of Katipunan toppled the University of the East Red Warriors, 4-1, to pocket their third straight win, Saturday morning at the Rizal Memorial Badminton Hall.

Skipper Carlo Remo once again opened the day with a sweet sweep of AJ Manlalangit in the first singles match. The long-time Ateneo stalwart pulled away early and never looked back to wrap up both games in 21-10 scorelines.

Then it was the turn of former team captain Clarence Filart to take a win for the Blue and White. In perhaps his most dominant showing this season, the fifth-year Eagle used his length to cover the court well and win it at 21-8, 21-10, over Benjamin Silva.

The current lead man Remo and last year’s top rookie Keoni Asuncion completed the tie win after shaking off the tough challenge of Andrew Barreto and Clarence Camacho, 21-16, 21-15. The duo from Recto surprisingly held their ground against the Ateneans, before the latter caught fire and eventually rolled up the victory.

The Blue Eagles (3-0) will face the National University Bulldogs (3-0) in a repeat of last year’s Finals showdown, Saturday morning at 8am. This will happen as the Red Warriors (0-4) battle the De La Salle Green Archers (2-1) simultaneously.