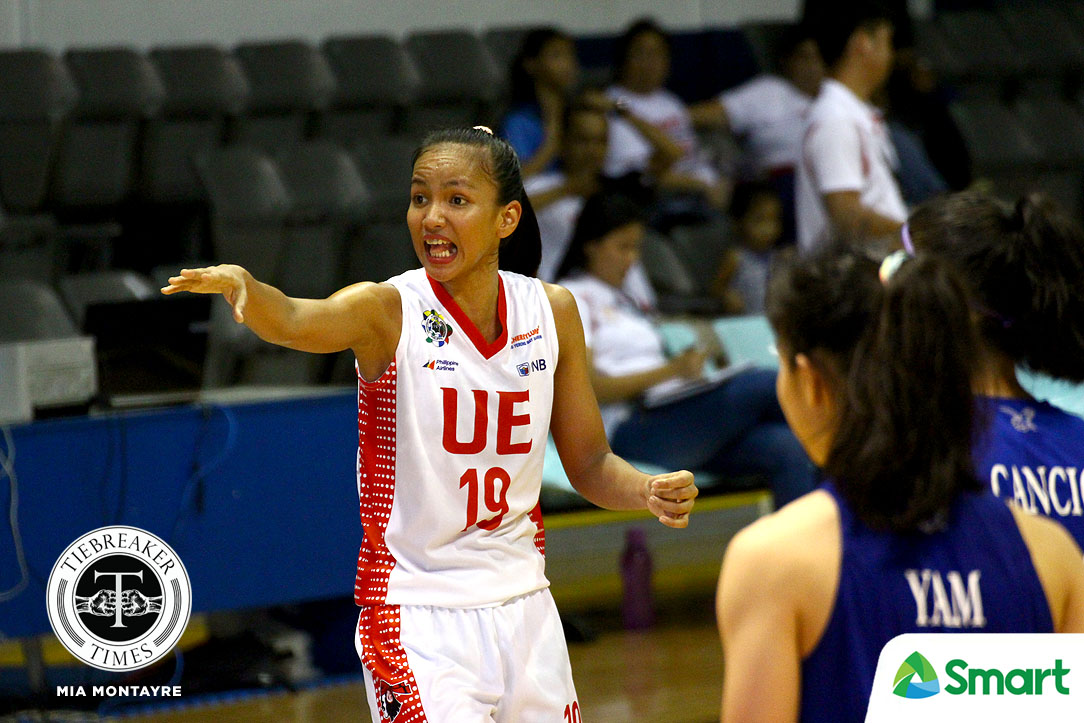 After their heartbreaking first round finale loss at the hands of University of Santo Tomas, the University of the East sought to kickstart their UAAP Season 80 Women’s Basketball Tournament second round tournament with a victory to put that sorry loss behind them.

The Lady Warriors did so in routine fashion, as they dispatched the Ateneo de Manila University Lady Eagles, 56-48, today in the latter’s Blue Eagle Gym.

UE accrued a slender lead of 28-26 before the break and returned from the dugout stronger come the third quarter. The Lady Warriors went on a 16-7 run capped off by Eunique Chan’s freebie to earn their biggest lead at 44-33.

However, Ateneo retaliated before the end of the frame, and an Alyssa Villamor trey trimmed the deficit to 40-46 just before the fourth quarter.

Villamor turned out to be a nuissance for the Lady Warriors’ defense, as she sunk two free throws to make it a 47-50 game with roughly three minutes left in the ballgame.

But Ateneo failed to break that three-point barrier soon after, and UE capitalized to seal the win when Bienca Ramos’ jumper extended the Lady Warriors’ cushion to 52-47 at the 2:30 mark of the frame.

Sto. Domingo and Tacula then converted four unanswered points afterwards to seal a 56-48 victory for UE against the skidding Ateneo.

The Lady Warriors mustered 40 inside points to the Lady Eagles’ 16. Villamor carried Ateneo with 11 points, while Tina Deacon provided 10 points and 10 rebounds for the Blue and White.

Both schools’ next games will be on October 22 at the Filoil Flying V Centre at San Juan City against teams who beat them in the first round. UE (6-2) eye revenge against UST at 10:00 AM, while Ateneo (2-6) will play archrivals De La Salle University earlier at 8:00 AM.