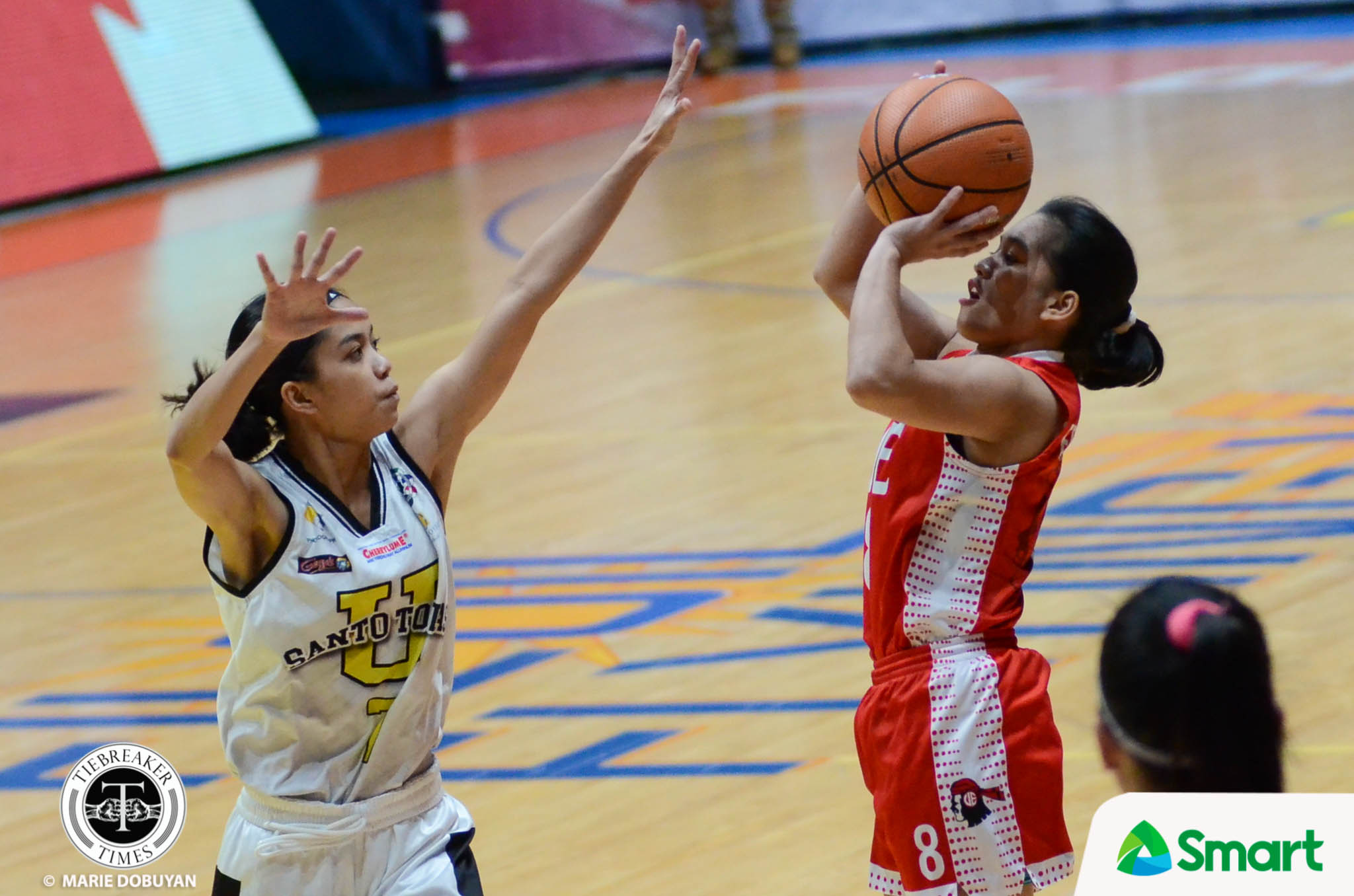 The University of the East Lady Warriors got back at the University of Santo Tomas Growling Tigresses, 66-62, Sunday morning at the Filoil Flying V Centre in San Juan City. And the Lady Warriors had to scratch and claw their way to victory, as the tilt turned highly physical and emotional.

Coming into the game, the Lady Warriors were riding a two-game winning streak, with their last loss coming at the hands of the Growling Tigresses last October 4, 2017, 49-54.

With pint-sized guard Joyce Francisco proving the spark in a 13-4 rally, the Lady Warriors were able to gain a game-high 57-43 lead with 4:19 left.

But as the game wore on, the physicality increased. With 3:07 left, UST forward Bets Peñaflor was called for her second unsportsmanlike foul with 3:07 left after an elbow on Francisco. During a brief confrontation after that, Love Sto. Domingo was also called for a technical foul.

Fired up, the Growling Tigresses toughened up their pressing defense, forcing the Lady Warriors into four straight turnovers. On the other end, Jhenn Angeles ignited an 8-0 run to cut the lead to just six, 60-54, with 1:53 remaining.

UE were able to stop the bleeding after breaking UST’s press with 1:43 left, as Bianca Ramos was able to convert on a tough basket, while free throws by Ruthlaine Tacula extended the lead to 10 with 1:22 left.

But the Growling Tigresses did not go down easily, as an Angeles triple, an under the basket stab by Sai Larosa, and another three by Angel Anies sliced the lead to just four with 20.5 ticks on the clock. However after forcing the Lady Warriors to a five-second turnover — their 21st error in the contest — the Growling Tigresses ran out of gas, seeing their six-game winning streak fall.

The Lady Warriors will next face the hapless University of the Philippines Lady Maroons on Wednesday, October 25, at 11:00am while UST look to bounce back on the same day against the Ateneo de Manila University Lady Eagles at 10:00am. The former will be played at the Blue Eagle Gym, while the latter will be hosted by the SM Mall of Asia Arena.