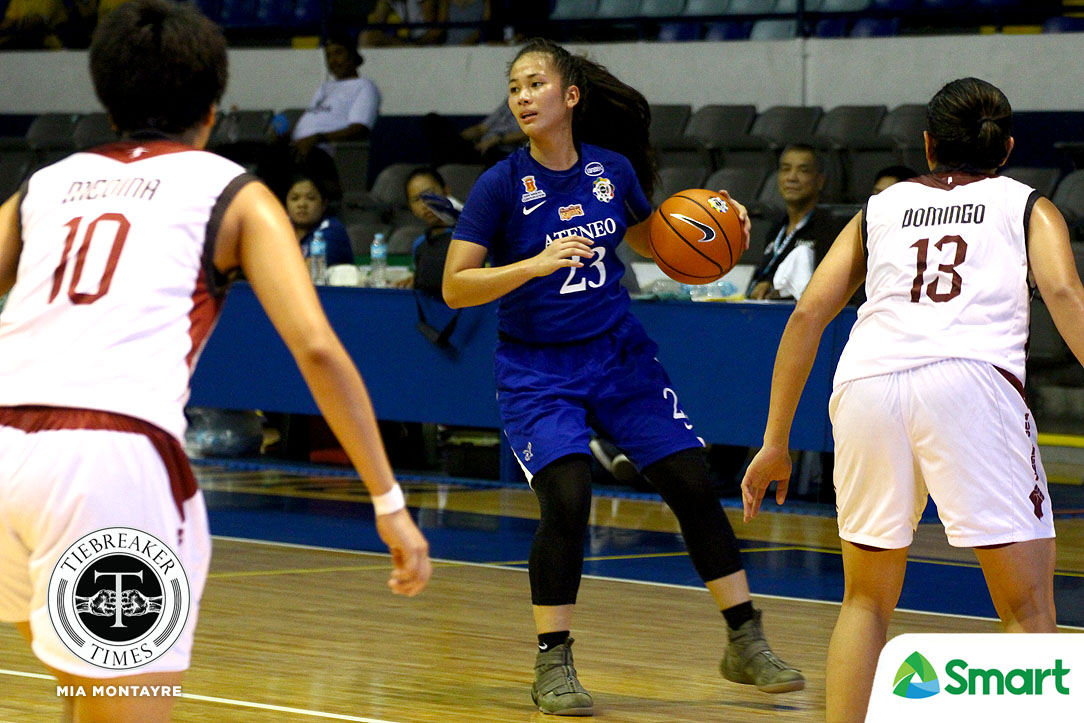 With nothing left to play for but pride, the Ateneo de Manila University Lady Eagles survived a determined University of the Philippines Lady Maroons in a 44-42 thriller, Wednesday morning at the Blue Eagle Gym.

“That was a close call. I’m glad we won. We’re dedicating the last few games for our seniors (and) of course the community because we want to end on a good note,” commented Ateneo coach John Flores.

The two schools engaged in a shootout in the first half, as the Lady Eagles accrued a slender 19-18 edge at the break. Upon the game’s resumption, State U went on a 12-3 run to capped off by Iriss Isip’s three to lead 22-30 past halfway the third period.

Ateneo then got their biggest lead at 40-30 thanks to Buendia’s stab in the paint early in the final period. That basket should have sealed the ballgame, but the Lady Maroons retaliated in spectacular fashion.

Therese Medina’s lay-up finished a 12-2 run that leveled the ballgame at 42-42 with only 2:59 remaining on the clock. However, UP failed to break the barrier, and a Jhazmin Joson teardrop handed Ateneo a 44-42 edge with just 41.8 seconds remaining.

The Lady Maroons failed to find an answer for Joson’s basket, and the Lady Eagles narrowly escaped with a 44-42 win. “It’s a good thing 80 percent or 70 percent of the instructions were followed and I think that made the difference and the defense in the end,” explained Flores.

Ateneo’s bench points won the game, with 32 compared to State U’s 4. It made up for the Lady Eagles’ starters, as they provided 12 points versus the Lady Maroons’ 38.

Isip led UP with 17 points, while Pesky Pesquera got 13 rebounds for the Lady Maroons.

Both schools will end their season on November 11 at the Smart Araneta Coliseum. Ateneo (4-9) will look to spoil the Far Eastern University’s season at 8:00 AM, while UP (0-13) hope to prevent a winless season against the De La Salle University afterwards at 10:00 AM. 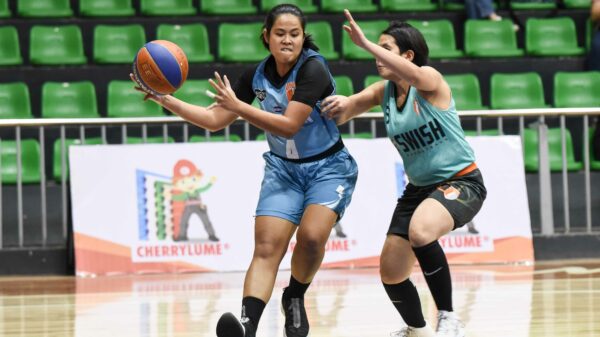