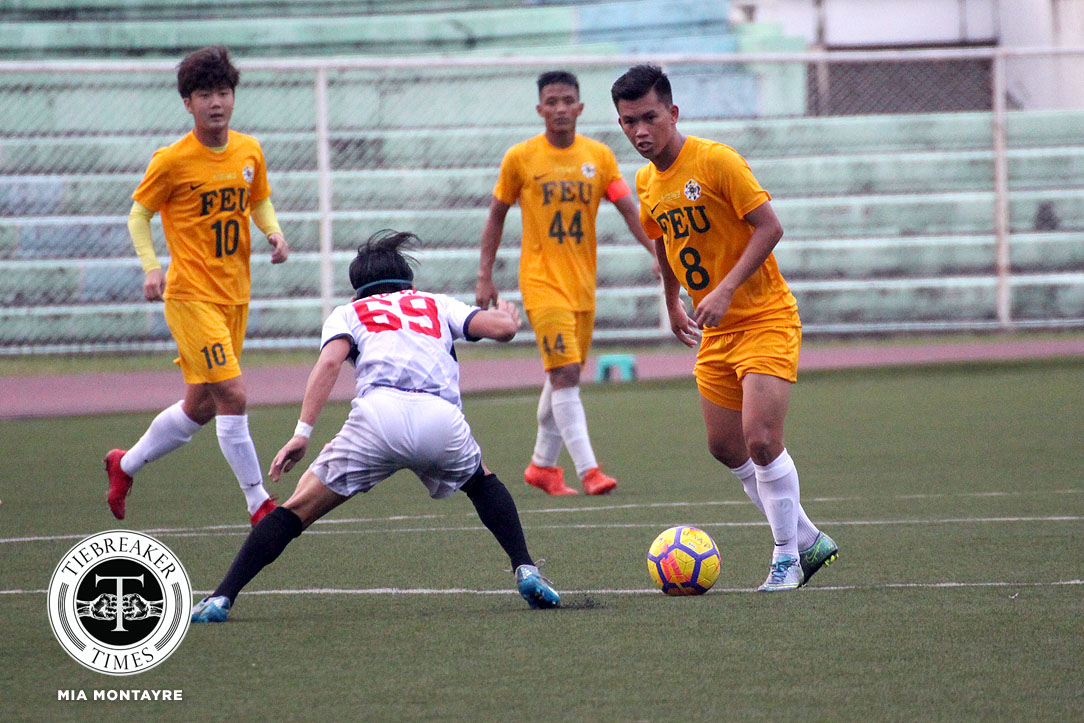 A wasteful University of the East Red Warriors squad were forced to a 0-0 draw by the Far Eastern University Tamaraws, Sunday afternoon at the Rizal Memorial Stadium in Manila.

It was the Tamaraws’ first point in the UAAP Season 80 Men’s Football Tournament after two losses while the Red Warriors were left to lament a result that should have been their second win.

The Red Warriors controlled the proceedings in the first half and managed to have a few sniffs at the Tamaraws’ goal as Mark Lerion’s freekick forced a save from FEU goalie Ray Joyel while Regil Galaura shot wide.

At the other end, UE goalkeeper Frank Rieza’s goal was relatively unharmed as the Tamaraws failed to impose themselves in the contest. With both teams drawing blanks at halftime, something special was needed to break the deadlock.

That stalemate should have been breached early in the second half. A cross by UE forward Mar Diano reached an unmarked Jasper Absalon who miscued when the ball reached him.

Absalon should have scored and it went for him as he failed to convert another big chance. In contrast, the Tamaraws rarely troubled Rieza as the Red Warrior only needed to perform a routine stop against Resty Monterona’s freekick.

In last few minutes of the game, Lerion had another sight at the Tamaraws goal only for his attempt to be easily caught by Joyel. Ultimately, no goals arrived and the game finished as the first scoreless fixture of the season.

Up next for UE is De La Salle University on February 22, 9:00 AM. On the other hand, FEU shall go up against University of the Philippines on February 18, 1:30 PM. Rizal Memorial will host both games.