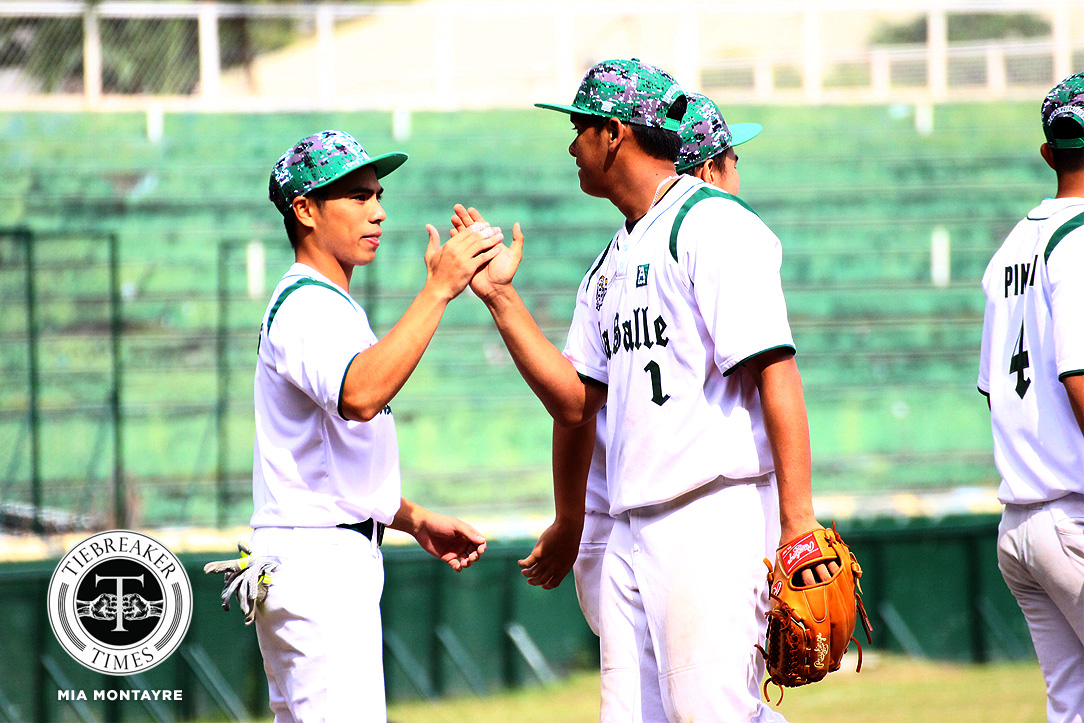 La Salle’s breakthrough win would not have been possible without fourth-year pitcher Kiko Gesmundo.

With the game knotted at 2-all, the Soaring Falcons threatened to pull away in the eighth inning. Adamson were able to load up the bases with two outs. Composed, Gesmundo was able to force a flyball that went straight to the outstretched arms of right fielder Diego Lozano.

Gesmundo pitched all nine innings and went up against 36 at-bats. He only gave up four hits and struck out eight batters.

The stagnant offense came alive at the bottom end of the inning. A fielding error by Adamson gave Josh Salinas base, while a sac fly by Paul Naguit moved him to scoring position. After a base hit by Jose Antonio Acuna led to the heroics of lead batter Paolo Salud, Salud’s grounder paved the way for a Salinas’ winning run.

#ReadMore  Air Padda takes aim at poor officiating: 'You need to be perfect as a ref'

The Green Batters were up 2-0 early but were answered right back in the fourth inning by last season’s Most Valuable Player runner-up Jerome Yenson. Yenson slammed the first home run of the season, bringing him and Erwin Bosito home.

La Salle only had two hits in the contest, leaving 13 runners stranded.