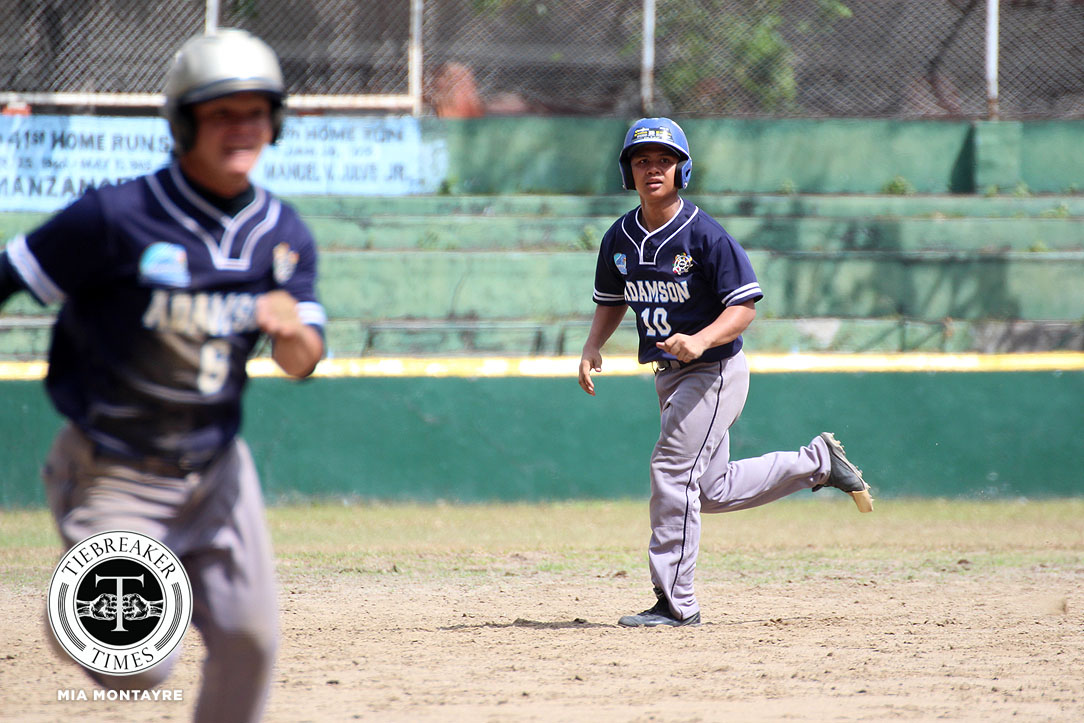 With the league reaching its penultimate stage, the finals-seeking Adamson University Soaring Falcons did not let up, pounding the National University Bulldogs, 13-4, Sunday morning at the historic Rizal Memorial Stadium.

This is the Soaring Falcons’ fifth straight win, last experiencing defeat back in February 14. Moreover, Adamson mainted its lead over defending champions Ateneo Blue Eagles with a 7-2 record.

Unlike in their past two games, the Soaring Falcons had a slow start, falling behind 1-2 at the end of the first four innings. A Clarence Caasalan triple opened up the scoring for NU in the first inning while an error by Adamson’s shortstop Bryan Castillo led to a Robin Libid run during the fourth inning.

Adamson, like a diesel engine, exploded during the fifth inning with a huge two-out rally.

Errors plagued the Bulldogs during that span while a Kyle Villafana double brought home two runners to cap a six-run inning that put Adamson up for good.

It was all Soaring Falcons from there as they were able to pick up three more runs in the sixth inning and three more to close out the contest.

Lexter Carandang, who relieved for Erwin Bosito, was the game’s winning pitcher as he allowed no hits in the 4 and 1/3 innings he pitched while fanning out five batters.

Bosito made it up on the offensive end, leading Adamson in hits with three. Steven Manaig slugged two triples as well.

Adamson is waiting for the result of the Ateneo-La Salle tilt. An Ateneo loss books Adamson’s ticket to the Finals.

The Soaring Falcons take on the DLSU Green Batters in their final assignment of the round on Wednesday, March 7. The Bulldogs close out their season against the UP Fighting Maroons on the same day.