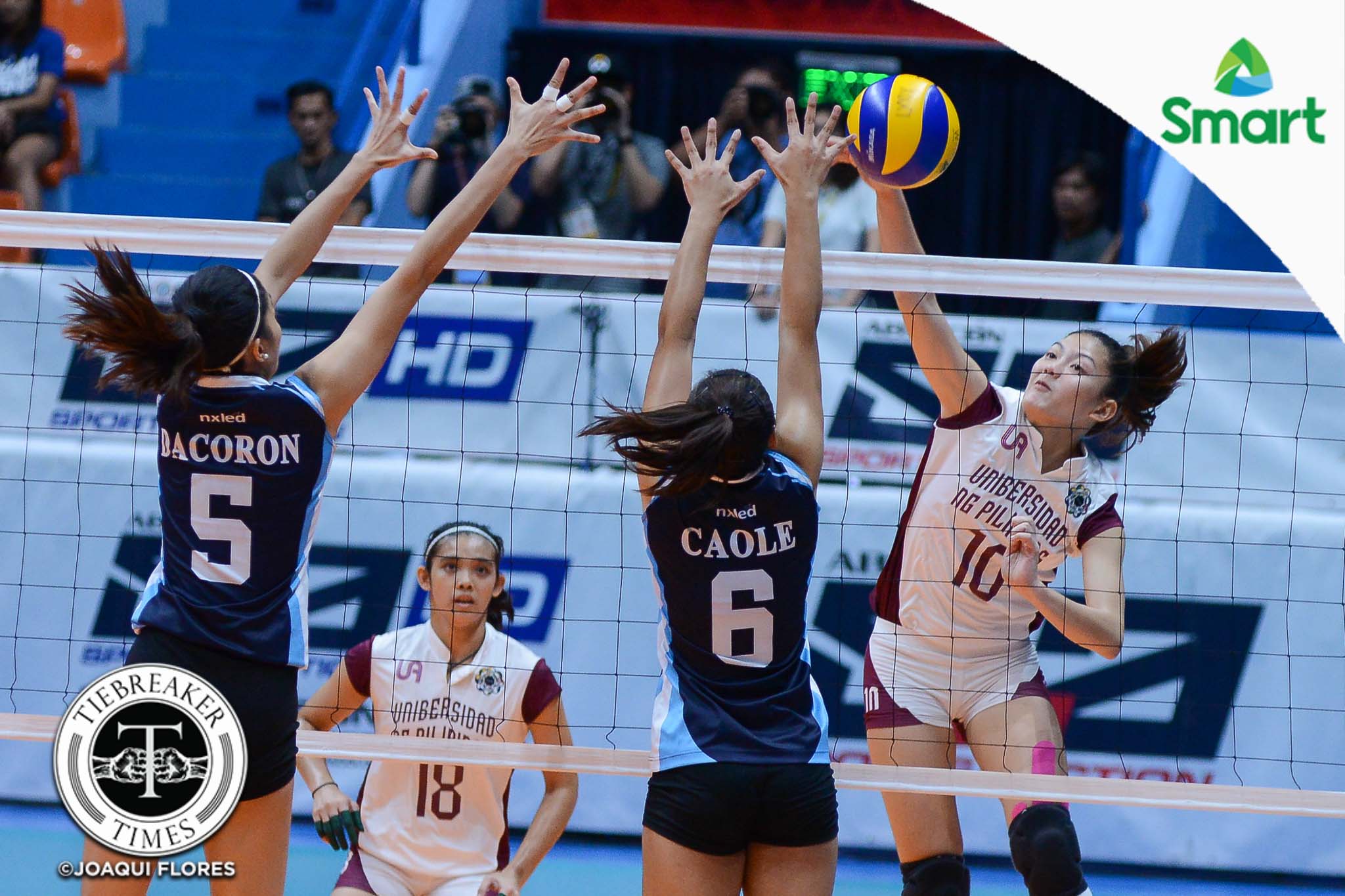 Caught in one of the tightest races for a Final Four spot in UAAP history, the University of the Philippines Lady Maroons earned a quick reprieve, sweeping the Adamson University Lady Falcons, 25-15, 25-16, 25-20, at the FilOil Flying V Centre.

Together with the National University Lady Bulldogs, Far Eastern University Lady Tamaraws, and University of Santo Tomas Golden Tigresses, the Lady Maroons came into Wednesday desperate for an edge in the standings. UP gained the cushion via solid play throughout the one-and-a-half-hour contest, stifling Adamson’s flimsy service reception for easy transition opportunities.

The Lady Maroons amassed 10 service aces to Adamson’s one, and doubled the Lady Falcons’ 21 attacks.

UP, after starting the season at 4-0 and looking like Final Four shoo-ins, suffered a four-match losing streak before going 2-1 in their last two matches.

UP currently hold solo fifth with a 6-5 ranking, half a game behind 6-4 squads NU and UST, and half a game ahead 5-5 FEU.

With pressure mounting from the community to repeat last season’s historic Final Four breakthrough, UP are focusing on their last three matches. They face NU on Sunday at the Smart Araneta Coliseum, before ending their season against UST then FEU.

Skipper Jema Galanza led Adadamson with 10 points. Adamson slipped to their 11th loss of the season, their 18th dating back to last season.