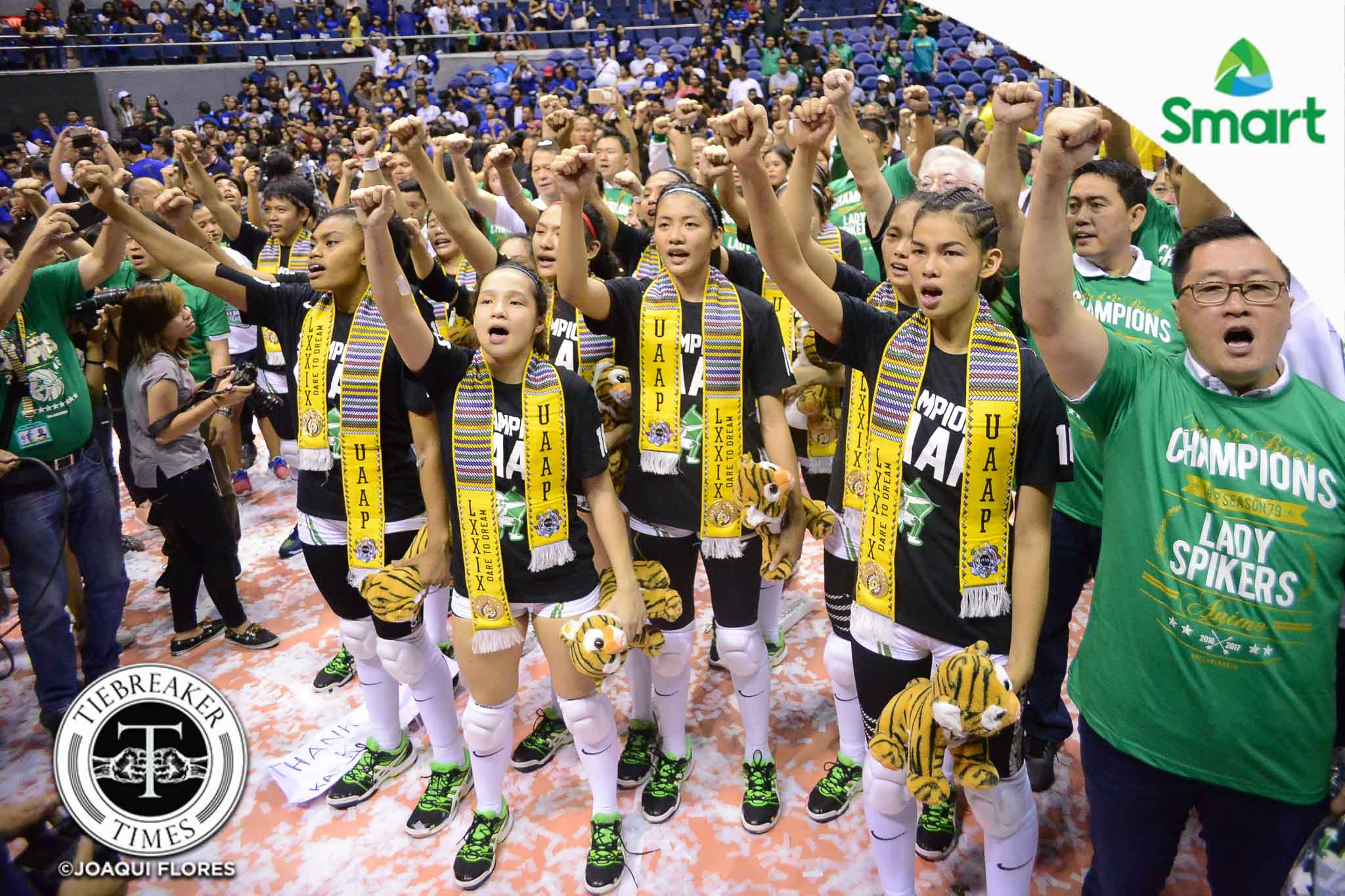 The De La Salle University Lady Spikers proved that elimination round matches are an entirely different beast from playoff games.

La Salle’s 0-2 record in the elimination round against the Ateneo de Manila University Lady Eagles did not matter in the Finals, as the Lady Spikers swept the best-of-three series against the Lady Eagles with a five-set conquest in Game Two, 19-25, 25-14, 18-25, 25-18, 15-10, at the Smart Araneta Coliseum.

The first two sets saw each team display their own brand of dominance. The Lady Eagles pulled away late in the first set thanks to laser-quick transitions, while La Salle’s heavy service game allowed the Lady Spikers to knot the match at a set apiece.

Ateneo gained the edge in the third frame after a La Salle lineup gamble went sour. From a one-point lead, the Lady Eagles nursed their advantage to a whooping 23-17. La Salle, however, showed their resiliency and countered with a quick fourth-set win to force a decider.

The Lady Spikers sprinted out of the gates in the fifth set, taking a 6-1 lead after continuous Ateneo miscues. The Lady Spikers continued their domination until the Lady Eagles mustered a comeback and trimmed the lead down to two, 8-10. Long rallies followed which La Salle used to extinguish Ateneo for good.

Pocari Sweat snaps out of skid after sweep of Air Force

Perlas bounces back in five-setter against Power Smashers