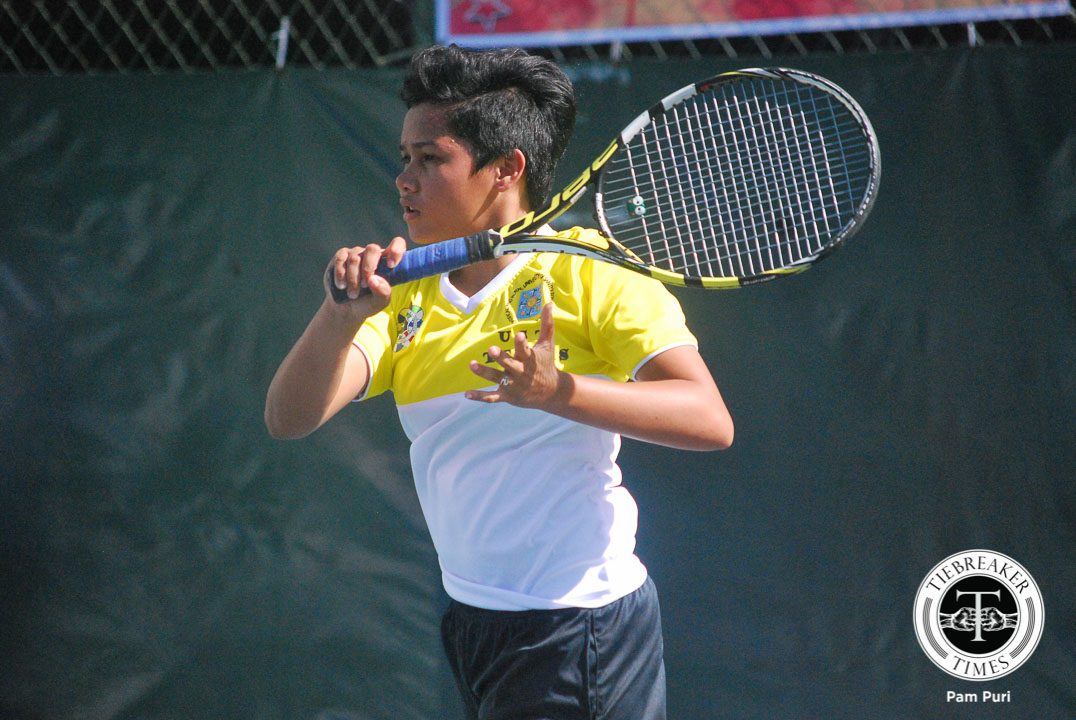 After carving out a dominant win against the University of the Philippines, the Tomasinas were challenged by the determined La Salle squad.

However, the Tigresses took care of the first doubles match and the second singles match to put themselves up at 2-1. April Santos and Ingrid Gonzales demolished Kianna Gacias and Kylla Orillosa, 6-0, 6-0. On the other court, Erika Manduriao finished off Chang Atangan, 6-4, 6-0.

With two matches left to be played, it was still anyone’s tie to win. In the end, Shymae Gitalan and Genevieve Caorte closed out their second doubles match and secured the tie win after wining in three sets over Princess Castillo and Jed Aquino, 6-4, 2-6, 6-3.

The Female Tennisters (2-0) will try to extract the lessons from their wins in their Finals rematch against the defending champions NU (1-0), Wednesday, February 22. Earlier that day, the Lady Archers (0-1) and the UP Lady Maroons (0-1) will battle for a maiden win.